Equal Pay Day symbolically marks the day of the year until which women, in purely mathematical terms, work “for free”. The Equal Pay Day Dresden alliance wants to draw attention to the issue of wage inequality and the discrimination of women in the labour market. Therefore, the 1st Long Night of Women will take place on Friday, 10 September 2021, from 4 pm.

For this occasion, we will open our archive and show a selection of artistic positions, interviews and performances by the artists Anna Till & Katia Manjate, Johanna Roggan, Flinn Works, Laila Soliman, She She Pop, Rosas, Dada Masilo and others.
We hope you enjoy browsing!

The 1st Long Night of Women is organised by the Equal Pay Day Dresden Alliance. This includes: the Equal Opportunities Commissioner of the state capital Dresden, the *sowieso* KULTUR BERATUNG BILDUNG Frauen für Frauen e. V., the DRESDNER Kulturmagazin, the Kreative Werkstatt Dresden e. V., the Landesfrauenrat Sachsen e. V. and the Lebendiger leben! e. V.
The cooperation partners are offering events on the topic of Equal Pay Day all over the city. You can find more information here.

Tipp Online-Magazin: Art is a Crane, #1 – 2018 – A Conversation with Johanna Roggan and Anna Till

In Germany, it is still being debated, but Rwanda has long since installed it: the women’s quota. The theatre and performance group Flinn Works has spent a long time researching why this small African country relies on feminism and what the Western world could learn from it for its production “Learning Feminism from Rwanda”. Journalist Matteo Baldi spoke with artistic director and performer Lisa Stepf. Read more in the HELLERAU online magazine.

The Egyptian director Laila Soliman is one of the international young theatre avant-garde and will be a guest at HELLERAU for the first time in 2021. In conversation with Leonie Kusterer, she talks about her work and the current situation of producing in Egypt. Read more in the HELLERAU online magazine.

Schubladen | A Generation Portrait by She She Pop | Radio Play

Six women, three who grew up in the East, three in the West of Germany, open their drawers. More than 20 years after the fall of the Berlin Wall, they set out to get closer.

To do so, they draw on autobiographical material: letters, diaries, each woman’s inner archive of images and music. She She Pop and her colleagues from the East are committed to polyphony, to collective narration. The gaps, inaccuracies and missing connections are part of the system. Who were we? Who are we? Why did we become this way?

Orange Beacon against Violence against Women on 25.11.2020 at the Festspielhaus Hellerau

“Rosas danst Rosas” is in many ways one of Anne Teresa De Keersmaeker’s “signature pieces”. In 1983, with this work, she completed the choreographic vocabulary she had sketched out a year earlier in her debut “Fase”, which marked the beginning of a long choreographic journey. Both choreographies are characterised by minimalist and abstract movements transformed in countless repetitions, as well as by a high structural seriousness. In contrast, the physical exhaustion of the dancers plays a major role in both “Fase” and “Rosas danst Rosas” – the pieces are imbued with an intense physicality and inner tension that counterbalances the relentless, almost mathematical logic of the composition. The space is structured according to geometric patterns, a characteristic that has been of utmost importance for Rosas’ creations ever since.
Read more in the HELLERAU online magazine. 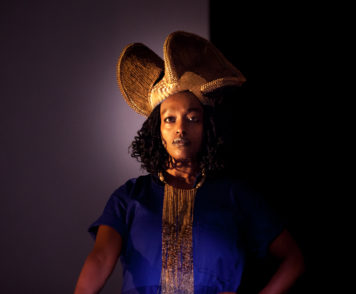