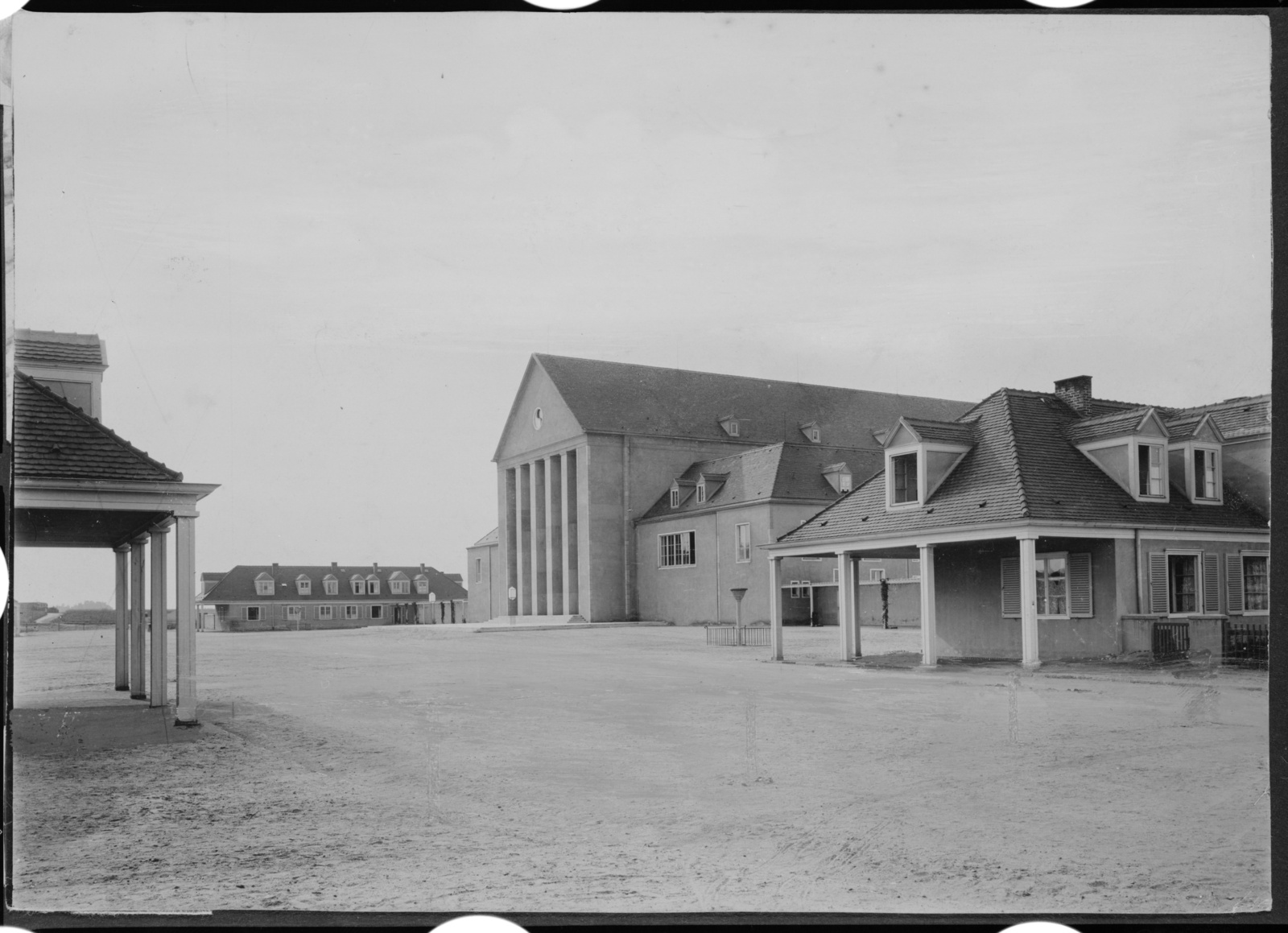 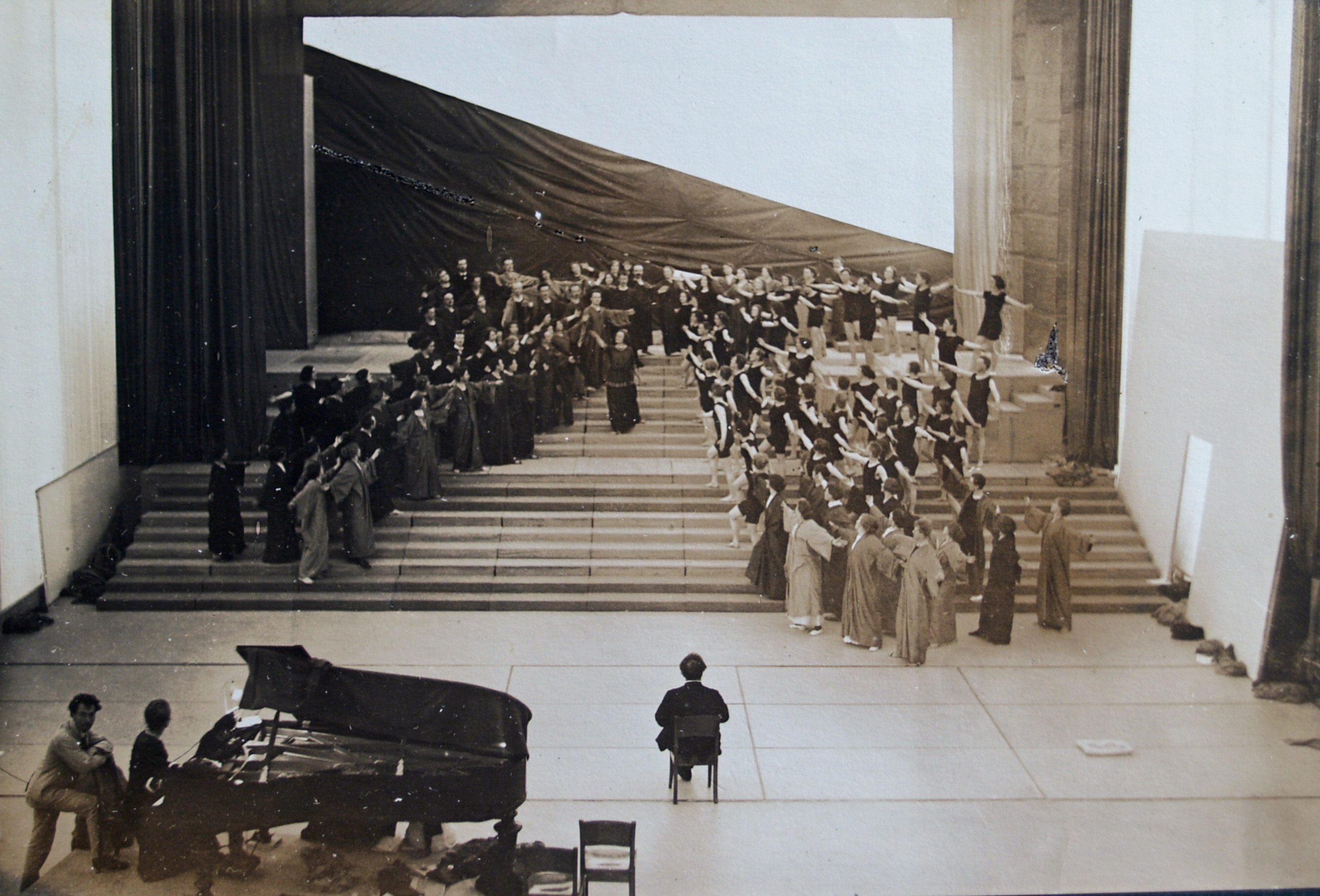 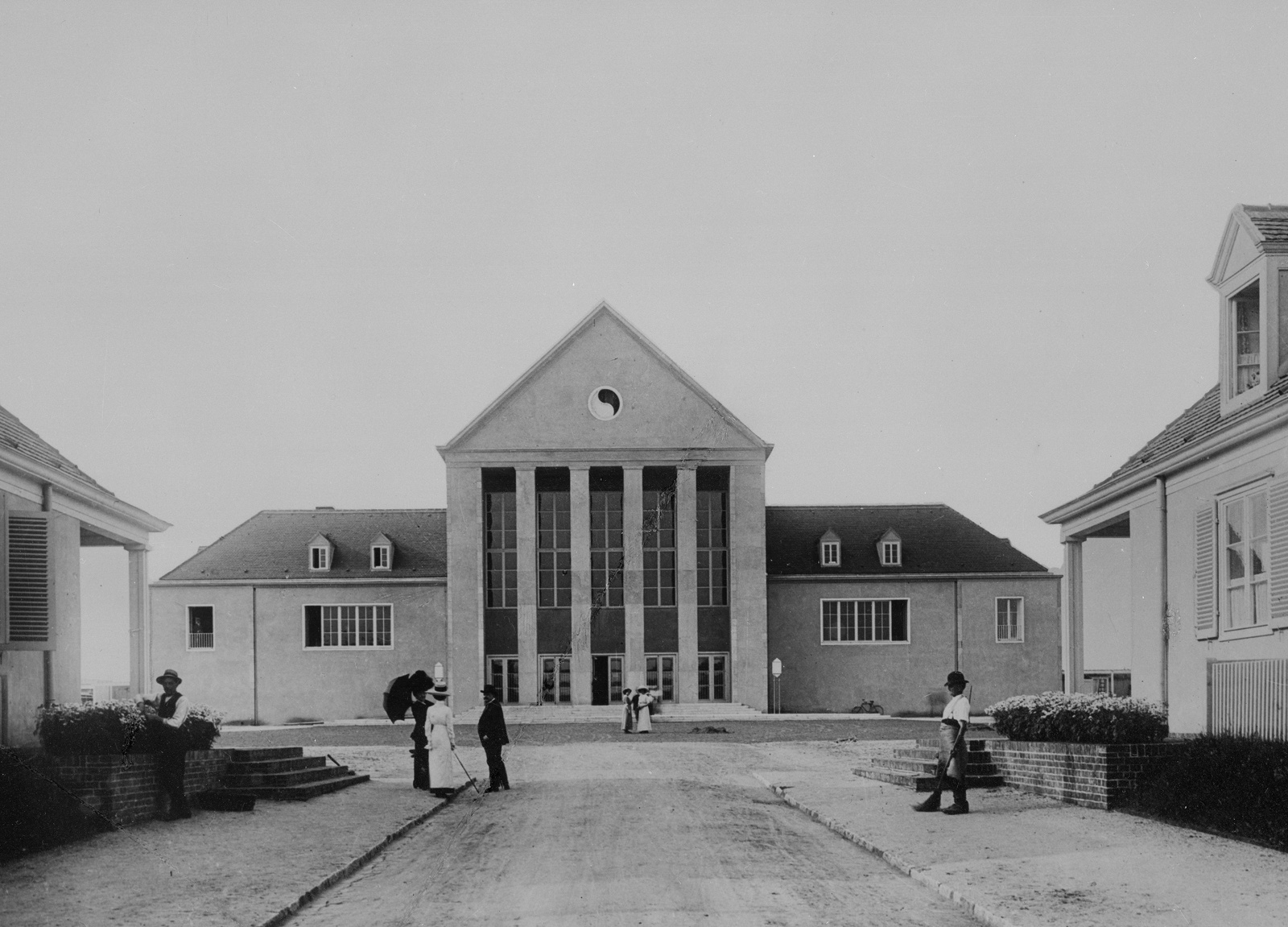 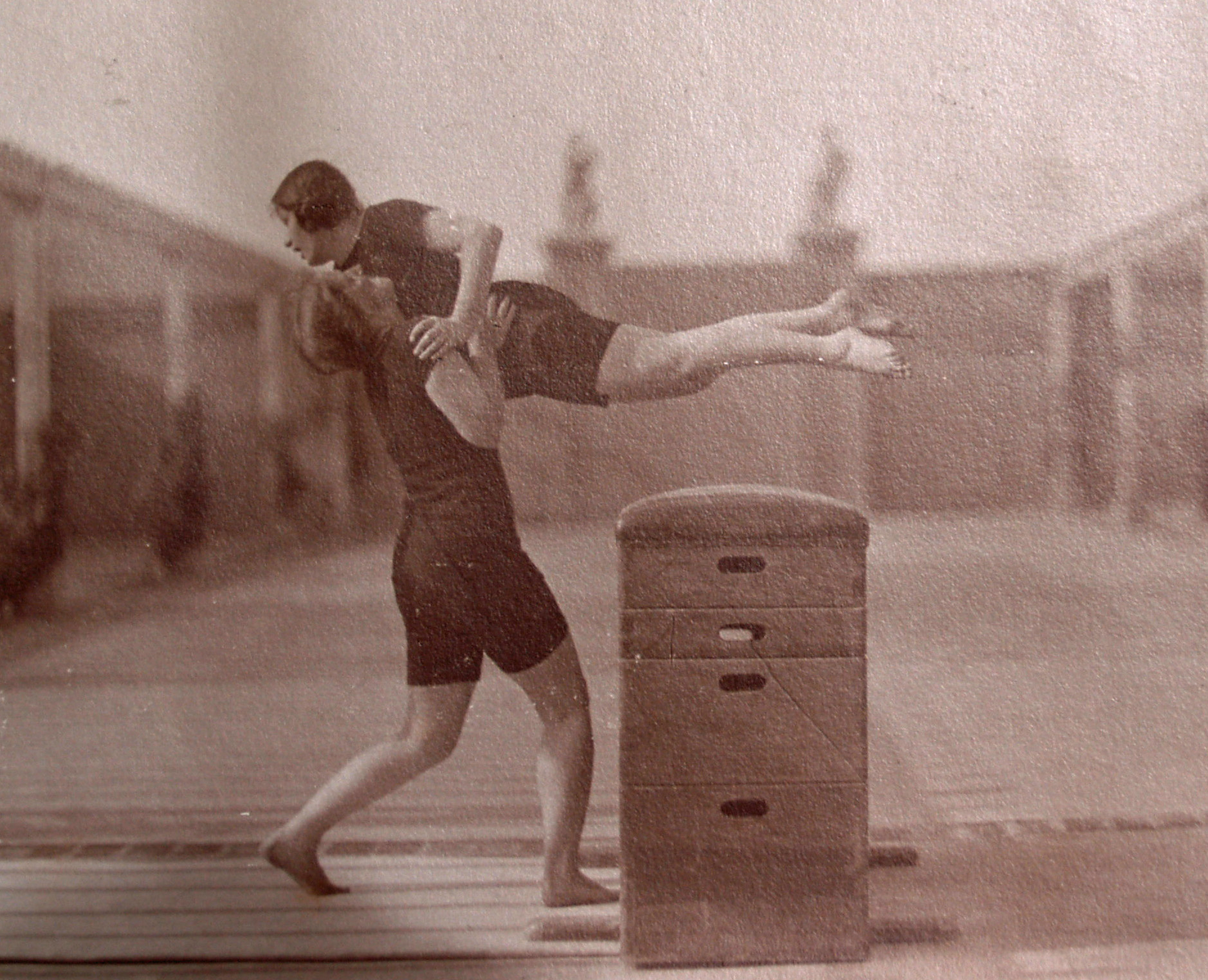 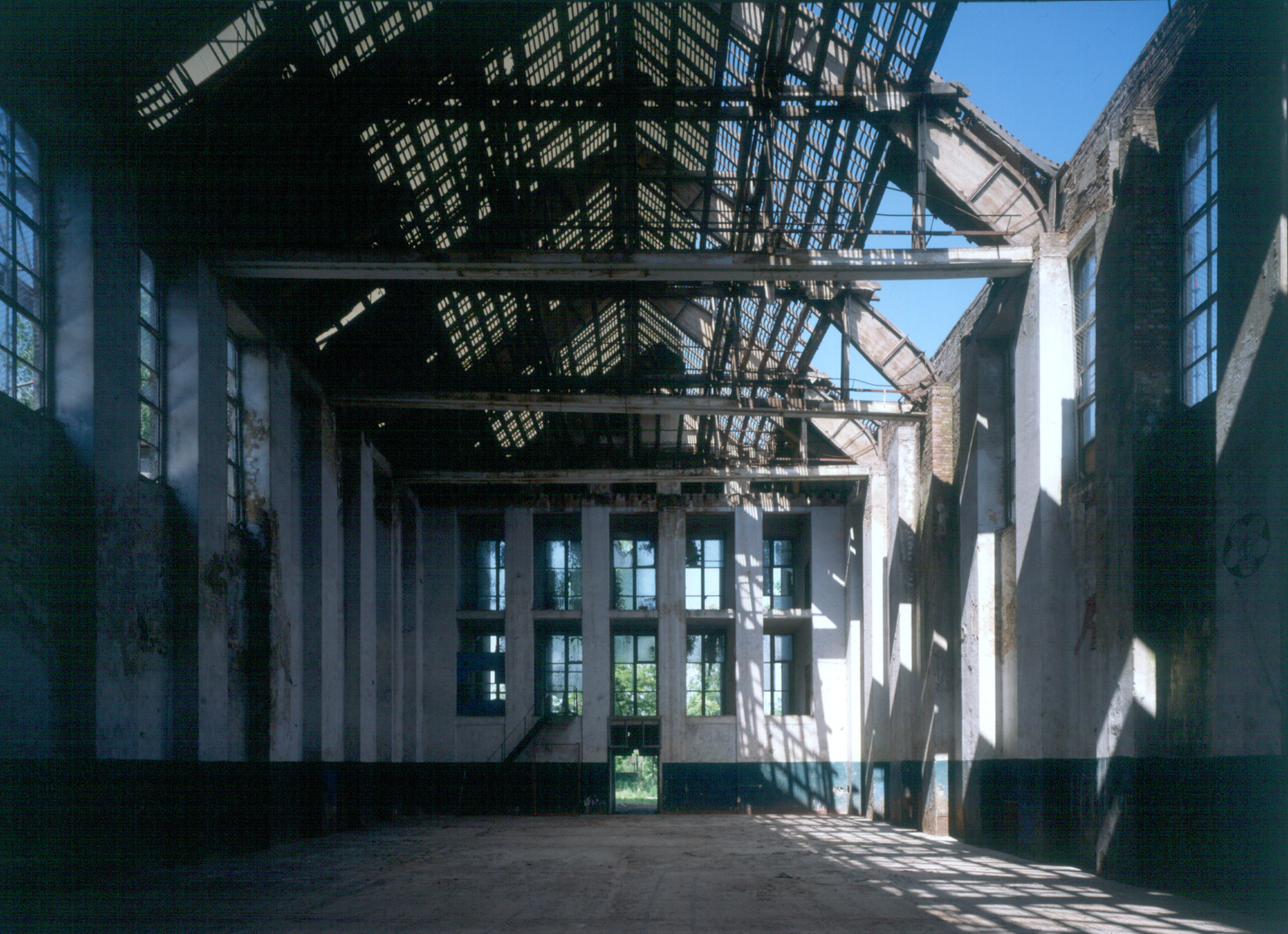 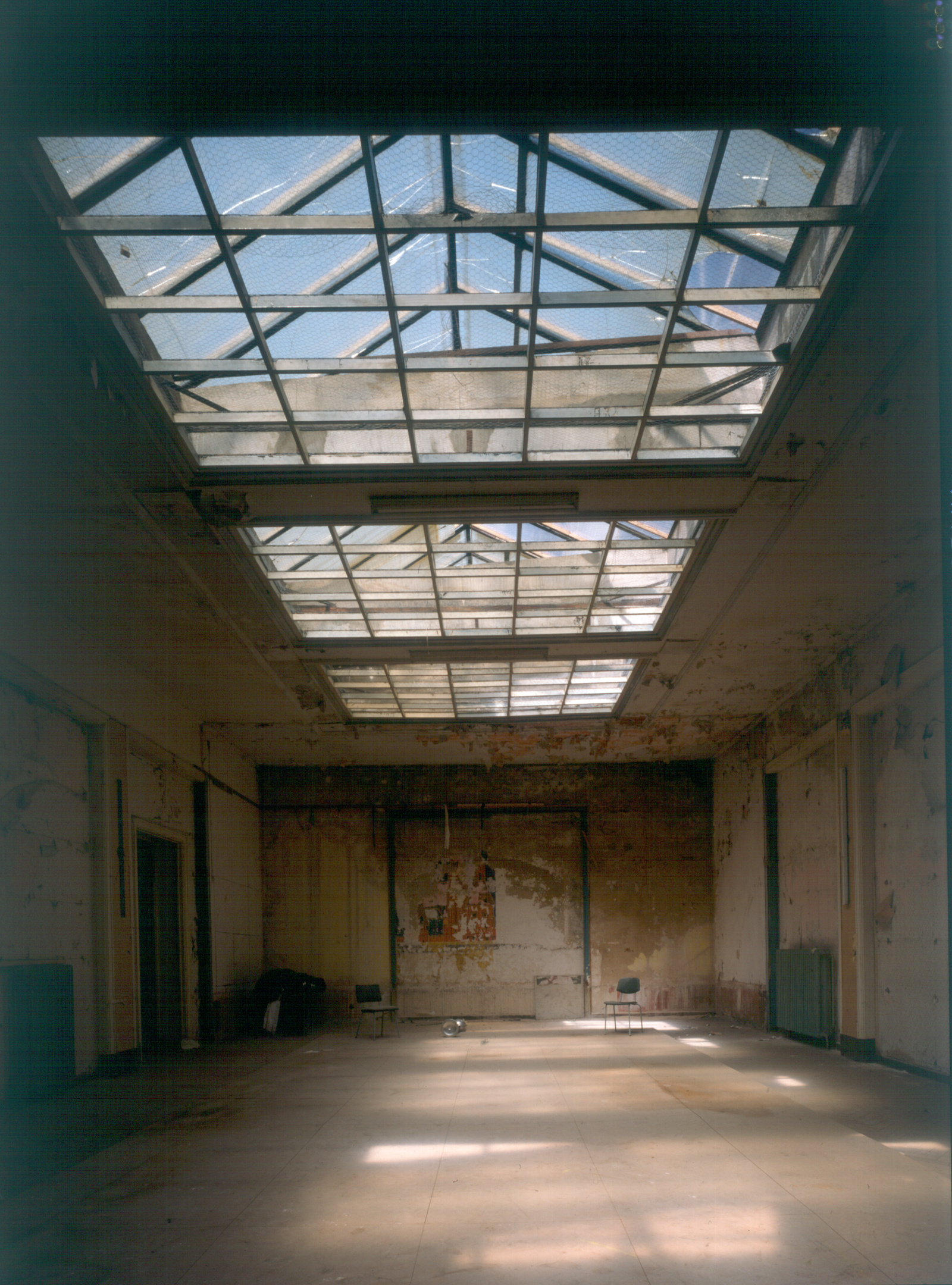 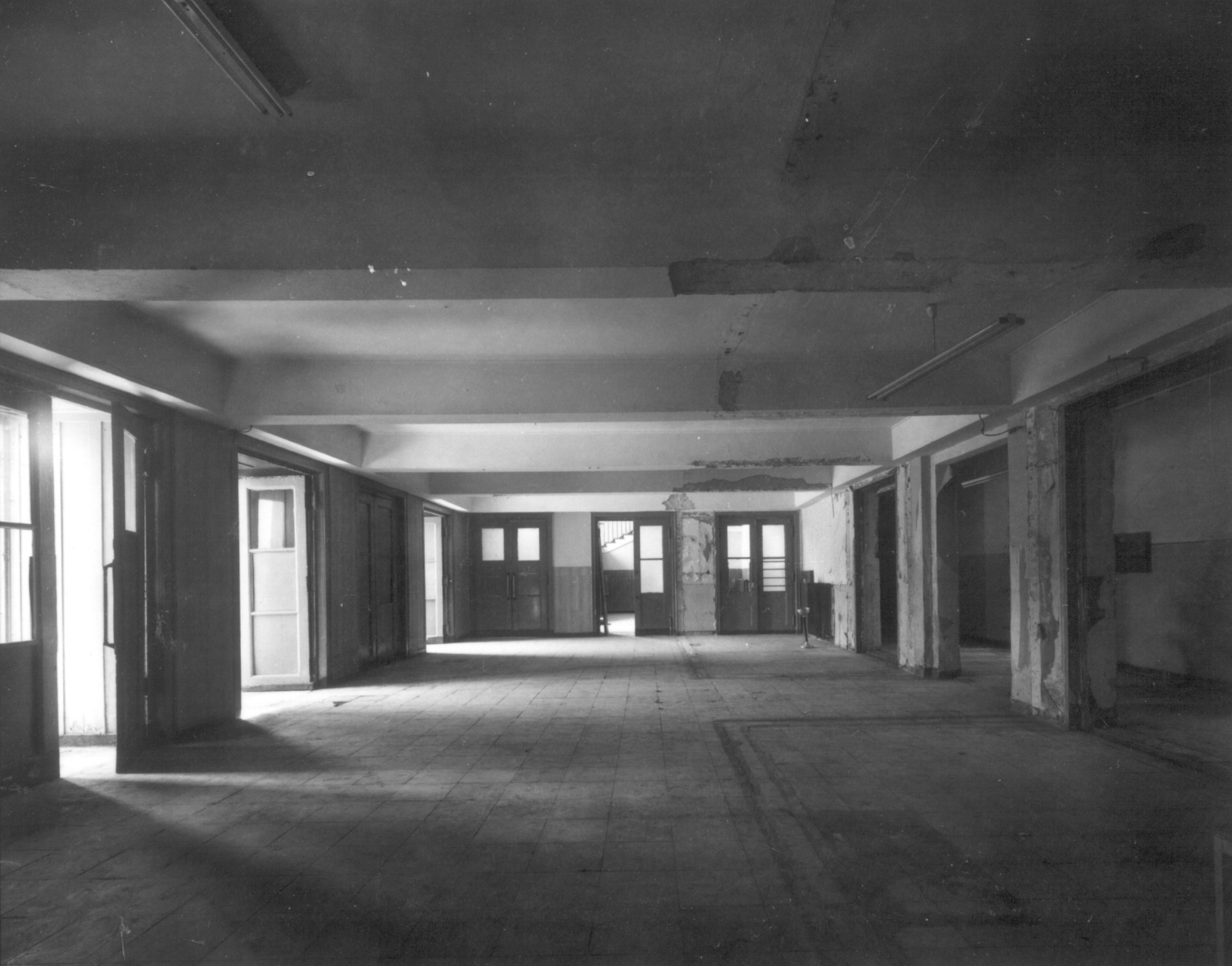 HELLERAU Festival Theatre was built in 1911 as a school of Rhythmics, its design based on the vision of Heinrich Tessenow, the pioneer of modern architecture, and the music educator Émile Jaques-Dalcroze. Today, it is home to HELLERAU – European Centre for the Arts. A City of Dresden theatre, HELLERAU is one of the most important interdisciplinary centres of contemporary art and is still regarded today as a source of inspiration for architecture, expressionist dance and modern design, and as the birthplace of Rhythmics teaching.

Then and Now – An Overview

Vision of the future

The myth of HELLERAU is fed by the vision of the craftsman and entrepreneur Karl Schmidt, who founded the Deutsche Werkstätten Hellerau and also created the first German garden city with the Hellerau housing estate in 1909.

In 1911 the festival theatre HELLERAU was built according to a design by the architect Heinrich Tessenow. Tessenow thus translated the visions of the stage designer Adolphe Appia and the music teacher Émile Jaques-Dalcroze into a spatial structure whose clarity and functional structure set the trend for modernism. This building was a visionary counter-design to all traditional theatre buildings: The hall designed by Appia with a retractable orchestra pit, freely installable stage elements and rows of audience seats contained no fixed fixtures, neither stage nor curtain, and was thus a “cathedral of the future” (Appia) in which audience and performers were to merge into a spiritual and sensual unity. A particular fascination, however, was the lighting concept developed by the Georgian painter and stage designer Alexander von Salzmann. The ceiling and walls were lined with white waxed cloth, behind which thousands of light bulbs created a diffuse, immaterial light, immersing the space, which had been freed from any naturalism, in transparency and transcendence.

The teachings of Émile Jaques-Dalcroze were also a counter-design to the previous dance and theatre tradition: At their centre is the “moving human being” who is educated to become a holistic individual through the targeted training of his rhythmic abilities, who unites art, work and life within himself, who not only “knows” but also “feels”.

Development from educational institution to centre of European modernism

Wolf Dohrn, a close friend of Karl Schmidt, had met Émile Jaques-Dalcroze and brought him to Hellerau. The newly founded educational institution quickly became a great success: Dalcroze began teaching as early as October 1910. At first it was mainly Swiss pupils whom he had brought to Dresden. But in the second year, students from all over the world came together. Among them was the young Mary Wigman, who later continued his teachings in her own style. At the first public school festival in the summer of 1912, called the “Festspiele”, the students performed scenes from Gluck’s “Orpheus and Eurydice”, as well as improvisations and group exercises, in front of 500 journalists and more than 4000 spectators.

The radically different staging approach in the Festspielhaus, diametrically opposed to the stage practices of the Semperoper in the centre of Dresden, caused – apart from rejection – great enthusiasm and Europe-wide attention. HELLERAU, then still a suburb of Dresden, thus became a centre of European modernism.

Two World Wars and the Alienation of the Art Venue

This golden age ended after only three years. With the sudden death of Wolf Dohrn in February 1914, HELLERAU lacked its tireless driving force, financial backer and visionary. Émile Jaques-Dalcroze and Adolphe Appia did not return to Hellerau in the summer of 1914 after a stay in Switzerland. After the outbreak of the First World War, the international students left the educational institution. But financial aspects also played a role. For example, Alexander von Salzmann’s ingenious lighting system caused enormous energy costs. In 1915, the educational institution went bankrupt.

And yet teaching continued at HELLERAU and experiments were made with new types of schools. The influential English educator Alexander Sutherland Neill, for example, founded a forerunner of his famous “Summerhill” school here. Dalcroze’s teachings were spread by branches of his school and their pupils not only in Dresden and Europe, but throughout the world.

In 1938, the Festspielhaus was converted into a police school – rhythmic teaching had already come to a standstill years before. The boarding houses that surrounded the Festspielhaus were demolished and replaced by military barracks. Later, the Waffen-SS used the buildings and grounds.

After 1945, the Festspielhaus served the Soviet army as a military hospital and later as barracks and gymnasium for paratroopers. Although the building was entered in the Central Monument List of the GDR in 1979, the Festspielhaus remained hidden from the state authorities and the public. Hellerau almost fell into oblivion.

After the withdrawal of the last soldiers of the Soviet army, the first initiatives began with the cultural revival of the tradition-steeped venue. In 1996, the festival “Theatre of the World” under the direction of Hannah Hurtzig performed great world theatre in the Festspielhaus. More and more institutions settled on the site, plans for restoration emerged, an architectural competition was announced. In 2002, the Dresden Centre for Contemporary Music moved to the Festspielhaus site and became the European Centre for the Arts Hellerau on 1 January 2004.

With funds from the Free State of Saxony, the interiors of the Festspielhaus were first restored according to plans by Munich architect Josef Meier-Scupin in line with Tessenow’s ideas and reopened on 7 September 2006 after two years of construction. From 2003 to 2018, the DEREVO dance theatre was a permanent resident of HELLERAU. From 2004, the Forsythe Company, now the Dresden Frankfurt Dance Company, took up permanent residence here.

Since 2009, the house has again been a year-round venue. With the completion of the façade in October 2011, the renovation of the Festspielhaus is complete. Under the artistic direction of Dieter Jaenicke, HELLERAU continued the heyday of the former festival. More and more, the venue developed into one of the most important centres of contemporary arts in Germany and Europe. The focus is primarily on contemporary dance and contemporary music, but modern forms of theatre and the contemporary visual arts also have a stage here, since 2018 under the artistic direction of Carena Schlewitt. As the European Centre for the Arts, HELLERAU was and is a growing “laboratory of modernity”.

SZ Immo-Magazin – Das Haus auf der Hellerhöhe
The Festspielhaus was once a masterpiece of reform architecture, remained below its potential for many years and is now being renovated piece by piece back into the current modernity.
April 2019

The extensive permanent exhibition of the Deutscher Werkbund Sachsen e.V. “HELLERAU – the idea of the Gesamtkunstwerk” on the foundation, history and current development of the house can be viewed free of charge from Monday to Friday and on public holidays from 11 a.m. to 6 p.m. (Sunday 1 May – 31 October 1 p.m. – 6 p.m.) in the West Side Building or you can take part in the accompanying guided tours.