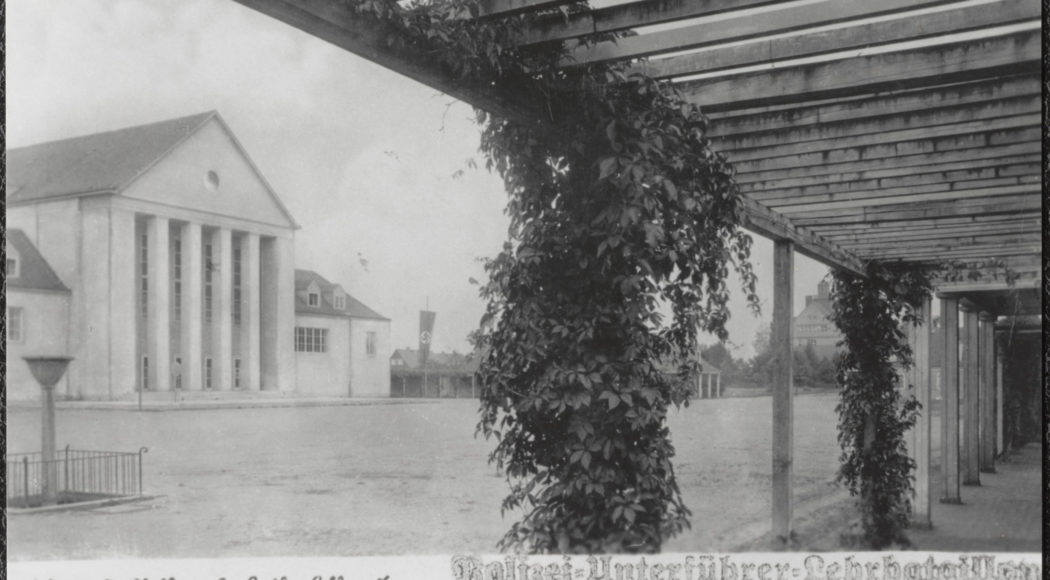 Those who forget the history of Hellerau will not understand the present.

Stones cannot speak. Stones are witnesses of time, but they remain silent. No matter how eloquent the buildings made of them may be. According to Dresden’s mayor of culture, Annekatrin Klepsch, Hellerau has a similar significance as a cultural heritage site as, for example, the Semper Opera House and the Zwinger Palace. “Hellerau is an expression of a reform movement at the beginning of the 20th century and stands as an antipode to the former residential city. But also as a nucleus for an artistic avant-garde as well as for new forms of engagement with society and its lifestyles in a big city.”

The history of the first years of the garden city has already been well researched, including the connections around former reformers such as Émile Jaques-Dalcroze. Such visionary artistic undertakings always bear the risk of financial failure, as happened at the time. The politician considers it all the more important that the Free State and the city have returned the former festival site to artistic use after the end of its barracks use and are also supporting this financially. “We must be concerned,” says Klepsch, “with making more than just the architectural heritage visible. That’s why artistic continuity in terms of a claim to the avant-garde is so important.” While the decades-long accommodation of the Red Army was an absolute outrage from today’s perspective, this cannot be equated with the police school that was set up there until 1945, she said. “During the Nazi dictatorship, people were trained here who then carried out massive violence throughout Europe,” the politician holds. “What happened afterwards was the result of the liberation of Germany by the Allies.” How difficult life was for the Soviet soldiers is currently another subject of research, she adds.

Councillor Tilo Wirtz has a similar view: “Even the conversion of Hellerau into barracks in 1938 was a rape of Heinrich Tessenow’s ideas, because the arrangement of the barracks wings and the resulting barracks courtyard destroyed the open piazza.” During the planning in the 1990s, this was not taken into account retroactively; no thought was given to history and Hellerau was only thought of in connection with the reform movement. Wirtz became suspicious when he learned that a police barracks had been established there since 1938. “The police and the SS were then led by Heinrich Himmler in personal union and were equally actors in the Holocaust.” The more this insight was confirmed and the sources could be factually condensed, the more important the topic became for the historically interested city councillor. “Especially in connection with the application for the title of World Heritage Site, we must not expose ourselves to the accusation that Dresden would do nothing for such a reappraisal. In the course of the 2000s, there was an increasing wealth of material on this subject.” What drove him to dig deeper was “the knowledge of gaps in the reappraisal that are no longer acceptable today”. He counters the sometimes still held opinion of Dresden as an “innocent city”: “It was not only the SS that was responsible for atrocities, especially in the countries of Eastern Europe invaded by Germany, but it was also regular police units. People who came of age in the 1920s. People who knew what they were doing.” He said he had to realise that the period from 1933 to 1945 was far too badly dealt with in Dresden. “The focus on 13 February obscures the view of the time before, there is a fatal lack of interest, even ignorance. Nobody wants to get involved. But the police school in Hellerau did not train traffic police officers.” From the summer of 1943, this institution was called the Hellerau I Police Weapons School.

How to deal with this legacy?

Researching the content of this misuse is an important concern also for historian Stefan Dornheim from the Dresden City Archives. “In order to prepare well for the UNESCO application, we have to massively reappraise this period and present a concept of how the city society wants to deal with this heritage. There were dazzling and dark sides, of which we still know too little. But one should be able to give valid information.”

He sees the successful cooperation between the cultural office and the Institute for Saxon History and Folklore (ISGV) as an ideal case in this respect. Robert Badura, who is entrusted with the project, and Claudia Dietze are connected not only by historical interest, but also by a longstanding collaboration with the front-of-house staff of the European Centre for the Arts. They are familiar with the subject matter to be investigated and have already begun to sift through surviving material. Badura is now researching further material, for example on the organisational integration of the various institutions. Since the police apparatus and thus also the police school were formally state institutions, Badura is primarily working in the Main State Archives and the Dresden City Archives. Admittedly, the large file holdings in Moscow, which are subject to embargo periods and are still not accessible, as well as pandemic-related restrictions in the Berlin federal archives are still problematic.

However, Claudia Dietze and Robert Badura have already been able to sift through a great deal of local material on the Garden City and are thus aware of how quickly the NSDAP was able to gain a foothold in Hellerau, how quickly the mayor of the time implemented the directives imposed from 1933 onwards and reported, for example, how happy he was about the decline in unemployment. He is also said to have proudly announced celebrations of the NSDAP local group.

With the incorporation into Dresden in mid-1950, all the records were transferred to the municipal archives. They describe drastic changes such as war preparations and flight exercises, but also all building matters as well as files on so-called community care and festivities. With their examination, it could be answered how civil society dealt with the police school, whether there was more cooperation or people felt disturbed. Stefan Dornheim wants to know to what extent the police school was seen as a foreign body or whether there was an amicable coexistence. “After rough sifting, we know that there were definitely complaints against massive police exercises. But in addition to shared use of the sports field and cinema events for the community in the Festspielhaus, there were also folk festivals that were part of clear traditions. Research on völkisch ideology shows that these currents already existed before 1933 and that the Lebensreform movement took quite different turns, from a general reform movement to völkisch esoteric developments. So it wasn’t all liberal and international, as was later readily assumed.”

Thomas Nitschke and Justus H. Ulbricht have also already done research on the blind spots. An article by Thomas Nitschke in the colloquium volume on the World Heritage application provides illuminating details on Hellerau as a “centre of the Völkische movement”. Furthermore, Claudia Dietze dealt with such and other aspects of the past in her master’s thesis written in 2017. Together with Robert Badura, she offers guided tours on the topic of “The Garden City under National Socialism” in order to impart as much knowledge as possible about this chapter of German history. “Interest in the subject has not waned,” she reports and considers further research important: “This is work against forgetting. What happened should be remembered for future generations. Behind all developments there are always people, individual people, who must not be forgotten. One aspect that has not been sufficiently illuminated to date is that there was also a Jewish population in Hellerau about which little is known. “This must be dealt with at all costs, this is remembrance work!

“History only becomes real when all sides are illuminated, including the bad sides.

For Robert Badura it is clear that the “myth of Hellerau” must be given a corrective. “It was not an island of the blissful that emerged from the Lebensreform and sank again after a dozen years until it reappeared after reunification. We have the motivation to bring more light into it. Hellerau should not be declared a place of evil, but it should be portrayed as real.” Claudia Dietze adds: “History only becomes real when all sides are illuminated, including the bad sides. Thomas Nitschke reports in the aforementioned colloquium volume, for example, that there were “significant overlaps between the Lebensreformers and the Völkische”, but that the Völkische movement also distanced itself from the ideas of the Lebensreformers. Nitschke notes: “The rejection of political liberalism and the fight against basic humanist values, however, remained alien to most Lebensreformers”. Nor did the Lebensreformers follow the “rigorous anti-Slavism and anti-Semitism” found in völkisch currents.

According to Robert Badura, there is much to be learned from the files on the Festspielhaus and the Gartenstadt, such as the use of the building by the police and the SS, to references to ranks and the daily life of the instructors. He emphasises his ambition to find out much more about the perpetrators’ perspective as well as about what happened later at the places where those trained in Hellerau were deployed.” Piece by piece, it could be worked out that in 1934, for the first so-called Reich Theatre Week, the operas “Alcestis” and “Iphigenia in Aulis” by Christoph Willibald Gluck as well as Handel’s “Julius Caesar” were performed in the otherwise often empty Festspielhaus, that the square had already been renamed Adolf Hitler Square a year earlier and closed to the public from 1938/39.

Subsequently, military and police institutions had entered into close contact and exchange, and a military complex had been created in the north of Dresden with the airport and military training area on the Heller as well as the National Political Education Centre at the former Landesschule. The German workshops were considered important for the war effort.

Robert Badura states that he is surprised and pleased “that funds have been freed up in Dresden in the last few metres of this double budget to promote something here for historical reappraisal.” But how should the results of all this research be dealt with in the near future? Annekatrin Klepsch, the mayor of culture, can imagine educational projects such as more guided tours on the grounds. To this end, she says, there are still talks with the monument conservation authorities, the architects and the planning office for the current conversion of the east wing. However, she also sees it as a task to create an awareness for all future guests of the Festspielhaus: “Attention, there was also this chapter in the history of the house!”

Those who would like to learn more about the eventful history of the Festspielhaus and the Garden City will find further literature references in the online article at www.hellerau.org/magazin.