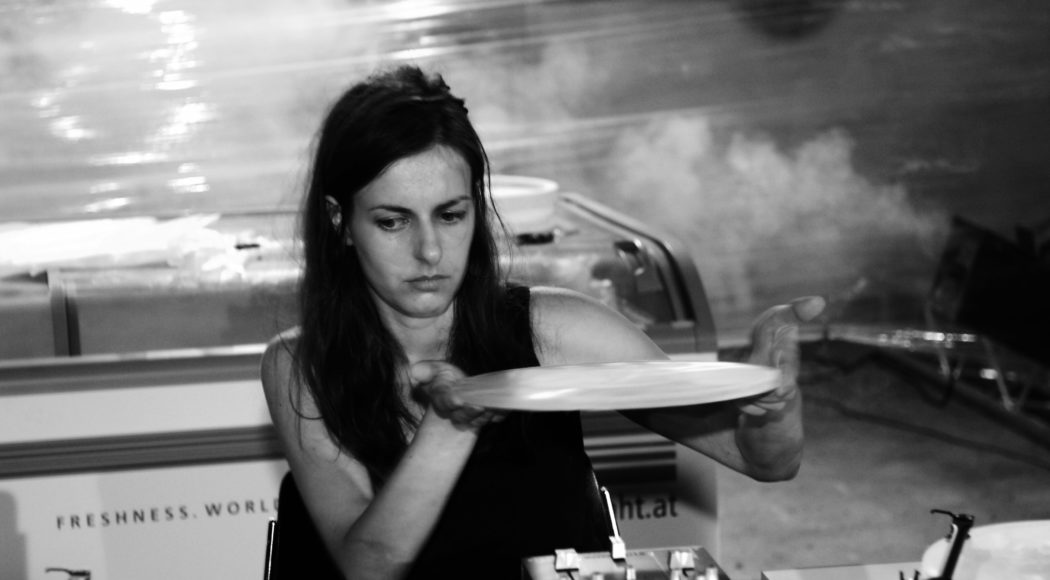 Hungarian-born László Moholy-Nagy is known as a formative painter, photographer, designer and director of the Bauhaus. His revolutionary achievements as a media pioneer are probably less well known: as early as 1923 he worked on shellac records with linocut tools and thus used the still young medium of records for experiments: “Moholy-Nagy saw the musical future in records. But he protested against using it only as a means of reproducing performances. We experimented together, let them run backwards, which resulted in surprising effects, especially with piano records. We drilled them eccentrically, so that they did not run regularly, but ‘eated’ and produced grotesque glissando tones.” (Hans Heinz Stuckenschmidt 1923) “Tribute to László” follows Moholy-Nagy’s curiosity not only to use new media as new means of reproduction, but also to understand them as new tools for creative work with works by the label RASTER and Claudia Märzendorfer, among others. At the same time, the record is celebrated, which mysteriously stands for archiving and tradition as well as for the fragile and transient. RASTER. is one of the internationally most successful labels in the field of experimental music and electronic arts, in the “RASTER. Labor”, artists* explore the dynamic and mysterious fields of generative composition in minimalist installations. For “Tribute to László”, a vinyl hardware setup by Byetone and Mieko Suzuki is presented in HELLERAU. The day before, RASTER. invites to the Long Night of Electronic Music on September 13 at the APPIA Stage: After “RASTER. electric campfire” had been a successful festival format at the Villa Massimo in Rome for ten years, it will now take place for the first time in Germany after last year’s guest performance at Peterhof (RU). The artist Claudia Märzendorfer from Vienna has been presenting “Frozen Records” since 2005 in various settings at international music festivals and institutions. “Frozen Records” thematizes in a fascinating way the disappearance, the filigree and tenderness in art, but especially in music. The ice records produced in simple but protracted processes, which can only transmit sounds to the audience for a short time in a performance before they dissolve and fall silent again, are not only a medium but also a sculpture: monuments of the age of technical reproducibility at the moment of recognition of transience.