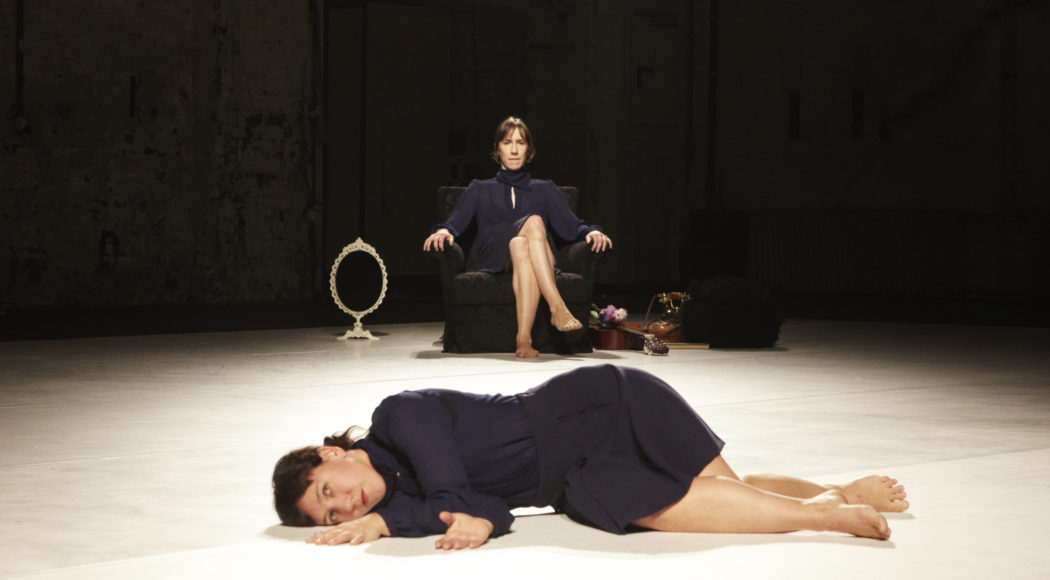 From 22 January until April 2021: Participate in a recurring dialogue in several episodes to share knowledge and resources with cultural practitioners and audience members!

This weekend, the many participants of the Tischgesellschaft will introduce themselves for the time being, as well as their plan to discuss sustainability and participation with the audience. They will open their archive with various podcasts, videos from the rehearsal process and an audio walk for you. The workshops and discussions that should have taken place live with the audience will be shared in various digital formats from then until April.

Among them are the artists of the fachbetrieb rita grechen collective: In the form of an audiowalk, visitors to the Tischgesellschaft in Dresden will be guided on an individual route through solo paths of remembering and repeating.

Listen in and browse here now!

In order to explore the economies and principles of sustainability and sharing from an artistic point of view, Antje Pfundtner in Gesellschaft will host a multi-part Tischgesellschaft with HELLERAU-Europäisches Zentrum der Künste from 22.1.2021, which will focus on re-performance and open up dialogue between national artists, sociologists, philosophers, archivists and spectators.

In the spirit of repetition as a gesture of transmission, the table society “Back again!” is planning an online programme in several episodes, consisting of processes of re-enactment, audience conversations, lectures and panel discussions knitted around the questions: What reusable resources does a play hold? What does revival have to do with sustainability? What is the function of waste in art? What produces repetition? For whom does one perform something again?

Antje Pfundtner in company, who is better known at HELLERAU for her choreographies, opens the discourse of re-performance with her own re-performance process of her piece “Vertanzt”, premiered in Hamburg in 2011. Due to the lockdown caused by the pandemic, no revival will take place in front of an audience. Antje Pfundtner shares her working process of re-appropriation, which lasted several weeks, and the reflections on it in company in a film documentary, which HELLERAU – European Centre for the Arts will broadcast on 22.1.2021.

As they cannot be present, the Tischgesellschaftler:innen have left voice messages to introduce both themselves and their project to discuss sustainability and division with viewers. They will gradually upload different podcasts, videos and audiowalks until April and also invite to live digital discussions or workshops.