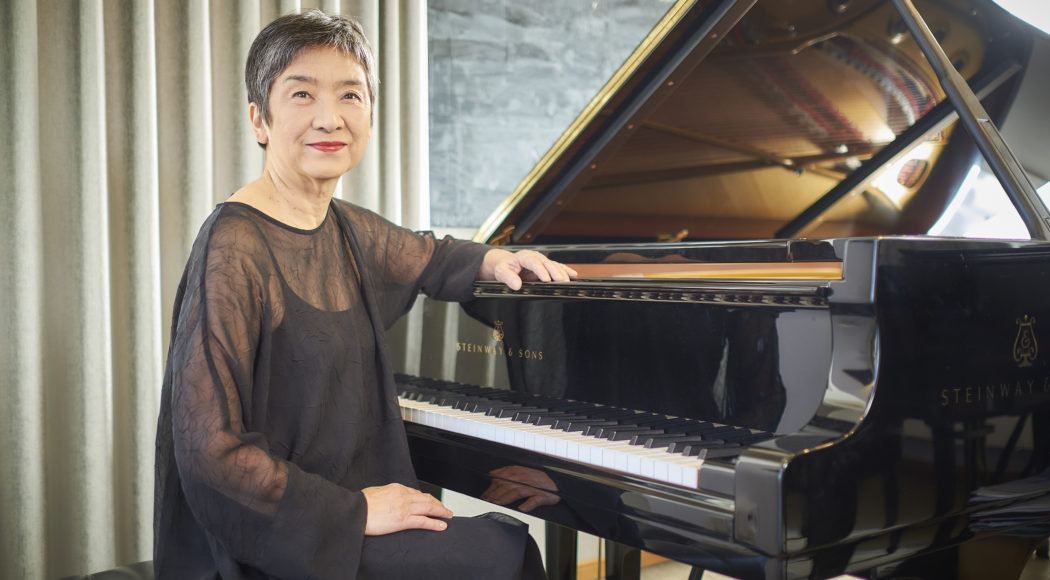 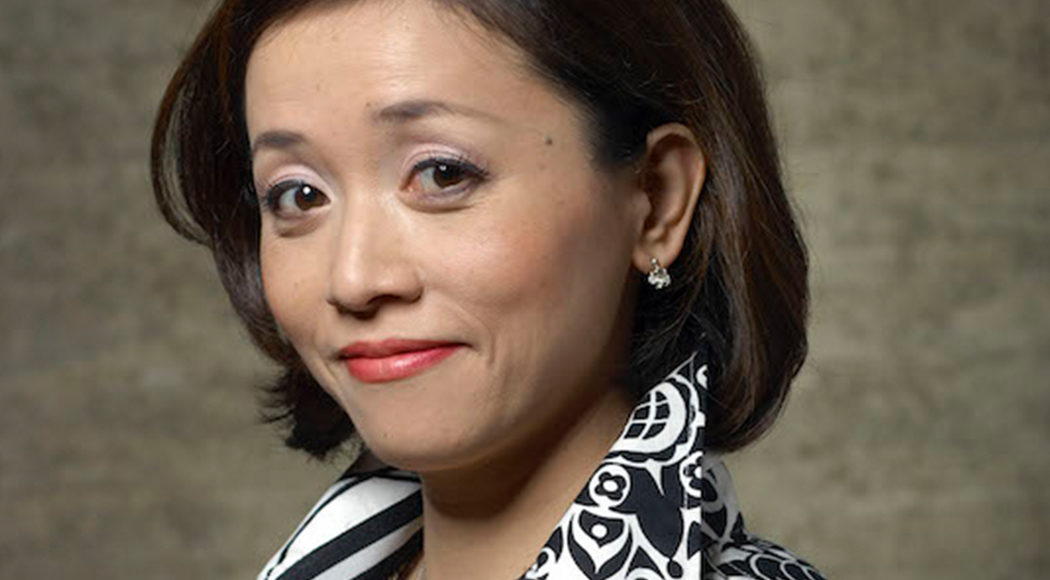 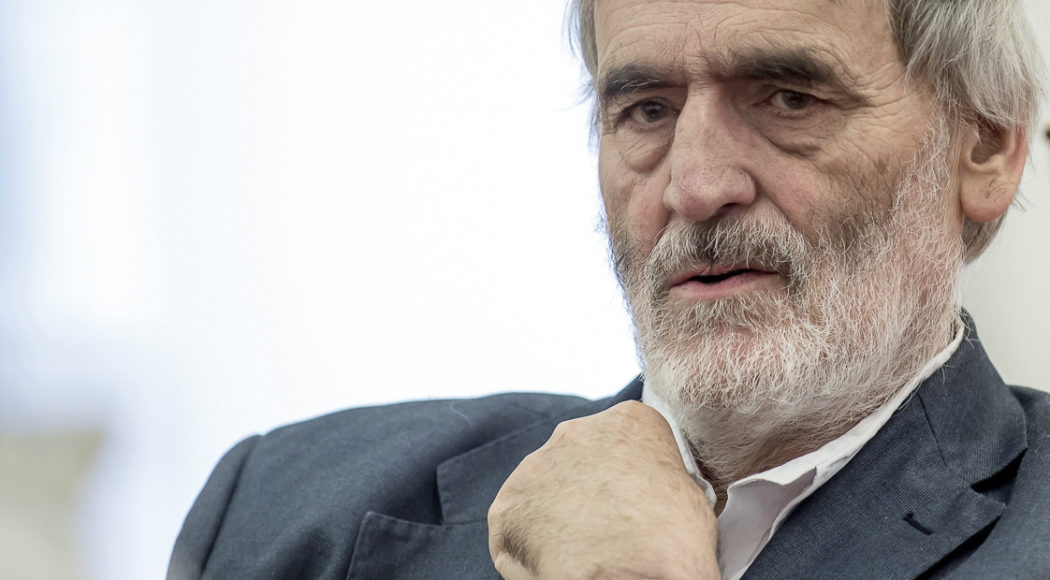 Due to the current COVID-19 measures, the concert in the Festspielhaus has to be cancelled. Tickets are unfortunately not valid. A new date will be announced later. We will keep you up to date.

Soprano Yuko Kakuta and pianist Yukiko Sugawara juxtapose “Got Lost” by Helmut Lachenmann with the 8 miniatures “iv 17” by Mark Andre.

“iv” is an acronym (I(ntro)v(ertiertheit)) and a medical apronym (intravenous).   The piece lets you experience 8 sound meditations on Joh 3, 8 : “The wind blows where it wants to, and you hear its whistling well; but you do not know where it comes from or where it goes. Thus is everyone born of the Spirit.” It is about the Aramaic word field “ruach” (rwh) : breath, spirit, air, wind. Beyond the thoughtful, structured presentation of the action/sound/time levels, the unfolding compositional interstices allow, in my opinion, to observe the most fragile, intense situations and forms of sober music in the process of disappearance, not macabre ones. I would like to thank Yukiko Sugawara and Yuko Kakuta for the development of the piece. (Mark Andre)

Yukiko Sugawara comes from Japan. She studied piano at the Toho Music College in Tokyo with Aiko Iguchi. In Germany she continued her studies with Hans Erich Riebensahm in Berlin and with Aloys Kontarsky in Cologne. She won several international prizes, including the Kranichsteiner Music Prize. Since then she has performed at many European festivals, including the Donaueschinger Musiktage, ECLAT-Festival Stuttgart, Holland Festival, Berliner Festwochen, März Musik in Berlin, Festival d’Automne à Paris, Warsaw Autumn, Salzburg Festival, Ars Musica Brussels, Musicadhoy Madrid and the AVANTI! festival in Finland. As a soloist she has performed with conductors such as Pierre Boulez, Sylvain Cambreling, Peter Eötvös, Peter Hirsch, Lothar Zagrosek, Hans Zender, Peter Rundel, Baldur Brönnimann and Emilio Pomárico. As a chamber musician she is active in a wide variety of formations. Numerous works were written for her. Internationally she pursues an intensive teaching activity. From 2003 to 2005 she held a guest professorship for piano and chamber music at the Musikhochschule Saarbrücken. Numerous recordings with Yukiko Sugawara have been released on various labels. Her recording of Helmut Lachenmann’s Serynade received the German Record Critics’ Prize.

Performances at opera houses such as the Komische Oper and the Deutsche Oper Berlin, Zurich, Frankfurt, Leipzig, Mannheim, Essen, Karlsruhe, Buenos Aires, at the Spoleto Festival (USA), the Ruhrtriennale, the Salzburg Biennale, the Musikfest Berlin, the Lucerne Festival, the Estonia Music Festival AFEKT, the Arnold Schönberg Center Vienna, Wien Moderne, Musiktage Hitzacker, Concertgebouw Brugge, NDR and SWR as well as Suntoryhall Tokyo. In 2016 she was appointed as a chamber singer.

Helmut Lachenmann (*1935), studied piano, theory and counterpoint at the Musikhochschule Stuttgart from 1955 to 1958 and composition in Venice with Luigi Nono from 1958 to 1960. The first performances of his works took place in 1962 at the Venice Biennale and at the Summer Courses for New Music in Darmstadt. After teaching at the Pädagogische Hochschule Ludwigsburg, Lachenmann became professor of composition at the music academies in Hannover (1976-1981) and Stuttgart (1981-1999). In addition, he has led many seminars, workshops and master classes in Germany and abroad, including several times at the Darmstadt Summer Courses between 1978 and 2014. In 2008 Lachenmann taught as Fromm Visiting Professor at Harvard University, Cambridge/MA.

Lachenmann has received numerous awards for his compositional work, including the Ernst von Siemens Music Prize in 1997, the Royal Philharmonic Society Award London in 2004, the Berlin Art Prize and the Leone d’oro of the Biennale di Venezia in 2008, the BBVA Prize “Limits of Knowledge” in 2011, the GEMA Author’s Prize in 2015, and the Hans Christian Andersen Prize in 2016 for his opera “The Girl with the Sulfur Woods”.

Lachenmann is a Fellow of the Royal Academy of Music, Commandeur des Arts et des Lettres, honorary doctor of the Music Academies of Hannover, Dresden and Cologne, and a member of the Academies of Arts in Berlin, Brussels, Hamburg, Leipzig, Mannheim and Munich. His works have set standards and are performed at many festivals and concert series in Germany and abroad.