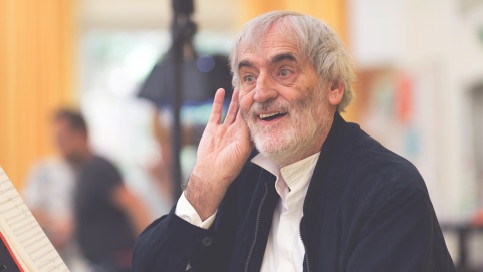 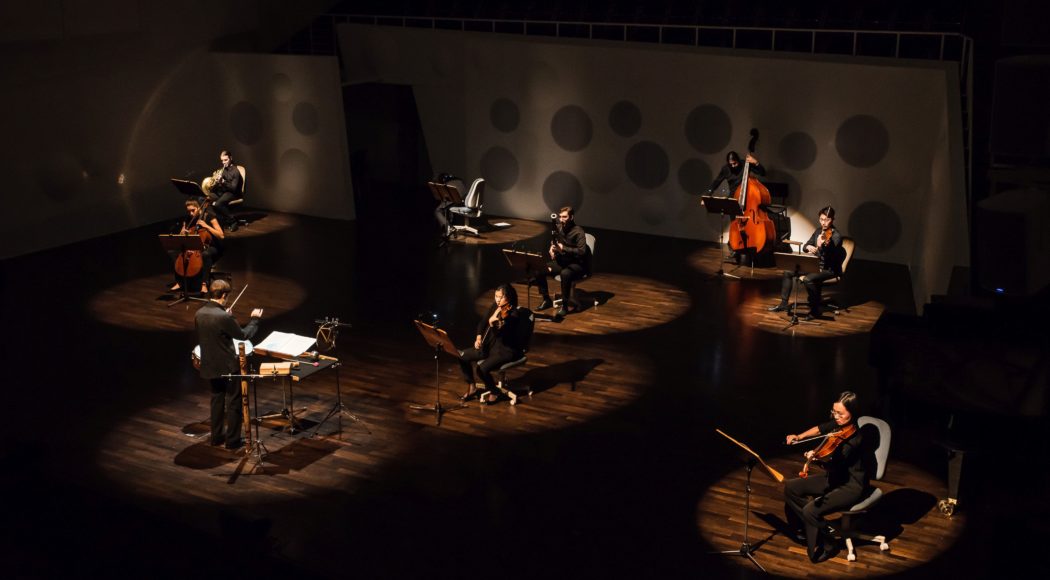 Due to current COVID-19 measures, the event unfortunately cannot take place in the Festspielhaus. Unfortunately, the tickets are not valid. You can find information on ticket returns here. The event will be available online free of charge.

Streaming of the workshop concert of 07.11.20 from the concert hall of the HfM Dresden

Leonardo Da Vinci’s text – in German translation by Kurt Gerstenberg – to be articulated by the speaker is at the same time a “musical instrument” in its own right: a phonetic sound source integrated into the musical event.

1 In the first part he speaks of the forces of nature, the thundering, roaring, stormy sea, the eruptions of the volcanoes in southern Italy, Stromboli, Aetna, the glowing caves of Mongibello, the eruptions of the “spewed out badly stored element”, which “chase away every obstacle that stands in the way of their impetuous rage”. The violent, eruptive character of the beginning corresponds to this.

In the following section – perhaps a kind of “recitative” – Leonardo compares these forces of nature with the restlessness of his heart, “driven by my burning desire to perceive the great confusion that nature, rich in meaning, has created”.

After that the speaker remains silent, the music is not conducted for a while, becomes a “situation” in which the sounds “drip” in rhythmically uncontrolled. Each player counts for himself alone at an extremely slow pulse, given by the conductor at the beginning of the section: eighth note = 63. In between, the conductor catches the resulting “confusion” in fermatas, only to conduct the end of this section again in peace.

3. the music “gets going” again, accompanying the narrator on his walk through the “shady cliffs” (there are two “echoes”, namely from the first trumpet and from the tuba into the – pedalised – case of the grand piano)

4. … until the wanderer comes to the “entrance of a great cave”, before which he remains “in a feeling of ignorance” for a while, “his tired hand resting on his knee” – and he tries in vain to look into the cave in order to distinguish something in its darkness.

5 “…but after I had stayed there for a while, two feelings awoke in me – fear and desire: Fear of the impending darkness of the cave, but the desire to see with my own eyes what would be wonderful in it”.

The sounding events – for all their complexity – became more and more silent and at the same time more and more tense. I took the fff-stroke at the end from Zen Buddhist teaching practice, in which the master gives the student a blow when he asks him about the path to knowledge as an answer. (The student gets “one enlightened”, and – is enlightened…)

Nicolas Kuhn (1989) is a composer and conductor. He studied in Dresden and Düsseldorf with Mark Andre, Manos Tsangaris and Rüdiger Bohn, among others.
As a conductor, Nicolas Kuhn is particularly interested in the exciting juxtaposition of symphonic repertoire and experimental music, as well as in rarely performed works from the early classical period to the present day. Nicolas Kuhn has conducted the WDR Radio Orchestra, the Neue Philharmonie Westfalen, the Bergische Symphoniker and the Orchestra of the Lucerne Festival Academy. During his studies he had the opportunity to rehearse and gain experience with many other orchestras and ensembles. As “Conducting Fellow” of the Lucerne Festival Academy 2018 he assisted Matthias Pintscher and Duncan Ward (among others with Stockhausen’s “Gruppen”) and was able to learn from conductors such as Sir Simon Rattle and Peter Eötvös.
His compositions deal with dramaturgical and formal strategies in the face of the dichotomy between the longing for and the impossibility of affirmative music today. He works in various formats, from solo, ensemble and orchestral music to electronic music, performance and opera. Interpreters of his music include Ensemble Recherche, KNM Berlin, the Dresden Philharmonic, IEMA, El Perro Andaluz, Susanne Leitz-Lorey and Marco Blaauw. Compositions by Nicolas Kuhn have been performed at the Munich Biennale, the Lucerne Festival Academy, Acht Brücken Cologne, Tonlagen Dresden, Kontraklang Berlin, Inselfestival Hombroich, as well as in the off-program of the Donaueschinger Musiktage.
Since 2016 Nicolas Kuhn has taught at the Dresden University of Music and regularly directs the University Ensemble for New Music. 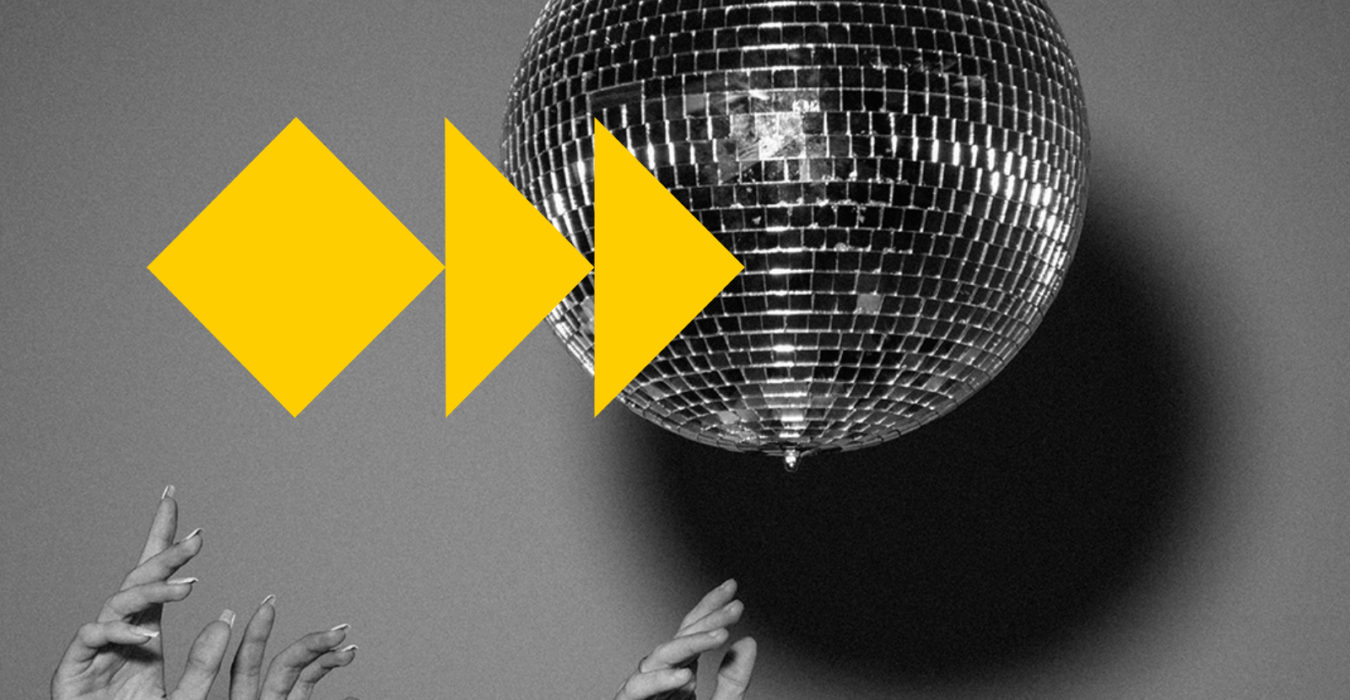