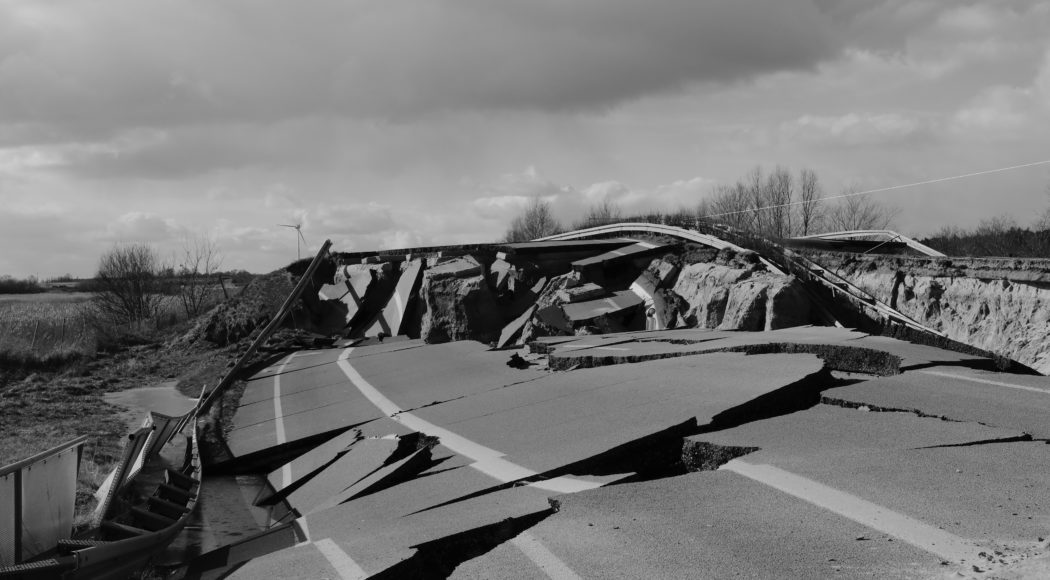 Thomas Heise, documentary filmmaker, author and theatre director, follows in his latest film “Heimat ist ein Raum aus Zeit” the biographical traces of a torn family, his family, across the late 19th century and the following 20th century. The result is a collage of images, sounds, letters, diaries, notes, noises, voices, fragments. The world premiere took place at the Berlinale 2019.

Claus Löser: Your film covers more than a hundred years of history, based on family history. How did you approach the material? Was there a family archive?

Thomas Heise: No, there was no archive. All this has been completed piece by piece. For my film VATERLAND (2002) I already used letters from my father from the Zerbst labor camp. I had taken them after my grandmother’s death, actually pulled them out under the chest of drawers. I was only 12 or 13 years old then. Since then these letters lay with me. I had only put them away once, without reading them. That all came much later. It was similar then 1987, when my father died.

Were there moments when you were afraid that the material could control you and not the other way around?

No, never. It was a discovery. At first it didn’t have much to do with research. At first it was quite stubborn, without thinking: clean copying and filing. It was also very important to me that banal details keep appearing between the documents that are so important. Then the connections become clear, also the things that run in the background. We proceeded like in a mine, we went prospecting. And then we collaged the found fragments or brought them into a new form.

So the archaeological process – putting something together from fragments – becomes an aesthetic method for you?

Yes, because it’s not a scientific procedure, it’s an artistic one, and that means it’s jumpy and allows for more possibilities. And then I can invent about it.

It’s not always easy for viewers to understand the family context.

But it’s also not necessary to follow these connections one to one. That’s not what it’s all about. Basically, I pretend that it was all 2000 years ago. And you simply don’t know the connections anymore, how everything was back then. Your film also seems to me to be a film of movements. On the one hand there are concrete movements, with the train journeys, for example. On the other hand, there are journeys that are independent of location: through inner states, through biographies and through historical situations. The shots from Vienna are reduced to a tram ride, filmed from the inside out. This tram ride is based on a cinematic experience I gained in NEUSTADT (2000). Even then in Halle I didn’t really know what I was supposed to shoot in this city. And during the tram ride a completely different space suddenly arose through which I could tell the city in a new way. Now in Vienna, as then in Halle, we simply chose the longest line through the city and took these pictures.

From Vienna in 1941/42 the trains also drove to the extermination camps.

In Austria, exemplary research work was carried out, e.g. at the Erich Boltzmann Institute. Today one can say exactly how many people were sitting in which wagons. How few survived. The family’s moves in Vienna, for example, can be traced precisely from the documents of the registration offices. They had to move all the time, into ever smaller flats. That would have been possible in the film with the locations, but that would have been a completely different film. Then I decided to tell this chapter only about the letters and the lists. At this point, the question of how long you can hold out for was also important to me. This scene became longer and longer, at last it was more than twenty minutes.

The original idea was to work only with stations; in Berlin, for example, at the Ostkreuz. For Vienna, this meant shooting at the Praterstern, near which the famous Nordbahnhof, which was later demolished, had stood. Many Jews from Galicia and Bukovina arrived here at the end of the 19th century, they fled from here in 1938, and from 1943 onwards most of the Jewish people were deported eastwards to murder them. I looked at these places. But soon I realized that “the railway” could not really be told anymore.

Because it’s metaphorically overstaffed? One automatically thinks of the deportations.

Is that why you shot almost all of the current scenes in black and white?

All the documents are in color, the other shots are in black and white. I love black and white. It creates clear images. Abbreviated version of an interview with film historian Claus Löser, which took place in January 2019 on the occasion of the premiere of the film at the Berlinale Forum.

The full version can be found at www.arsenal-berlin.de