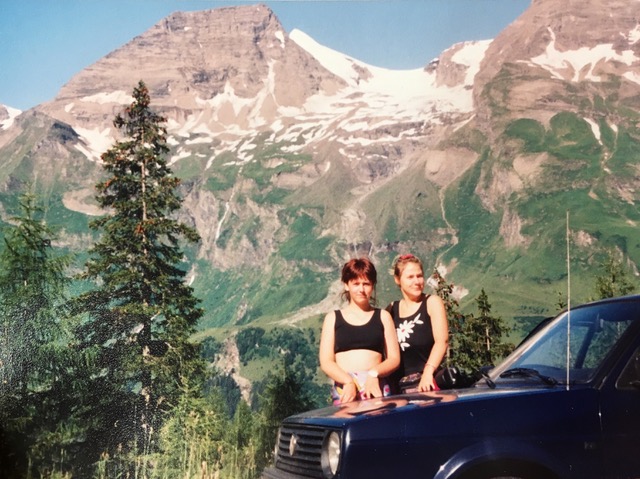 Frankenberg, 1989/90. A few moments after the “Wende”. Tanja Krone is 13 years old and attends the 7th grade. One sentence is in the air – at school, at home, all over the country: “You must learn to extend your elbows now! 30 years later Tanja Krone talks to parents, siblings, old school friends and teachers. Two women are on stage with her – one 43 years old, the other 13. Together they explore “The Elbow Principle” in collective historiography: physically, content-wise, musically, globally.

Carena Schlewitt: You were 13 years old in the year of the reunification. How did you perceive the events of this special year at home and at school?

Tanja Krone: I’m thinking of the turning point in swimming, which makes it possible to see the world from a different perspective from one moment to the next. This turning point describes the attitude towards life of that time. There was a connection between people because together they lived through something that no one could name. Also “electricity” comes to my mind as a picture. We all swam.

What does it mean for you to contextualize the events of that time in the theatre today?

There are a number of social conflicts that are being renegotiated politically and medially on this East-West axis. In this project, I decided to take up the East German expertise and play the East German again for a moment. In doing so, I encounter memories that I didn’t even know before. In the theatre we can create new memories together that carry us into the future.

What were the most unusual positions and stories in your research process?

There is something strange: I would never say that I have been robbed of my past. But I would like to blame someone. Everything went too fast. I would have preferred a “crossfade”. That someone would talk to me and integrate the political system change into my personal life. But the slogan was rather: Then do it now! In the conversations I often had the impression that one did not talk so much with friends and family about the turning point – with the exception of the first five years perhaps. The incision was perceived very differently and everyone found his or her way of dealing with it in everyday life. That’s why I would describe the conversations as balancing. Perhaps also relativising. Tanja Krone is a director, curator, performer and musician. In her works, she deals with art as a space of possibility and the aspect of social participation. She is persistent in her search for poetry in the documentary.