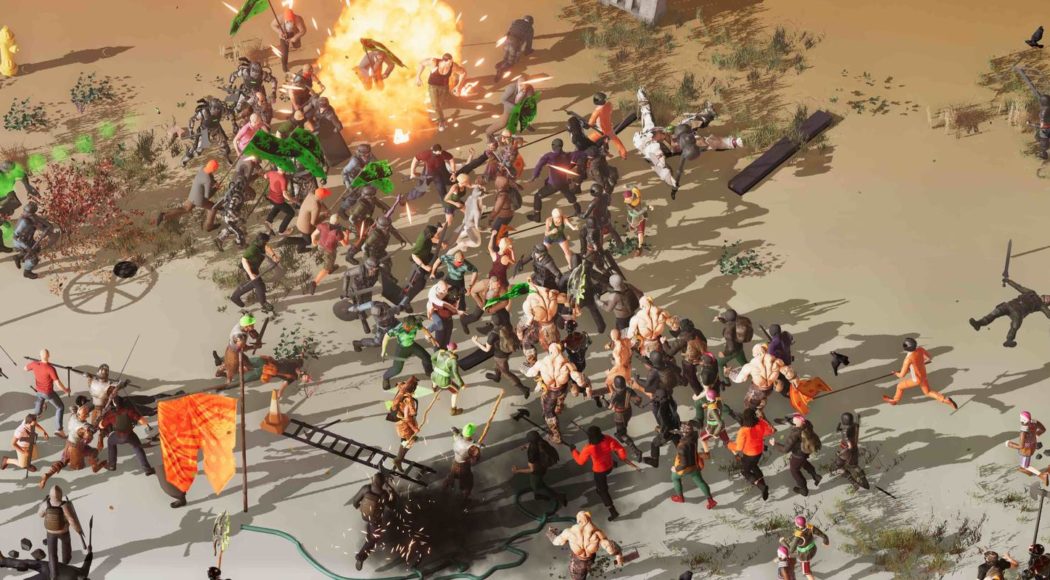 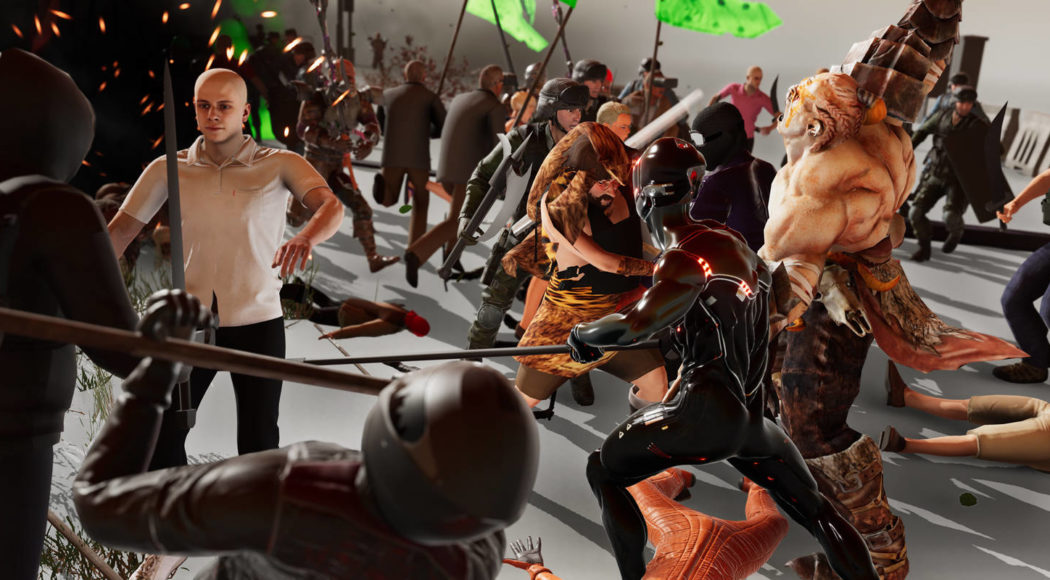 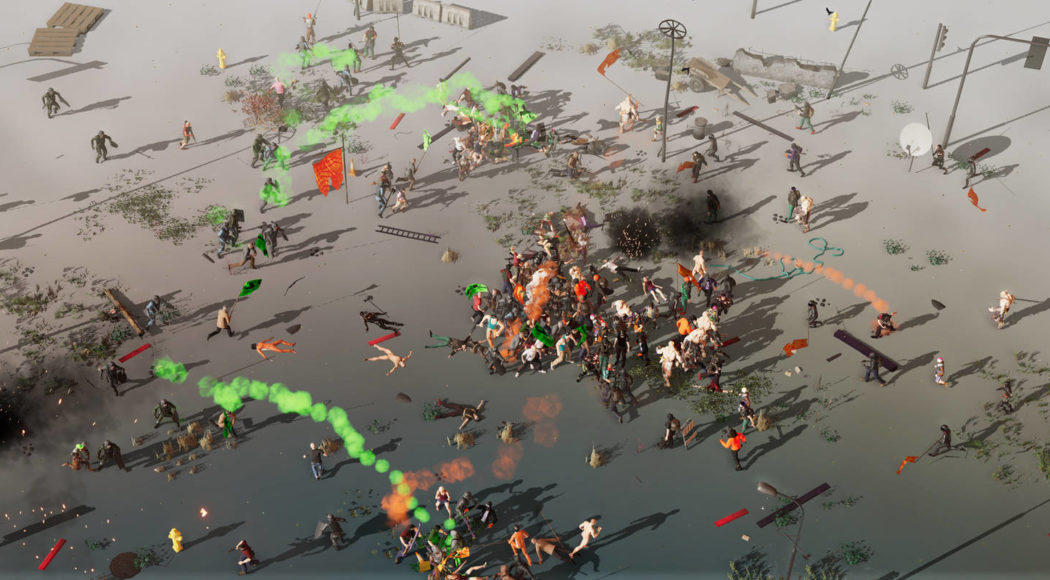 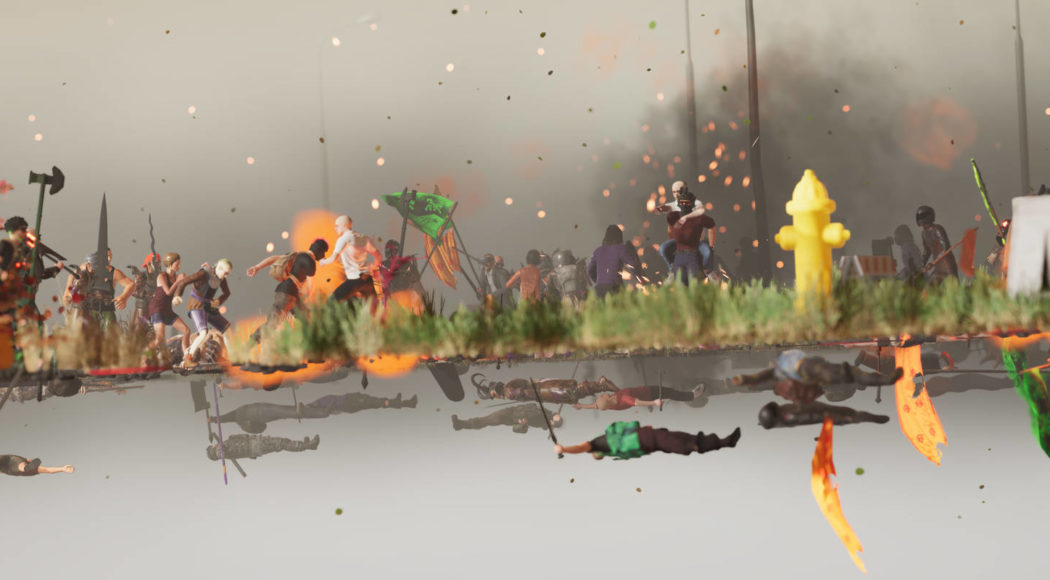 Two seemingly endless hordes clash into a violent free-for-all, swinging large melee weapons and shouting with distorted voices. A wide range of characters -from citizen militias to fantastical creatures -enter the screen only to kill each other, wave after wave, sinking their virtual bodies slowly into a muddy landscape. The mood occasionally lightens up by the medieval covers of familiar pop songs that complete the soundscape conceived by the composer and sound designer Diego Navarro. Looking at phenomena such as the rise of QAnon, Theo Triantafyllidis suggests connections between gamification, fantasy, and political radicalization.

Theo Triantafyllidis (born 1988, Athens, lives in Los Angeles) is an artist who builds virtual spaces and the interfaces for the human body to inhabit them. He creates expansive worlds and complex systems where the virtual and the physical merge in uncanny, absurd and poetic ways. These are often manifested as performances, virtual and augmented reality experiences, games and interactive installations. He offers computational humour and AI improvisation as a response to the tech industry’s agenda. He tries to give back to the online and gaming communities that he considers both the inspiration and context for his work by remaining an active participant and contributor. He holds an MFA from UCLA, Design Media Arts and a Diploma of Architecture from the National Technical University of Athens. He has shown work in museums, including the Hammer Museum in LA and NRW Forum in Dusseldorf, and galleries such as Meredith Rosen Gallery, the Breeder, Eduardo Secci and Transfer. He was part of Sundance New Frontier 2020, Hyper Pavilion in the 2017 Venice Biennale and the 2018 Athens Biennale ANTI.

HYBRID Box is a new modular gallery that presents experimental and interdisciplinary art by local and international artists, and at the same time accompanies the beginning of the conversion of the original east wing of the barracks on the Hellerau festival grounds.

HYBRID Box is a project in cooperation with PYLON, funded within the framework of the Alliance of International Production Houses by the Federal Government Commissioner for Culture and the Media.