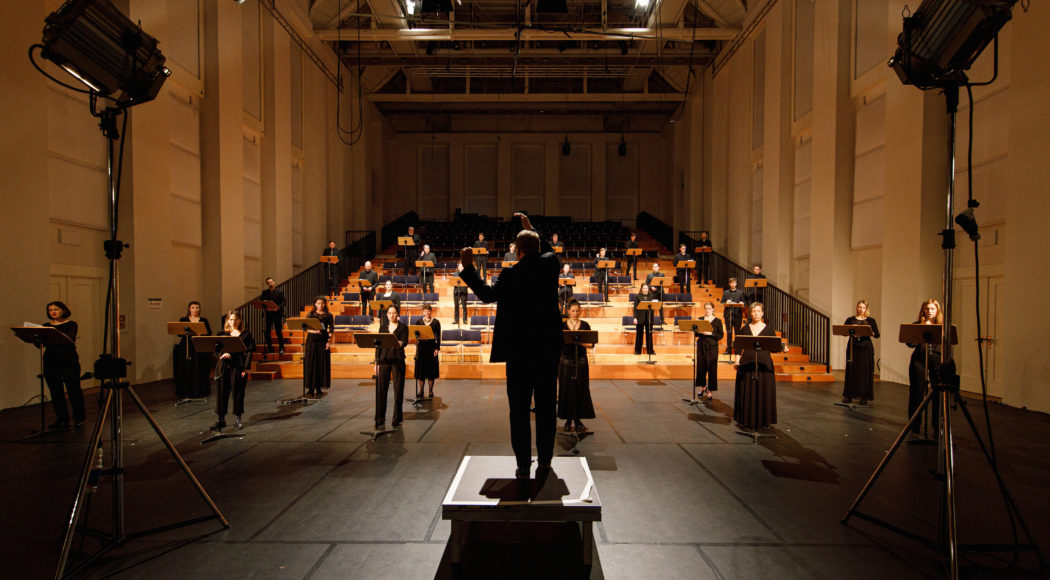 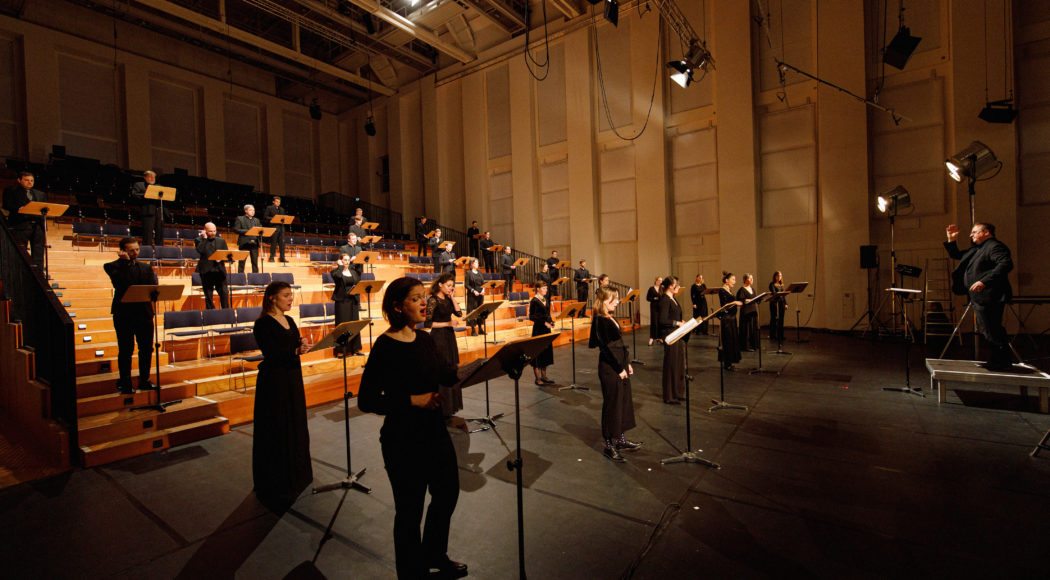 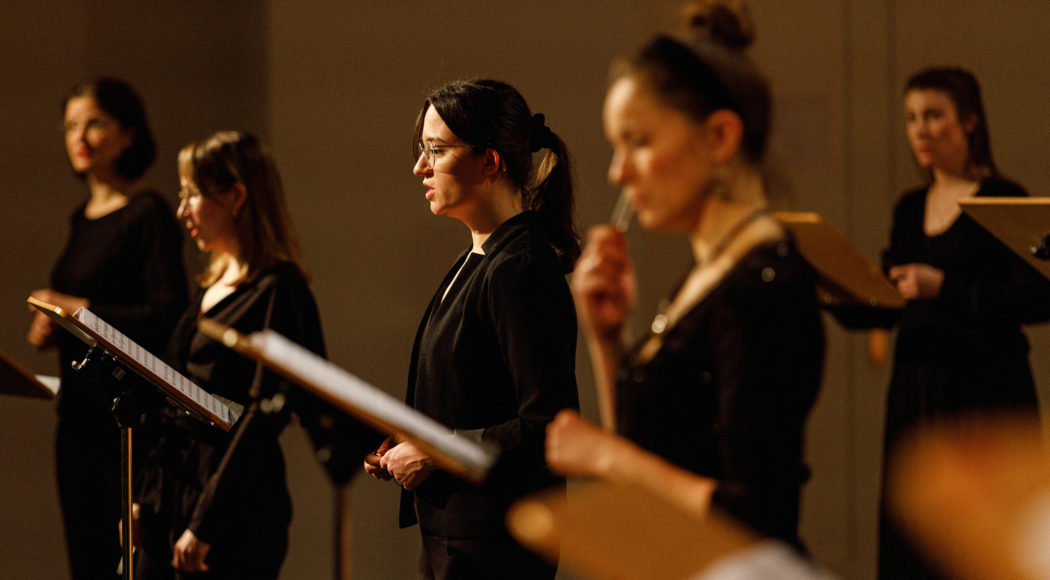 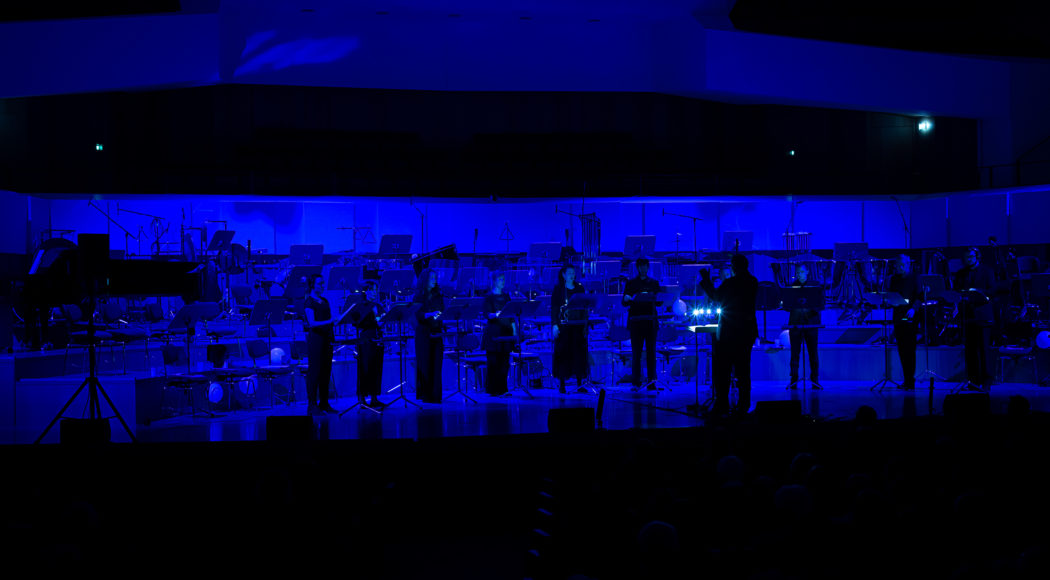 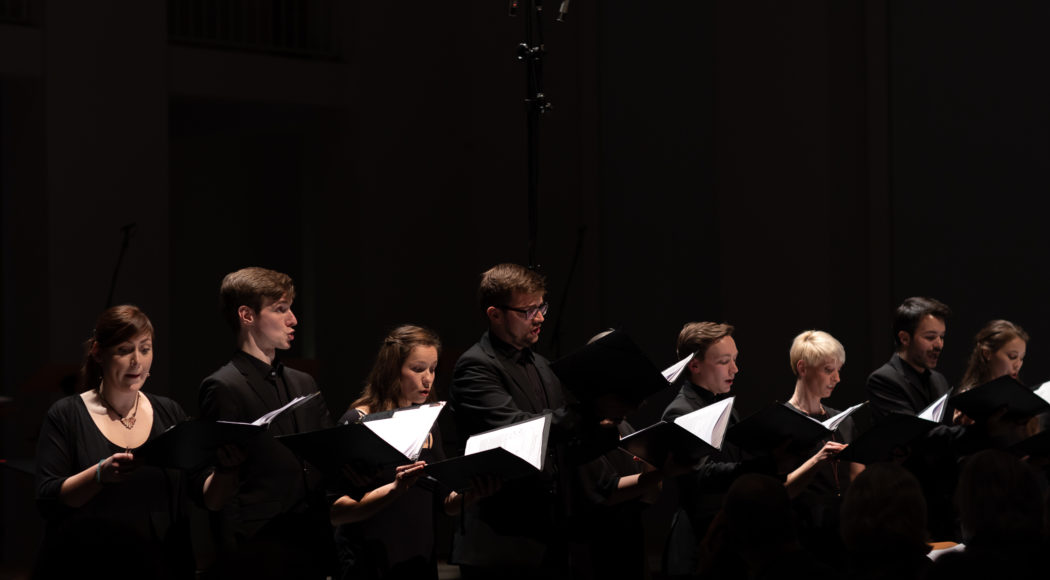 At the age of 68, composer Paul-Heinz Dittrich, who was born in 1930 in the Erzgebirge region of Germany, studied with Rudolf Wagner-Régeny in the late 1950s, and later taught and worked in Berlin, at the Sorbonne and at IRCAM, completed a work of extraordinary complexity.

Shortly after Dittrich’s death, the Todesfuge for 32 voices finally receives its world premiere in this concert. The occasion for this premiere is another double anniversary, which had to be cancelled last year due to the pandemic and is now being made up for: Paul Celan’s 100th birthday and the 50th anniversary of his death. His famous Todesfuge is understood as part of European memory. And Dittrich’s œuvre is strongly related to literature: In particular, the poetry of Samuel Beckett and Paul Celan repeatedly became the basis of his works.

With a poem recitation by Ahmad Mesgarha (actor Staatsschauspiel Dresden)

AuditivVokal was founded in 2007 by the conductor Olaf Katzer and advanced in a short time to one of the most distinguished vocal ensembles of contemporary music. The focus of the interdisciplinary artistic work is the human condition, the question of the meaning of humanity, empathy, responsibility and dignity in the context of new technological, social and ecological developments.

More than 120 world premieres, exceptional own productions, international guest performances at numerous festivals as well as CD, radio and video recordings document the artistic diversity and stylistic singularity. The insights gained from the collaboration with the most renowned composers of our time also flow into the interpretations of early music, in which the ensemble fascinates with its own approach.

The text is an original contribution by Jens Schubbe on the occasion of the premiere of Todesfuge by Paul-Heinz Dittrich.
(Use also of parts of the text or reprint only with permission of the author).