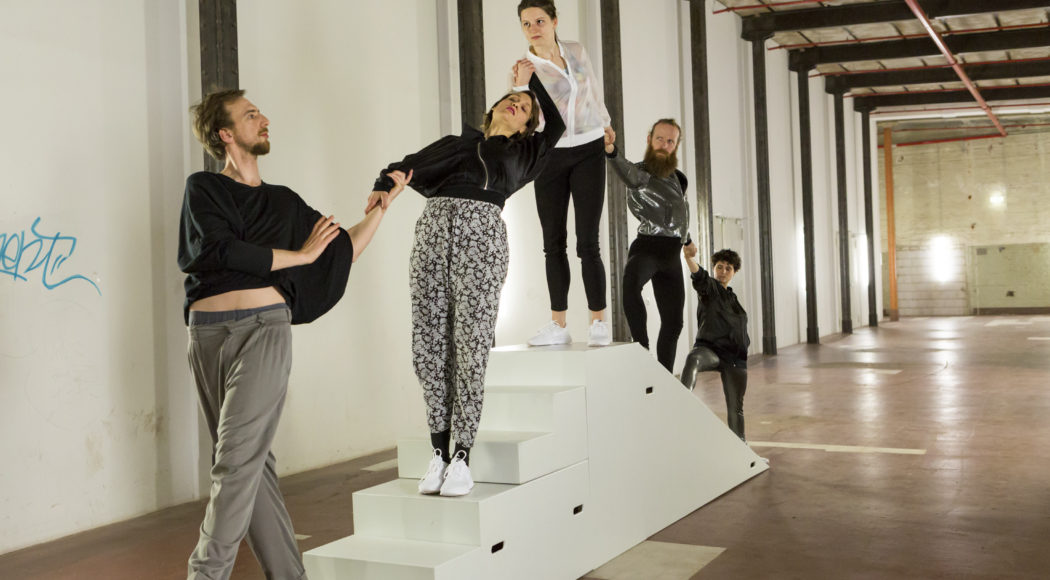 At the beginning of the 20th century, the music teacher Émile Jaques-Dalcroze developed rhythmic musical education as a method to physically represent the direct connection between music and movement as “moving sculpture”. In “Slave to the Rhythm” choreographer Hermann Heisig and four dancers attempt a bodily approach to Dalcroze’s method. The focus is less on a detailed reconstruction of the historical models than on a confrontation of holistic body ideologies with the fragmented patterns of perception of our time. Heisig is interested in the point at which harmony becomes totalitarian, the living mechanical, or the rhythm and dynamics of a group get out of control.

Leipzig-born Hermann Heisig lives and works as a choreographer, dancer and performer in Berlin. After his dance education in Berlin he worked as an actor with Meg Stuart/Damaged Goods, Martine Pisani, Martin Nachbar, Begum Erciyas, Thomas Lehmen and Corinna Harfouch. With his own choreographic works, he has been active throughout Europe and beyond for more than 10 years.