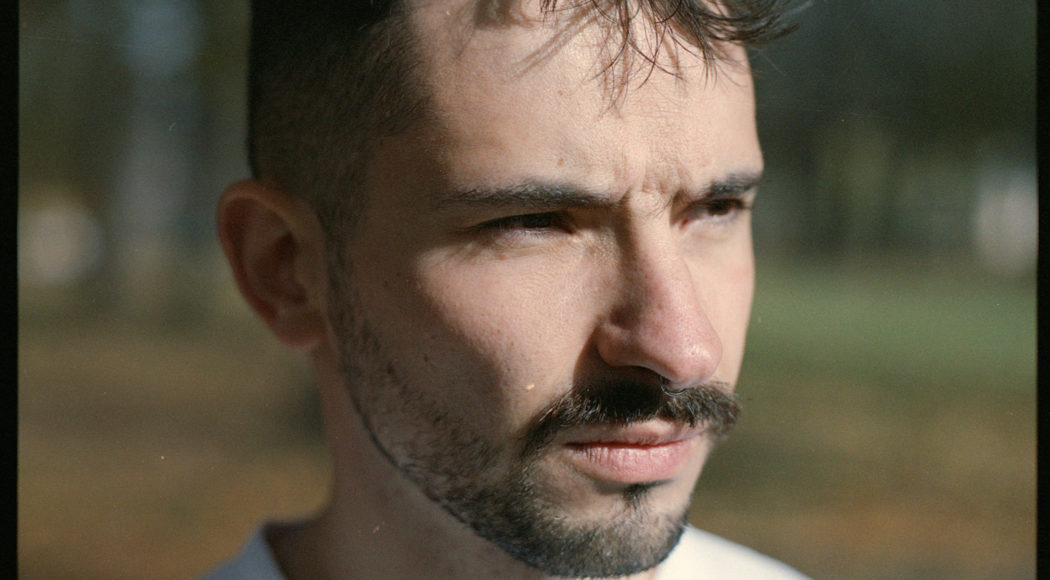 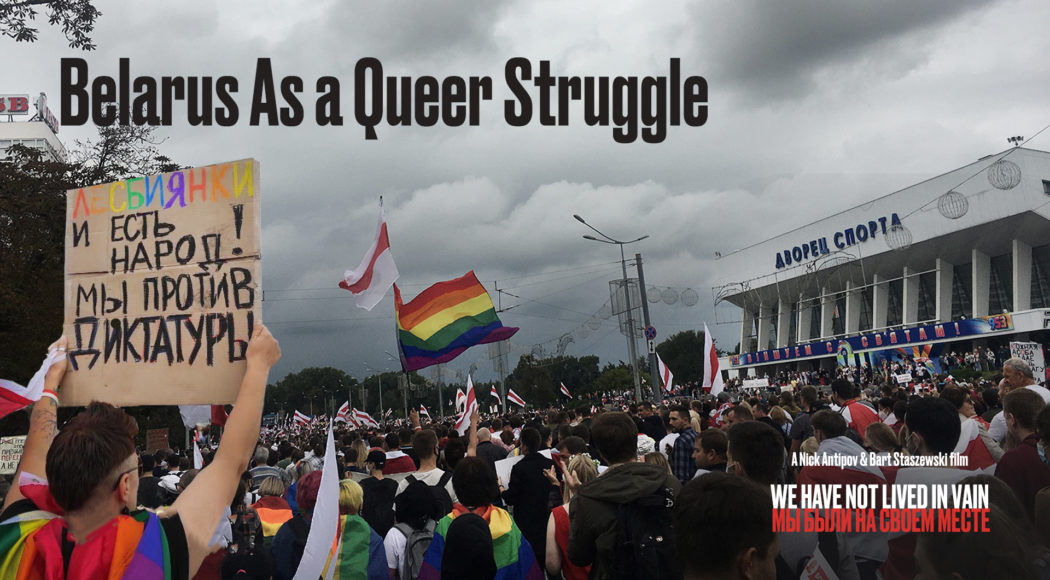 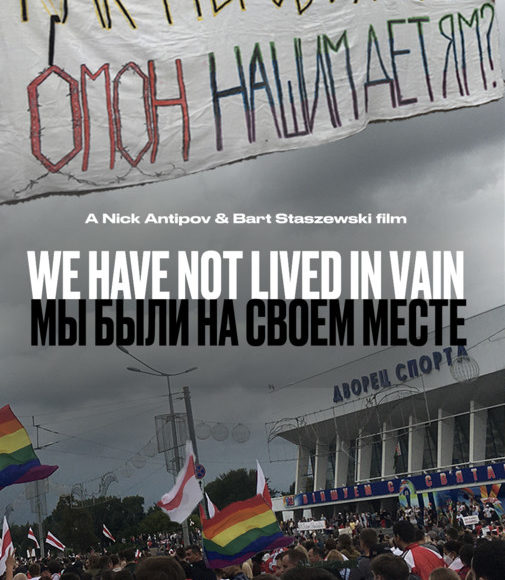 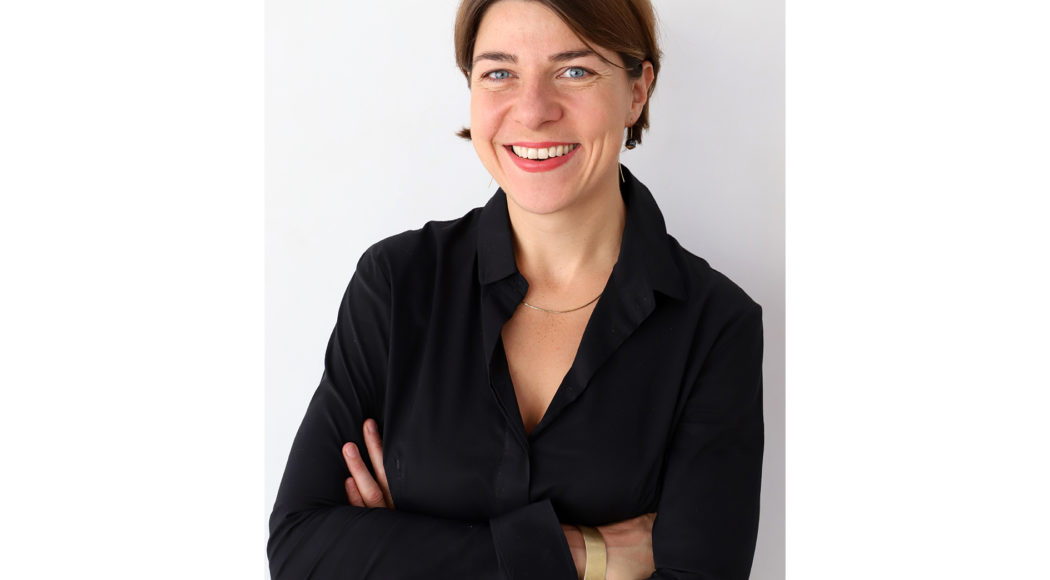 The documentary film “We have not lived in Vain” by Nick Antipov and Bart Staszewski, which opens the panel, is a Polish-Belarusian production. It tells the story of the protests following the rigged presidential election of summer 2020 in Belarus from the perspective of LGBTIQ* activists. The protagonists Olya, Zhenya and Sveta explore what it is like to be LGBTIQ* in Belarus and try to fight for equal rights in a country where a revolution is taking place.

“We Have Not Lived In Vain”

Documentary Film by Nick Antipov and Bart Staszewski
In the ongoing protests in Belarus against Alexander Lukashenka and the sitting regime, the LGBT+ community walks alongside other demonstrators, with a common wish to see a change in their country. The LGBT+ community perceives a political turnaround on the highest level as the first step towards a more inclusive society where the community would have a more secure space.
This film is a Polish-Belarusian production telling the story of the protests that erupted in Belarus through the eyes of LGBT+ activists. The protagonists Olya, Zhenya, and Sveta explore what it is like to be LGBT+ in Belarus and try to fight for equal rights in a country where a revolution is taking place.
At the protests, LGBT+ people face violence and abuse when arrested, but are often also met with a lack of understanding and lack of appreciation at the marches themselves. “Why are you here? This is not your protest! ” – they hear from other protestors in response to their rainbow flags in Minsk.
In their moving documentary film, Nick Antipov and Bart Staszewski tell the personal stories of queer people in Belarus who got a chance to be heard.

Johanna M. Keller studied International Relations in Dresden, Florence, Berlin and Damascus. She worked for the Goethe-Institut in Syria, Lithuania and Egypt; since the beginning of 2019 she has been working at the head office in Munich. During her work as head of the Goethe-Institut Lithuania, she was responsible for the project “Going Public – On the Difficulty of Making a Public Statement”, which explored the potential of art in public space between Belarus, Kaliningrad, Lithuania and Germany. As head of the Goethe-Institut’s cultural work for the Arab region, she initiated various projects on gender, sexuality and feminism, such as the multi-year project “Tashweesh”, which dealt with the blind spots in transnational feminist debates and resulted in two major festivals in Cairo and Brussels.

Nick is the Co-Founder of MAKEOUT, an anti-discrimination project empowering the LGBTQ community in Belarus and one of the largest online platforms for LGBTQ issues in the region. Among his many projects, Nick and the MAKEOUT team created a leadership program for young LGBTQ leaders that has fostered a new generation of activists in cities across Belarus. Nick is passionate about empowering communities that face discrimination and believes in their creative potential to change the world. After the rigged presidential elections in Belarus, in 2020, he volunteered for human rights defenders and collected stories of torture and violence against peaceful demonstrators. Since mid-2021, he lives in Berlin, because his activism and leadership carry the risks of reprisal. While in Berlin, he сontinue his work to assist the LGBTQ+ activists who stayed in the country. He has received a scholarship from the Henrich Boell Foundation which allows him to focus on researching essential issues for Belarus.

Vika Biran is an NGO project manager, queer activist and writer. Born in Pinsk, Belarus. She studied at the Belarusian State University, Belarusian Collegium and European College of Liberal Arts in Belarus Eclab. From 2010 to 2016 she worked with Belarus Free Theater as an actress and administrator. In 2014, she co-founded the Belarusian LGBTQ+ project MAKEOUT, in which she was actively involved until 2021. In 2020 she participated in peaceful protests in Belarus, for which she was sentenced to 15 days of administrative detention. Since 2021 she lives in Germany and studies cultural studies at the European University Viadrina (Frankfurt an der Oder).

Is currently preparing the publication of his first book of fiction.

Andrei Zavalei is an LGBTIQ* activist and theater producer from Belarus. He is the coordinator of the campaign Delo Pi_(The Pischevsky Case), which aims to raise public awareness about homophobic and transphobic hate crimes. He organizes cultural and educational events and implements artistic actions and flash mobs.  Zavalei is also the production director of HUNCHtheatre Belarus, which focuses on discovering new talent in the field of independent drama and theater and connecting actor:s with queer artist:s and LGBTIQ* activists.