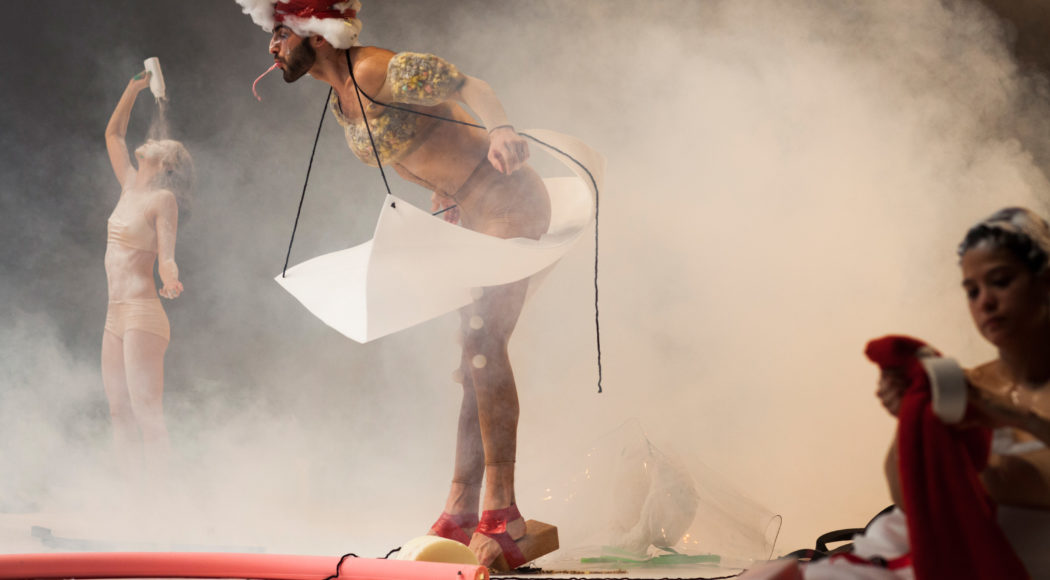 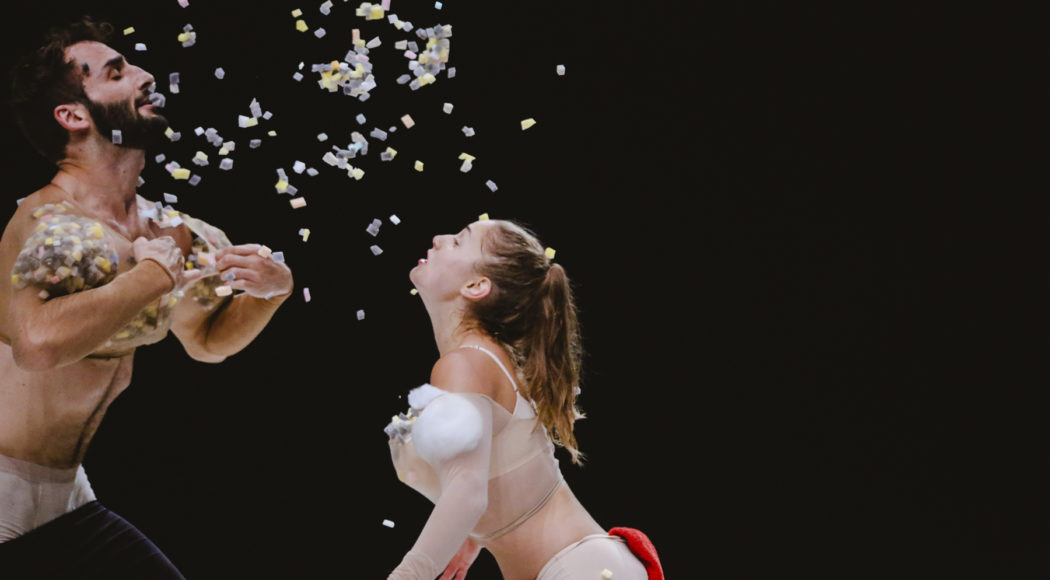 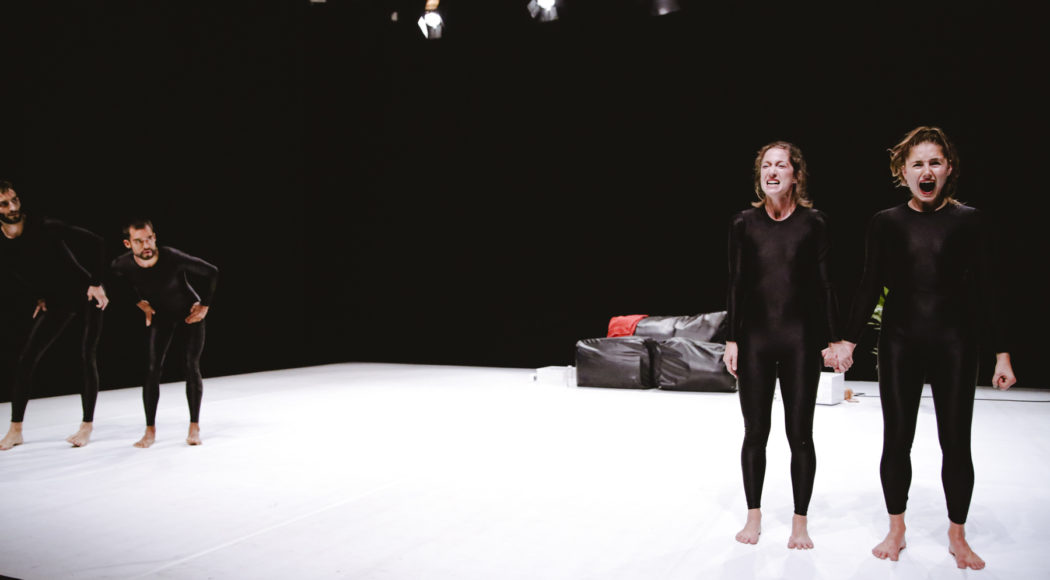 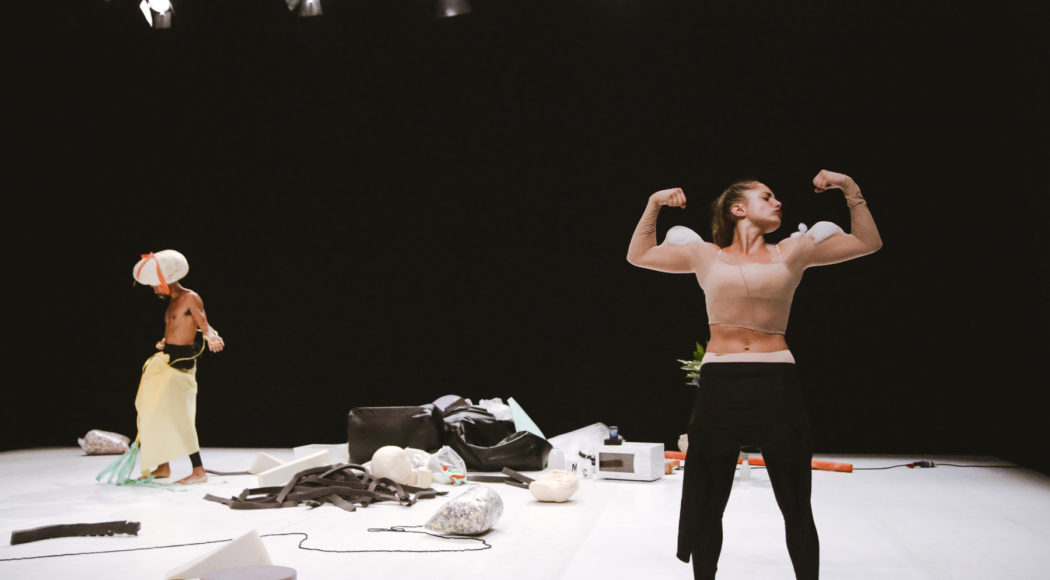 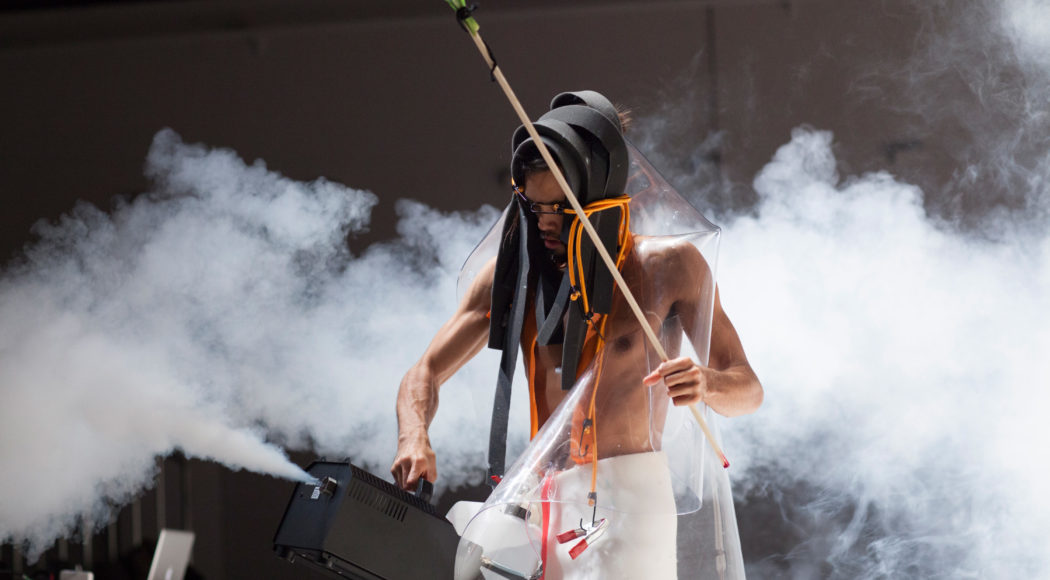 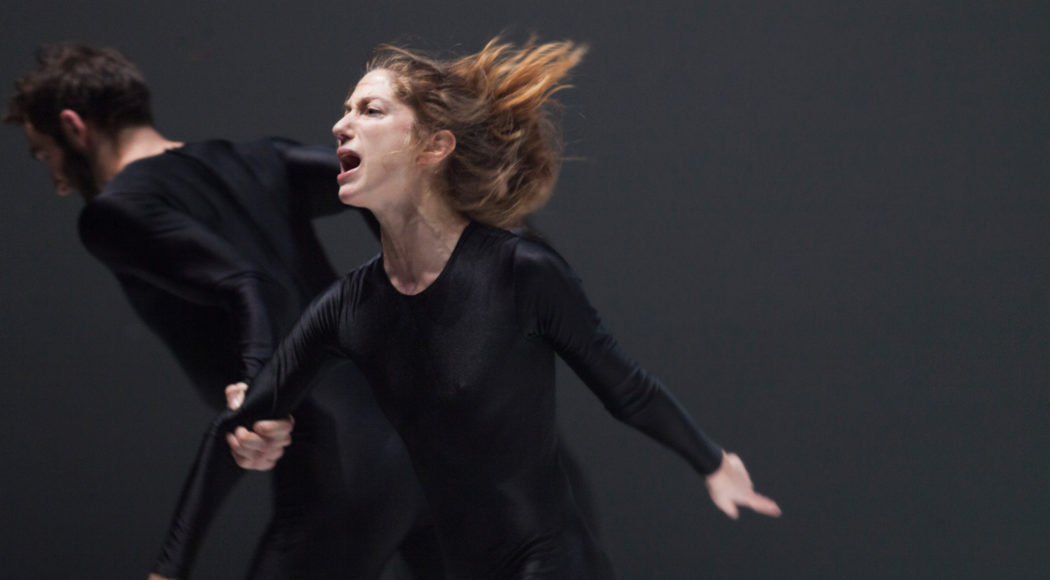 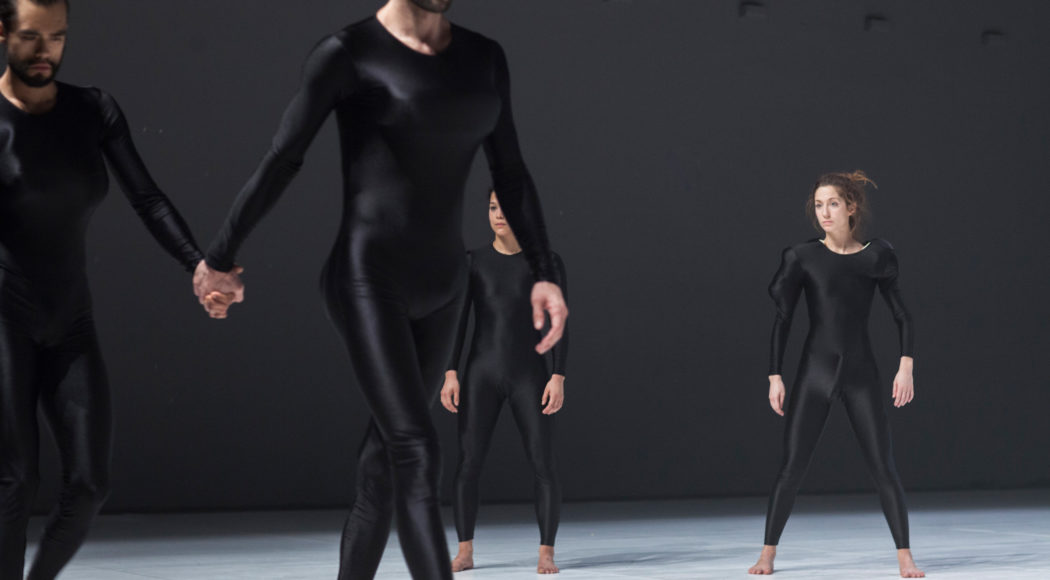 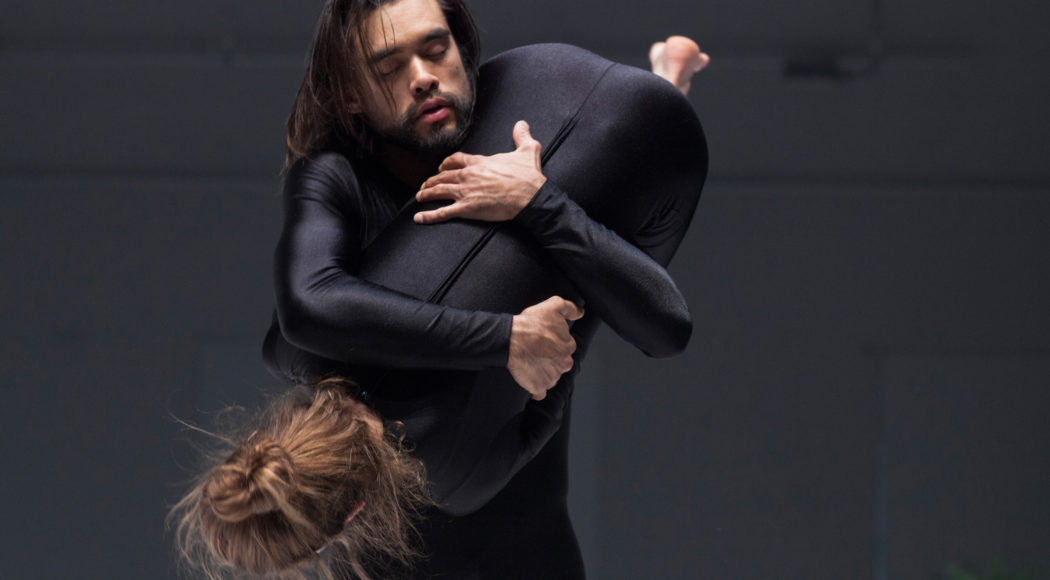 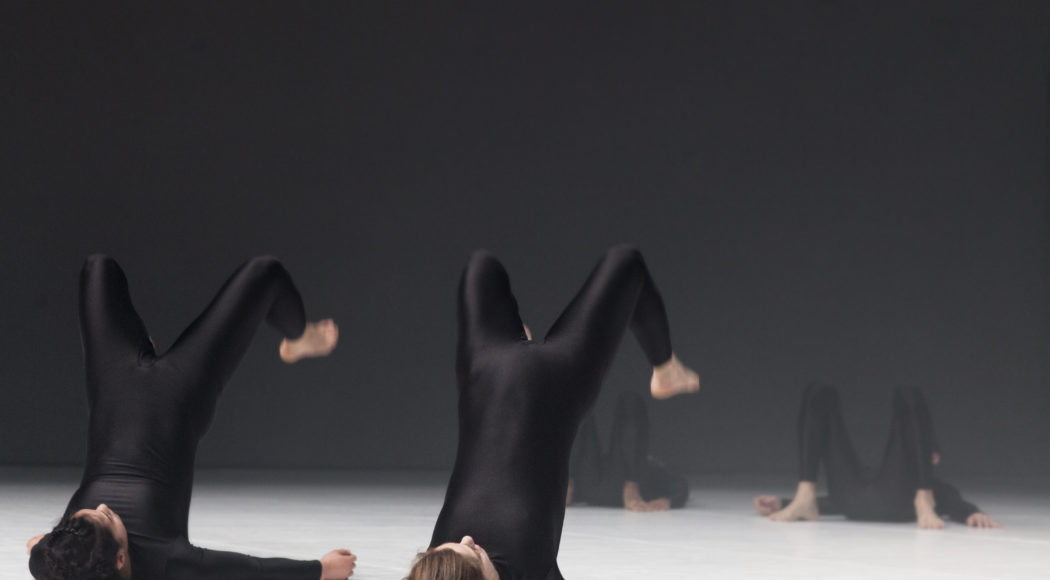 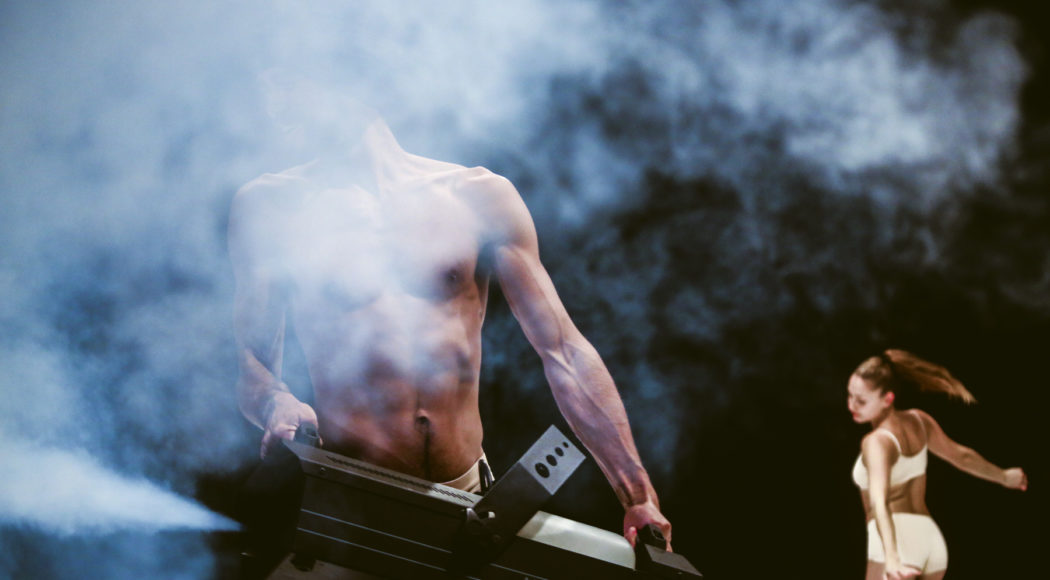 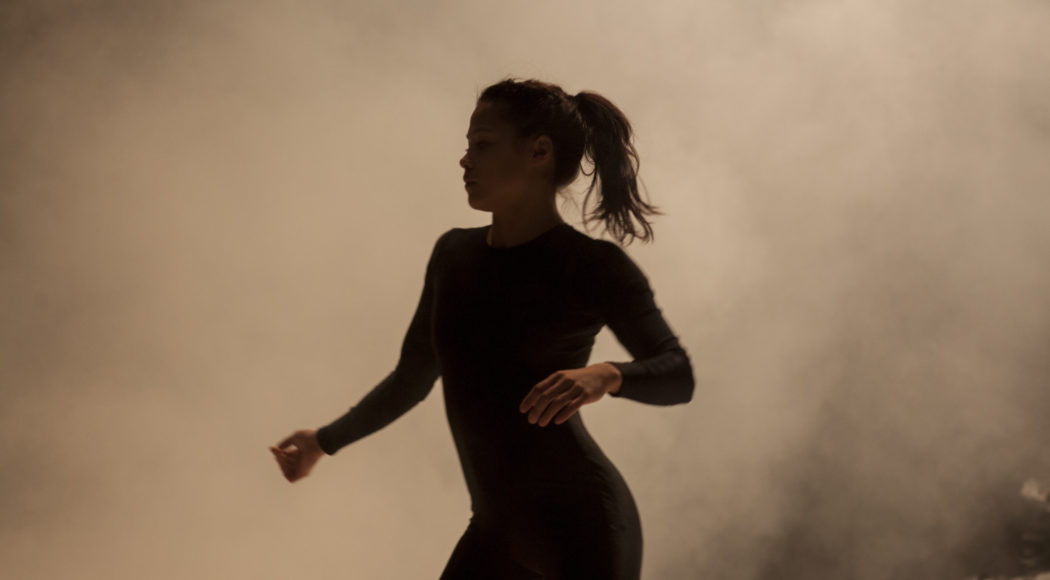 In “Pink for Girls & Blue for Boys” it’s all about the special features of what it means to be a boy or a girl. Is pink only for girls and blue only for boys? Are the girls allowed to cry and the boys not? Can boys climb trees and girls not? Where does the separation of the sexes begin and when does it become exclusion? How much courage does it take to stand up for your own ideas and needs? Let’s turn the whole thing around and set no boundaries! What happens then? The piece calls for following what suits you and not what others consider appropriate. The new production by Basel-based choreographer Tabea Martin is suitable for everyone aged eight and up.

Tabea Martin, born 1978 in Switzerland, studied modern dance at the University of the Arts in Amsterdam (graduated 2002) and danced in Holland with Piet Rogie & Company, among others, as well as in Stuttgart with Fabian Chyle and in Ireland with Nick Bryson. She was a guest student at the SNDO in Amsterdam and completed her second degree in choreography at the Rotterdamse Dansacademie in 2006.

With the production “Duet for two dancers” (2010) she won the 2nd jury prize at the Festival Reconnaissance, Échirolles 2013. “Field” (2014) was selected by Aerowaves for the Priority Group. Both productions have since toured worldwide.

In addition to freelance productions, Tabea Martin also works regularly at municipal theatres, including the Schauspielhaus Zurich, the Gorki Theater Berlin, the Staatstheater Oldenburg and the Theater Neumarkt together with Sebastian Nübling, Elina Finkel and Sibylle Berg. In 2015 she received the Special Prize of the Bernese Dance Awards.

“Pink for Girls & Blue for Boys” had its successful premiere at the Tanzhaus Zürich in February 2016 and is currently on tour throughout Europe. In December 2016, she realised “Beyond Indifference” at the Kaserne Basel, followed by a tour of Holland. In May 2017 she directed the mediation project “Home – Tanzakademie Basel” in collaboration with the Kaserne Basel as part of the Tanzfest Basel.

In September 2017 she took over the choreography of “Nach uns das All” at the Maxim Gorki Theater Berlin, directed by Sebastian Nübling (text by Sibylle Berg). On February 1, 2018 the duet “This is my last dance”, in which she will be on stage with Simona Bertozzi, will have its premiere at the Kaserne Basel.

In April 2018 she will work at the Konzert Theater Bern as choreographer and director of Georges Bizet’s opera “Carmen”, directed by Stephan Märki. At the Stadt Theater Konstanz she will choreograph “Betrunkene” in May 2018, directed by Elina Finkel.

In spring 2016 Tabea Martin was awarded the Dance Section Prize of the Canton of Basel-Landschaft. From 2016-2018 she is a Young Associated Artist in the mentoring programme of Pro Helvetia – Swiss Arts Council. In 2016-2019 she will also be supported by the PRAIRIE funding model of Migros Culture Percentage. From 2018-2020, Tabea Martin will be supported by the Cooperative Funding Agreement between the Dance & Theatre Basel-Stadt and Basel-Land Expert Committee and Pro Helvetia – Swiss Arts Council.