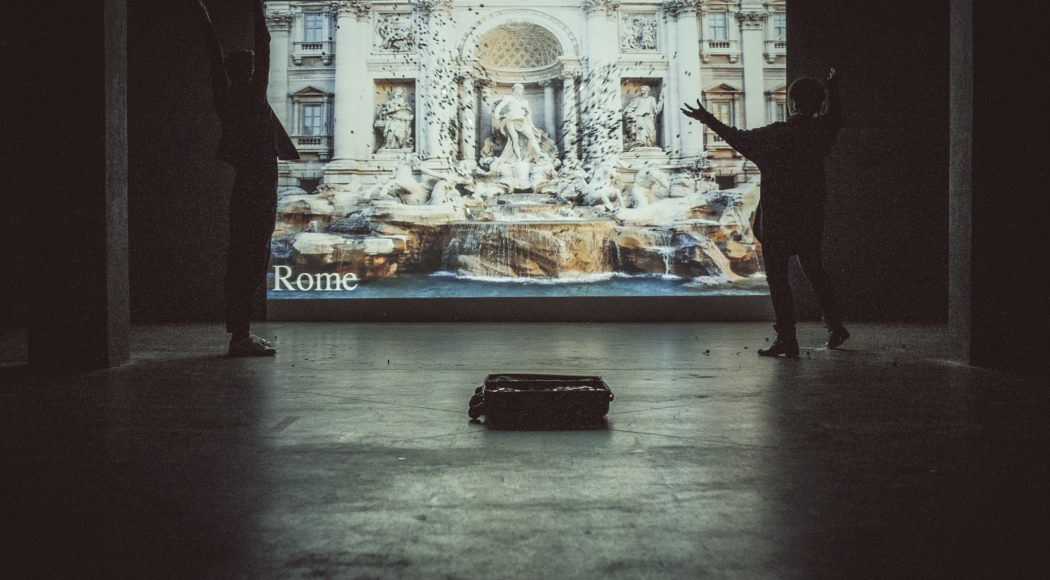 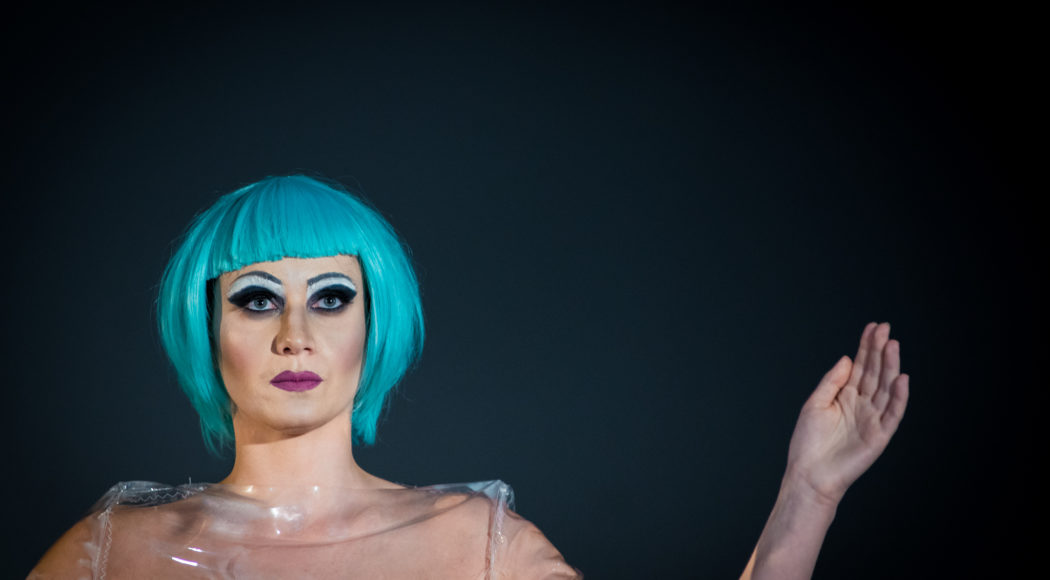 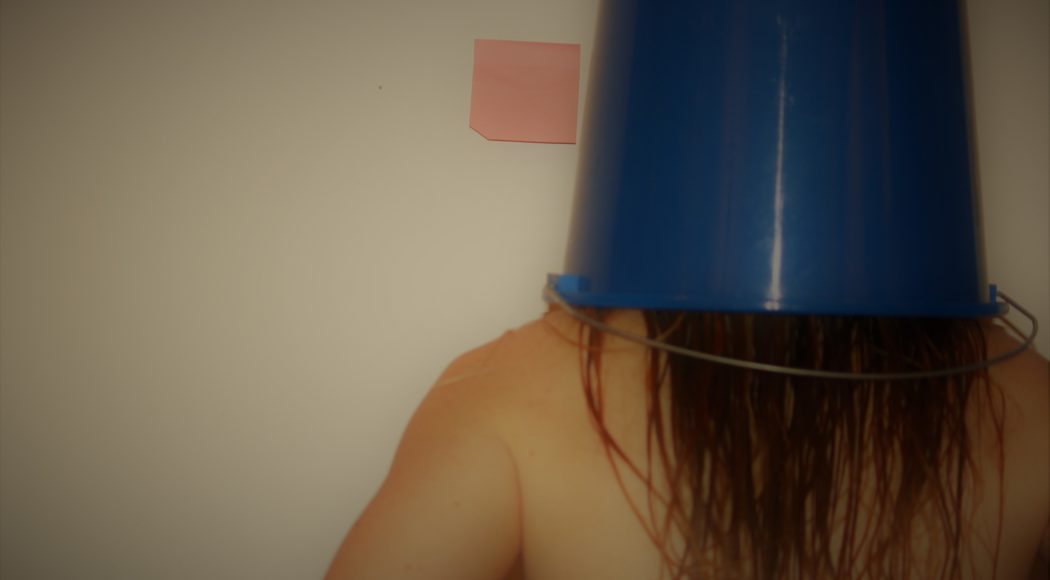 In recent years Komuna Warszawa has produced a highlight for the Polish theatre scene in the form of the “Mikro Teatr” format. All artists* work under the same conditions: The performance must not last longer than 16 minutes, the cast can include up to four performers* who have two microphones, four lamps, a video projector, a small suitcase with props and a small budget.

La dolce vita | performance by Romuald Krężel and Monica Duncan
La dolce vita is a short-form participatory performance that addresses the economics of art and its direct impact on the creative process. Inspired by “10 000 PLN”, “Budget stories” and “Home shopping” from the Polish artist Oskar Dawicki as well as the performance “Incasso” from the Slovenian group Via Negativa, Duncan and Krężel made visible as part of their performance, what is normally concealed to the audience.

“La dolce vita” was produced by Komuna//Warszawa theatre (Warsaw, Poland) with support by the Institute for Applied Theatre Studies (Gießen, Germany) and Goethe-Institut in Warsaw. Excerpt of the music theme “La dolce vita” by Nino Rota from the Federico Fellini’s movie is quoted in a performance.

Suspicious Minds
F. Wiesel are Jost von Harleßem and Hanke Wilsmann. They studied Applied Theatre Studies in Giessen and work freelance in the fields of light and video design, stage design and photography.

In the summer of 2018, F. Wiesel, supported by the Goethe Institute in Fort Lauderdale, Florida, researched the myth and scientific foundations of the Bermuda Triangle. For two weeks they have been continuing their work at the Marinehistorisches Institut in Dresden – the focus is on artefacts recovered from the Atlantic. As part of Mikro Teatr, F. Wieself searches for the inexplicable for 16 minutes.

How does one empathize with such a radical other? How does this even work? Is it directed? This is a transhumanist story, or a fairy-tale, or a symbol of alter ego. A formal choreography, an abstract performance, a human negotiation, a floating question. A representation.

Wojtek Ziemilski studied philosophy in Warsaw, Toulouse and Grenoble and then directed in Lisbon. After initially making a name for himself with performative installations, he is now mainly involved with documentary theatre forms. In 2017 he won first prize at the Staatsschauspiel Dresden with his play “Jeden Gest” (A gesture) at the Fast Forward – European Festival for Young Directors.

She She Pop is a performance collective founded in the 1990s at the Giessen Institute for Applied Theatre Studies. Its members are Sebastian Bark, Johanna Freiburg, Fanni Halmburger, Lisa Lucassen, Mieke Matzke, Ilia Papatheodorou and Berit Stumpf. She She Pop celebrated its 25th anniversary at HAU Berlin in September 2018.

No title
A choreographic object that provides theories about faded Central Europe, stories about desiring bodies, and speculations about a better future.

Produced by Komuna Warszawa, in the frame of “Micro Teatr”

Ania Nowak completed her studies “Dance/Context/Choreography” at the HZT Berlin. Her choreographic practice approaches vulnerability and desire as possibilities to redefine what bodies and language can achieve.

your triumphs and your charms | performance by Caroline Beach
“your triumphs and your charms” is a dialogue between Sailor, her body, the audience, and nobody else. Sailor shares her methods for healing wounds inflicted by cartesian splits through bodies with which we have been at war. Allied with subversive pop songs, Sailor tries to find acceptance in despair, love in the void, and life in her own two arms.

Performance/Concept: Caroline Beach in collaboration with u n | song: ‘I Know It’s Over’ The Smiths

Caroline Beach is a dancer and choreographer. She studied choreography at the Palucca Hochschule für Tanz Dresden, is a guest artist at the Semperoper Ballett Dresden and a member of the go plastic Company.