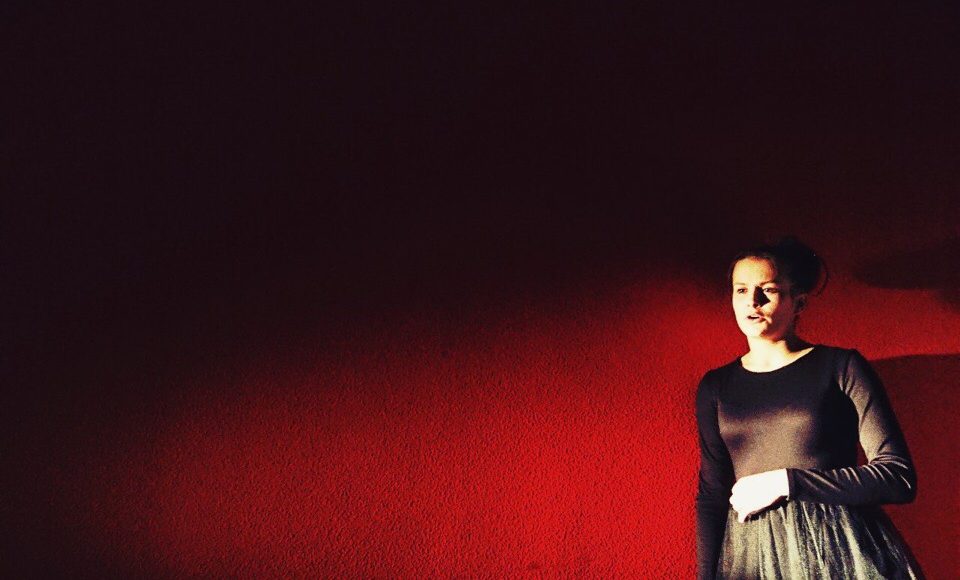 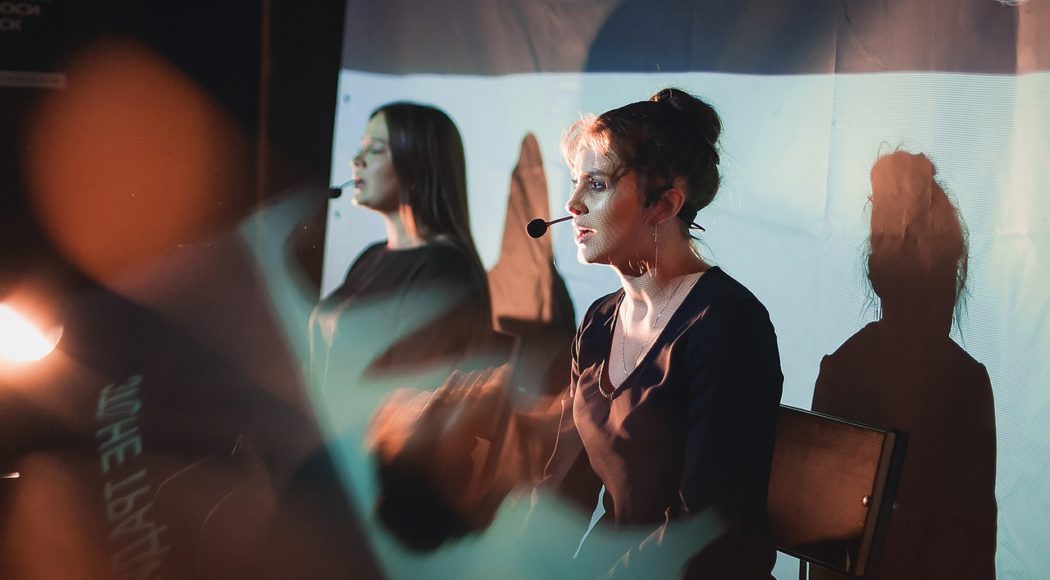 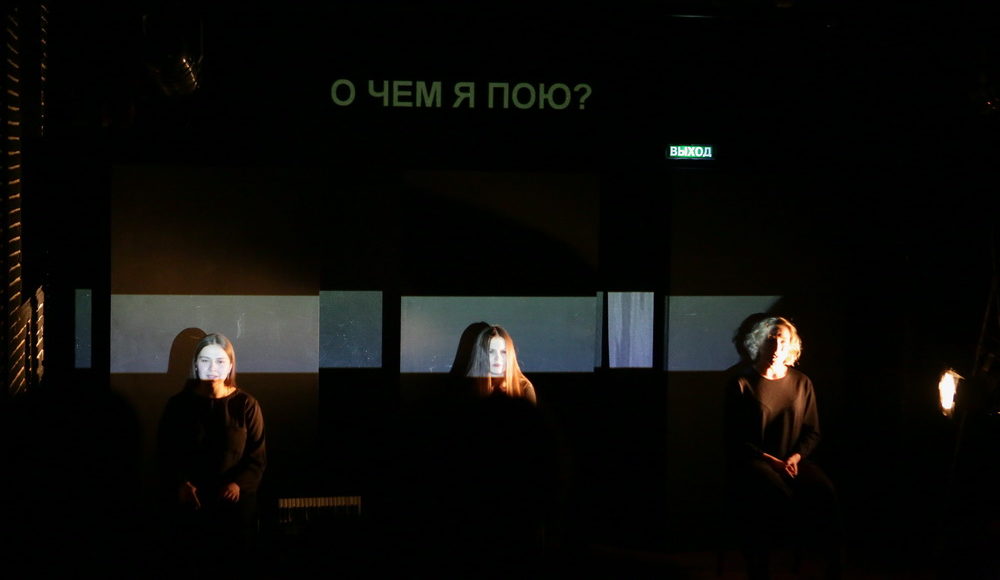 Which Russian traditional songs are still sung today? Can these songs still be taken seriously in the 21st century? What prevents us from enjoying their sound? When we talk about Russian culture, we immediately think of balalaika, matryoshka dolls, colorful scarves, bears, vodka, etc. These stereotypes have nothing to do with Russian folklore in reality. A young generation in Russia today is far removed from how their ancestors perceived and practiced folk culture. There is no longer any real connection to the past and it is harder and harder to find answers to the question of one’s own identity: Who are we, where are our roots, what distinguishes us from others?

In Polina Kardymon’s audio performance, folk songs are arranged in three voices. Lullabies, wedding songs, funeral songs – we understand the words, but do not recognize the sounds, they are strange and unknown to us. The performers try to decipher the meanings of the songs, to get involved with folk culture and to discover them for us today. Traditions have not frozen into a relic here. “Koromysli” is a conversation about old traditions in a new language.

Polina Kardymon began her directing studies with Alexei Mikhailovich Kriklivoy and Ilya Vladimirovich Pankov at the Novosibirsk State Theatre Institute in 2014. After several studio productions that were awarded prizes at student festivals, she staged Marius von Mayenburg’s play “The Ugly One” for her intermediate diploma in 2018. During her studies she also developed the independent multi-part project THE SIGNIFICANCE, dedicated to the female image in art. She has staged “Stary Dom” at the Novosibirsk State Theatre and “Globus” at the Novosibirsk Theatre and is curator and director of the Festival of Contemporary Drama Lubimovka 2018 in Novosibirsk. As a director of the audio performance “KOROMYSLY” and as a curator she appears in the OFF programme of the theatre and the exhibition space “Stary Dom”.