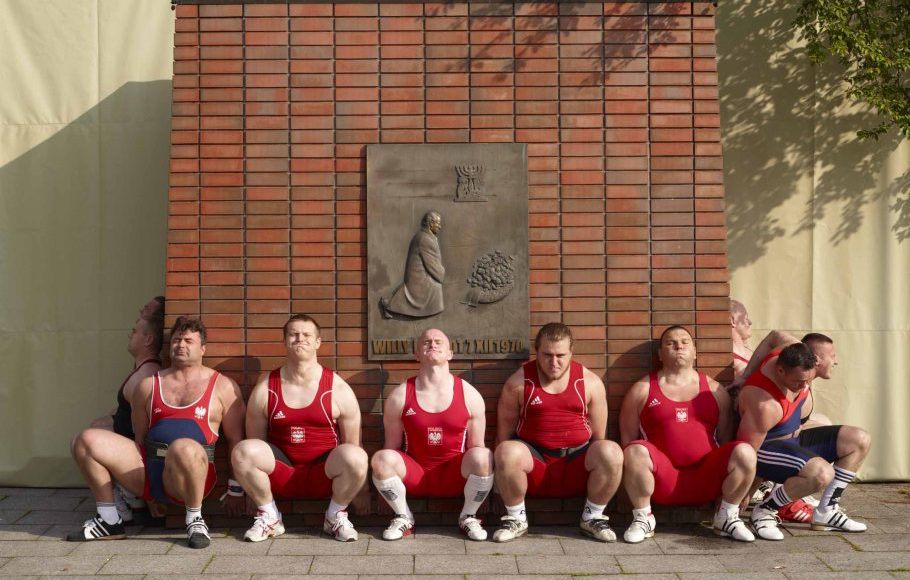 For his retrospective at the Warsaw Museum of Contemporary Art in 2013, Christian Jankowski (born 1968) dealt with the history of Poland – a subject of great tragedy and significance. The numerous national monuments in Warsaw bear witness to this and at the same time gave Jankowski the idea for a video work full of profound humour.
He hired the Polish national weightlifting team and a well-known sports presenter from Polish television. Athletes, coaches, reporters and artists visited five monuments that were to be lifted by muscle power. Among them was Willy Brandt’s monument to the knee fall, but the athletes failed. “Sometimes history is just too heavy to be carried”.

Jankowski’s work consists of performative interactions between him and laymen, between contemporary art and the so-called “world outside art”. He documents these performative collaborations with mass media formats related to the contexts of his works – film, photography, television, print media.