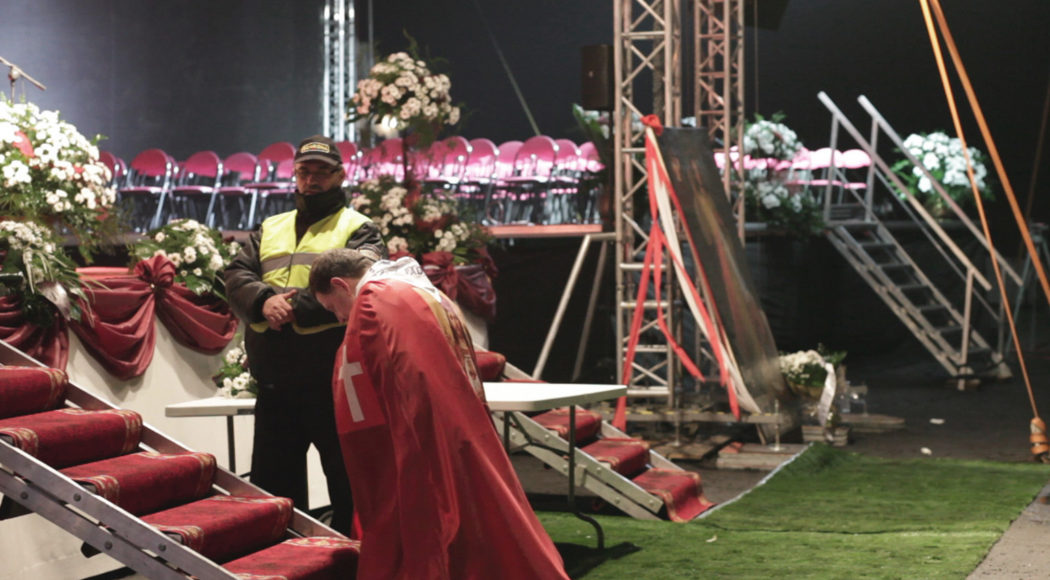 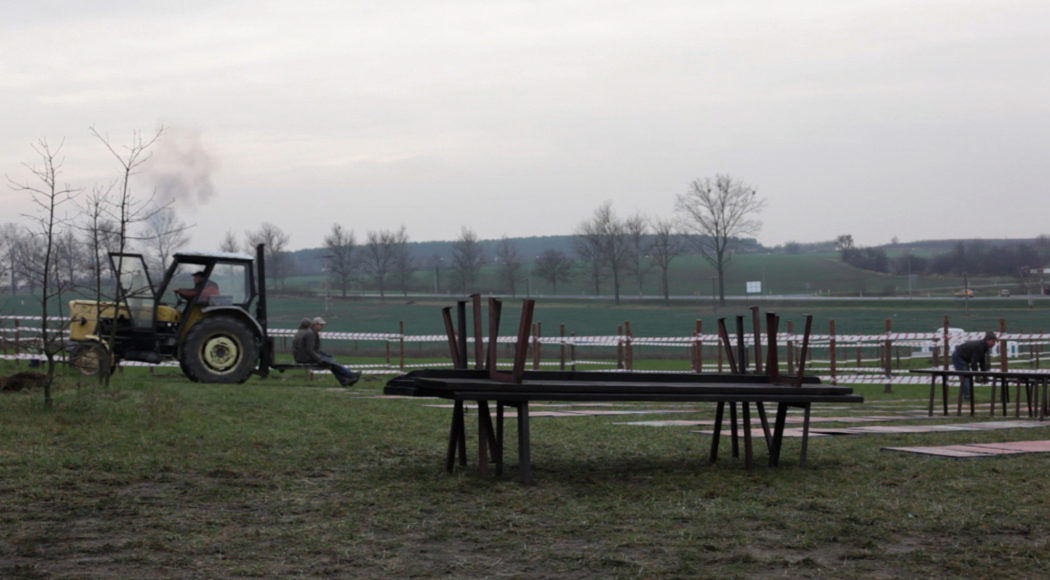 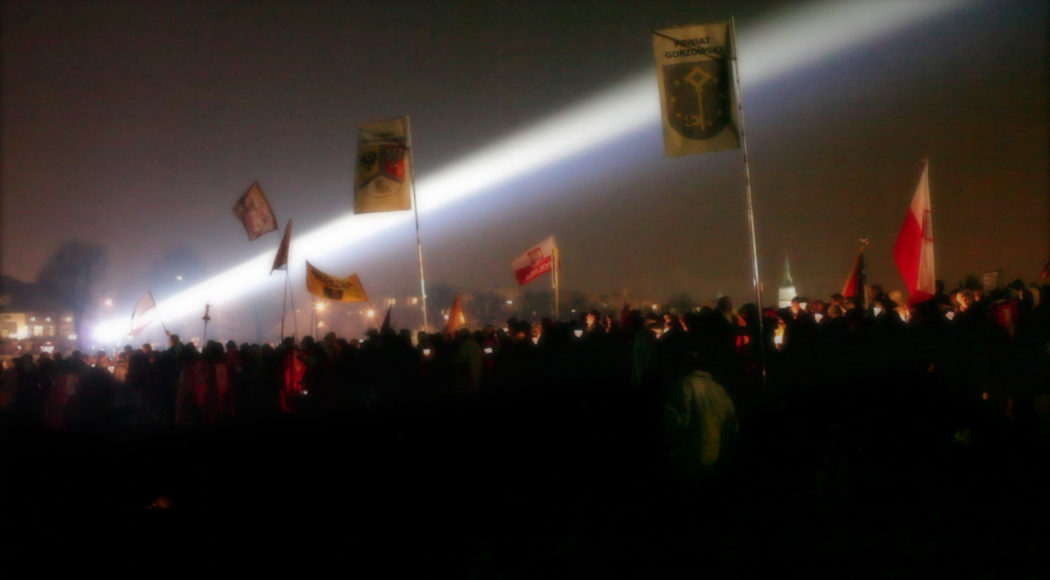 The film was made in cooperation with Anna Baranowski and Luise Schröder. “Facing the Scene” shows the ceremonial inauguration of the largest Jesus statue in the world in November 2010 in the Polish town of Świebodzin. The director, however, does not follow the usual methods of mass media reporting at major events of this kind. Rather, the two artists film the surroundings and focus and analyze the behavior and reactions of the people participating in the event, while the statue itself can never be seen. The original sound functions as an atmospheric sound backdrop. “The film deals with the influential interrelations between modernity and tradition, urbanity and periphery, consumer behaviour and modern demonstrations of power, and also enables a reflection on the social, social, political and religious dimensions of such spectacular and mass-media events. (Anna Baranowski)

Anna Baranowska works as a visual artist and filmmaker on omnipresent, existential questions of human existence in a reduced and accentuated way. The techniques vary between video installation, photography, sculpture and interventions in the media public space. The recurring theme of her works is the struggle between power and impotence.

In her photographic works, videos, publications and mediation formats, Luise Schröder deals with the instrumentalization of the past for contemporary politics and with the continuation of historical myths and their significance for identities and communities. At the centre of her work is the question of the extent to which official remembrance is influenced by political, social and media developments.