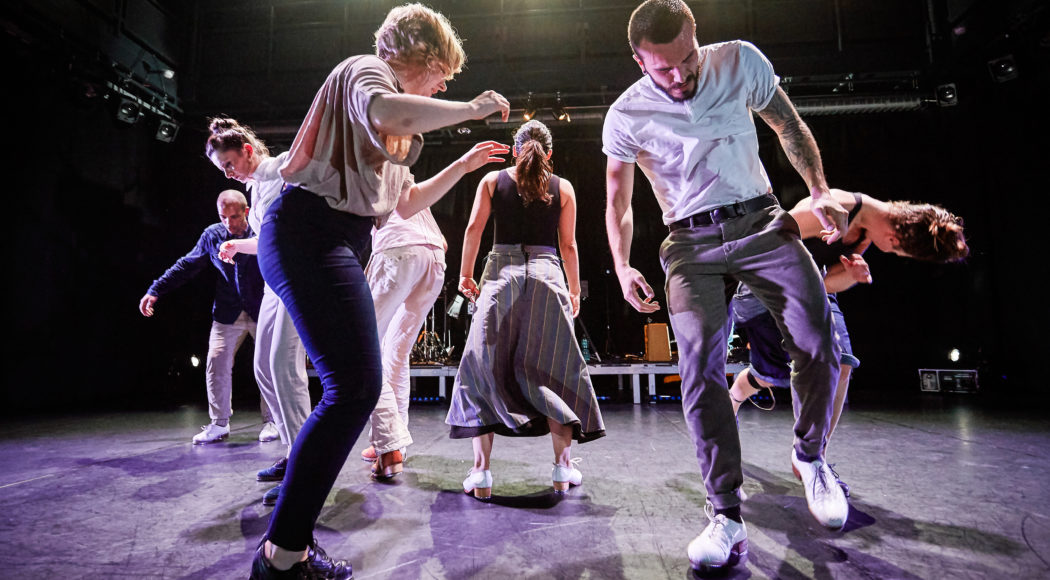 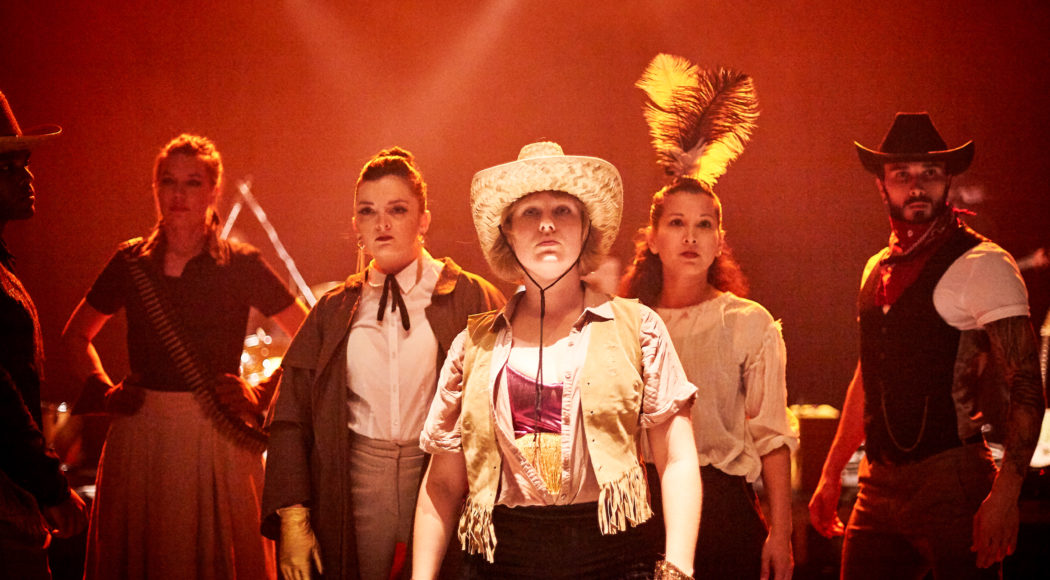 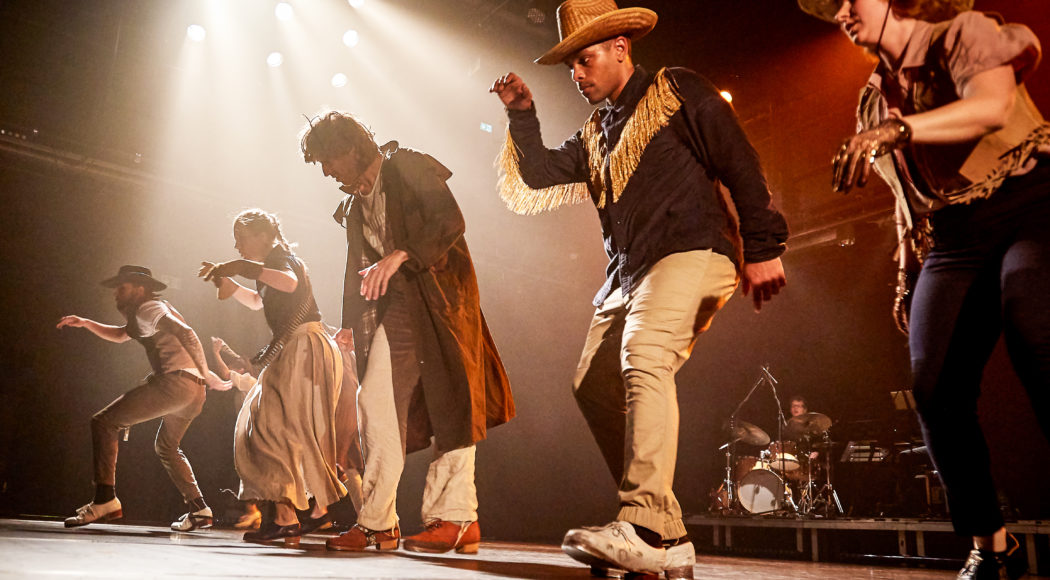 Cowboys is a bubbling, dolled up, hoarse dance spectacle about populists in power.

It celebrates the shamelessness and egomania, the rumbling self-confidence and unscrupulous assault with which populists take the law into their own hands. It dances the feverish underdogs who make heroes out of these cowboys and the indignant liberals who fire the cauldron with their sincerity and indignation.

Somewhere on the edge you can see the cowboys’ mythical favourite enemy: Islam, the establishment, the liberals, the Jews – depending on the zeitgeist and the local. And because the cowboys always have to shoot somebody down, death dances along too.

Cowboys is a cracking symbiosis of brilliant tap dancing and a crude, exuberant, furiously inspired physicality of the dance images. Eruptive, shrill and intoxicating.

At the end, when the noisy heroic myths have been settled, when the aforementioned search begins, when the dance reproduces sounds that already seem like moments of internalization, as well as movements and postures of the bodies that are of meditative power, then it becomes clear that this noisy escape into self-portrait heroism is an escape, not a way.

But that this dance company is on the way, that cannot be overlooked. The fact that it could find its very own ways in the labyrinths of contemporary dance landscapes with this special and so individually animated dance technique is perceived with pleasure.

The internationally cast Sebastian Weber Dance Company has been working together in the current constellation since 2017. After numerous interdisciplinary productions at the interface of film, concert and media art, the company turned back to pure dance with its production “CABOOM” (2017) and has since developed its own set of choreographic methods that reinvent tap dance from within. Their piece developments are a wild mix of open research and pedantic composition: they visualize, personify, associate, filter and translate, and in doing so they seek advice from experts and amateurs. They combine the results with precise musicality and brilliant tap dance technique to create a hybrid form of grooving contemporary dance.

The company was awarded the Saxon Dance Prize 2019 for the production “Cowboys”, which was created as part of the double-pass project TAP TRANSFORM with Theater Koblenz and LOFFT – Das Theater, Leipzig.