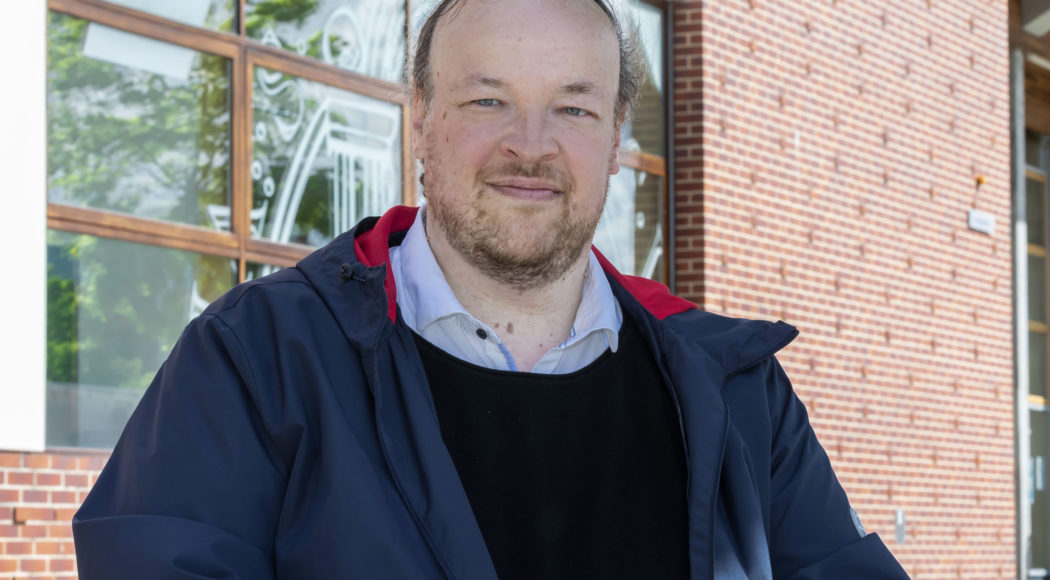 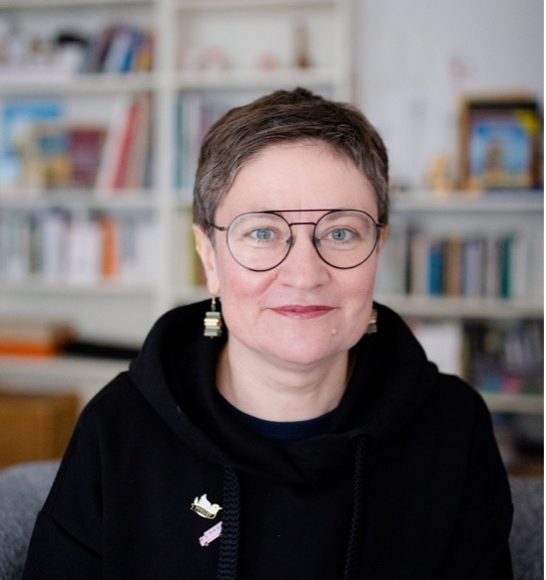 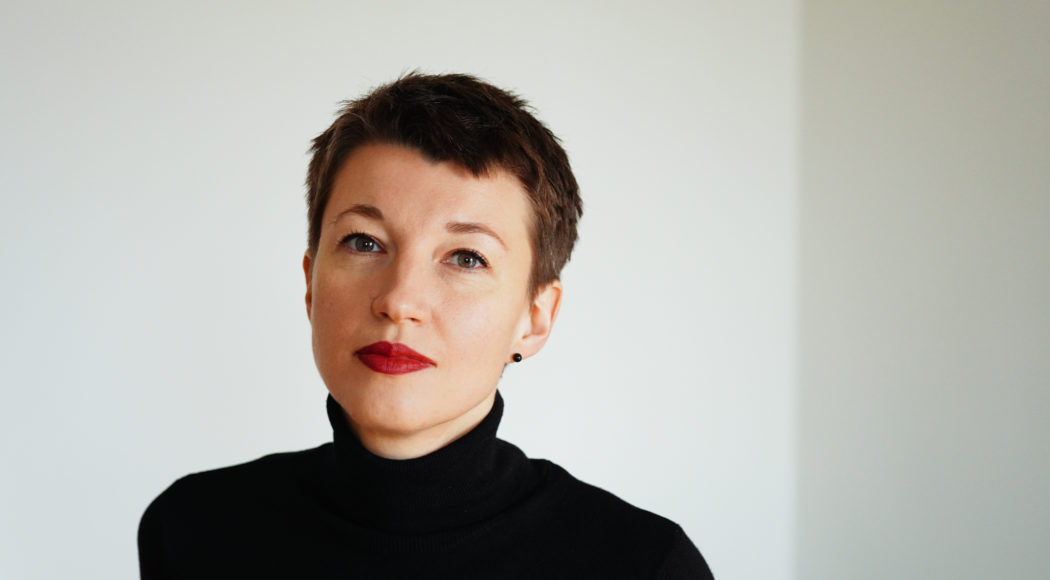 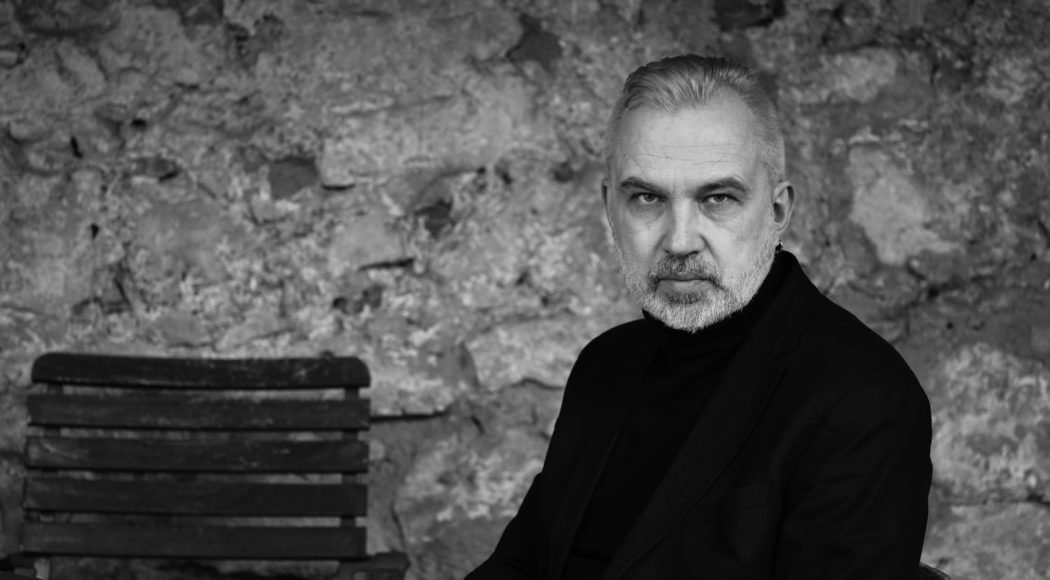 On August 25, 1991 Belarus declared itself independent. At the end of 1991, the Soviet Union was history. This also marked the end of the Cold War. The hope that the fall of the Iron Curtain would lead to a stable global peace order and multilateral cooperation was not fulfilled. On the contrary, Russian President Vladimir Putin sees the disintegration of the Soviet Union as “the greatest geopolitical catastrophe” of the 20th century. Accordingly, the countries of the former Soviet Union are seen as Russian spheres of influence. In order to secure its own autocratic power, democratic aspirations in these countries are deliberately sabotaged and seen as an attack on its own power vertical.

Aliaksei Bratachkin was born in 1974. Historian, head of the public history program at the European College of Liberal Arts in Belarus. Currently a guest lecturer at the European University of Viadrina (Frankfurt (Oder). Co-author of books and articles on the politics of memory in Belarus, European choice, and identity problems in Belarus.

Olga Shparaga, Dr.in phil., born in 1974, taught philosophy at the European College of Liberal Arts in Minsk (ECLAB) until 2021, which she co-founded in 2014. She studied in Minsk and Bochum. From 2001 to 2014, she taught philosophy at the European Humanities University in Vilnius, a Belarusian university in exile in Lithuania. She has taught and conducted research at universities and academic centers in the Czech Republic, Poland, Lithuania, Germany, and the United States.

She is a member of the scientific council of Ideology and Politics Journal, The Interlocutor and pARTisan. She is the author of three books. The Community-after-the-Holocaust. Towards the Society of Inclusion (Minsk, ECLAB-books, 2018, in Russian), was awarded as the best philosophical book by the International Congress of Researchers in Belarus in 2018. Olga Shparaga is a co-editor of 7 anthologies. Summer 2021 her book “The Revolution has a Female Face. The case of Belarus” published by Suhrkamp.

Olga Shparaga is a co-member of the Coordination Council around Belarusian opposition politician Svetlana Tikhanovskaya. She is a co-founder of the fem group in this council. As a member of the feminist group, she was imprisoned in October 2020. To escape a threatened criminal trial, she fled to Vilnius. Olga Shparaga lives in exile and is currently a fellow at the Wissenschaftskolleg in Berlin

(born 1982) is a Belarusian poet, translator, one of the founders and editors of the online literary magazine “PrajdziSviet”.  A member of the Belarusian PEN Center and the Union of Belarusian Writers. She is the author of three volumes of poetry. In 2019, her collection “Circus” was published in German (translated by Thomas Weiler and Tina Wünschmann). Selected poems have been translated into English, Ukrainian, Russian, Lithuanian, Georgian, Swedish, Polish and other languages. At the end of 2020 her diary “Dagar i Belarus” (“Days in Belarus”) about life in revolutionary Minsk was published in Sweden. In May 2021, her book MINSK.TAGEBUCH about everyday life in Minsk during the protests against Lukashenka was published by the German publishing house edition.fotoTAPETA.  S he has also translated collections of poetry by Walt Whitman and Stephen Crane, as well as several poems by other American and English authors into Belarusian. She also translates children’s literature from Norwegian.

is a Belarusian writer and poet. He studied Belarusian literature and linguistics at the Pedagogical University in Minsk. Bacharevič has published several novels (“Alindarka’s Children,” “The Last Book of Mr. A.” and others) as well as volumes of essays. Texts of the author were printed in internationally renowned literary magazines.

In 2017, the author’s magnum opus was published, “The Dogs of Europe.” The novel, which Bacharevič himself translated from Belarusian into Russian, was nominated for the largest Russian literary prize “The Big Book (German)” and made it to the short list. The “Belarus Free Theater” staged the novel in Minsk in March 2020. The world premiere is currently scheduled for March 2022 in London. The new edition of the novel was confiscated by Lukashenka’s authorities in spring 2021 and classified as “extremist” and “contrary to the state.” In 2021 he was honored with the German Erwin Piscator Prize (“for the powerful work as one of the most important Belarusian writers, who explores the conditions of totalitarian rule in monumental novels “The Magpie on the Gallows” and “The Dogs of Europe” and profound essays”). In 2020, while still in Minsk, he wrote the essay “The Last Word of Childhood. Fascism as Memory,” which was translated and published in several languages. In German, the text appeared in the Austrian newspaper “Die Presse”. The theme of the essay deals with the revolution and repressions in Belarus. Alhierd Bacharevič has been a participant in international literary festivals and in the Intellectual Club of Belarusian Nobel laureate in literature Svetlana Aleksievich. In 2020, together with his wife, author and translator Julia Cimafiejeva, and hundreds of thousands of Belarusians, he was an active participant in the peaceful mass protests in Minsk directed against Lukashenka’s regime. Since December 2020, Alhierd Bacharevič has been living in Graz with Julia Cimafiejeva on the literary scholarship “Writer in Exile” as a guest of the Cultural Department of the City of Graz and Kulturvermittlung Steiermark.