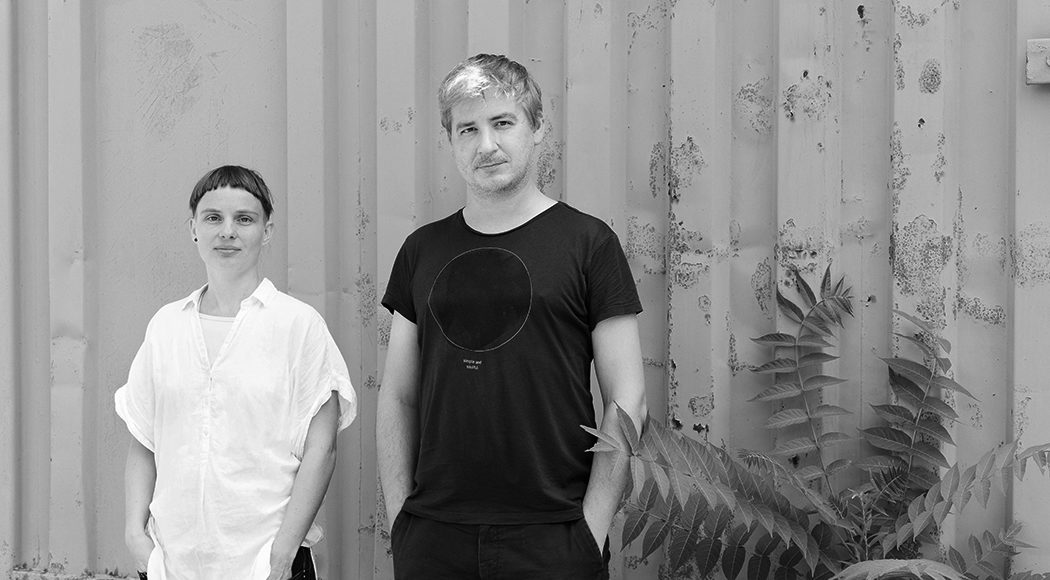 The starting point for the research is observations of how nationalist, patriotic and chauvinist forces are flourishing and strengthening in more and more European and non-European countries, how more and more people clearly want to be led by a firm hand. The search for someone who ‘de-complexes’ and ‘a-globalises’ the world and thus makes the impossible possible – someone who pretends that we can move backwards, go backwards in a world and time where it is only possible to move forwards – is becoming the political agenda. During their research residency, Johanna Roggan and Benjamin Schindler deal with human rights, their violation(s) and how to deal with them as individuals or as a group. Starting from the assumption that human rights are (like) our skin, which protects our insides and yet allows the outside world to enter, it is necessary to examine, document, negotiate and question: Who knows human rights? What experiences have people in Europe had with their human rights? What stories are there to tell? Where are they violated in daily life – without us noticing? Which scars remain? Are human rights in danger? Does the list of rights need to be completed? Which rights should be rewritten or even deleted? The residency is intended to serve as a place to collect precisely those experiences and reports, in order to translate them later into movement, dance, language, text, film and image. Originally, joint journeys to many European countries were planned in order to research stories there and document them on film and audio. In the current travel situation, it’ll be the questions instead of Johanna Roggan and Benjamin Schindler personally that will go on the journey. For the new situation, Schindler and Roggan are looking for adequate and also aesthetic translations.

Johanna Roggan, who lives in Dresden, has been working as a freelance dancer and dance creator throughout Germany and internationally since 2008, having trained in Nuremberg, Berlin and Linz. After her studies she went to Israel from 2008 to 2010. In addition to her voluntary work in TanzNetzDresden, the association of the independent dance scene in Dresden, Johanna gives dance and GYROKINESIS® training for professional dancers and amateurs as well as workshops for interactive systems in Germany and abroad. Her own works, workshops and festival invitations as well as her work with changing choreographers have brought her to South America, Canada, Russia and various European cities, in addition to Germany. Her work “wo es eben passt, Kapitel II” was invited to the first Dance Platform Saxony in May 2013. A jury awarded her work for a co-production of a new work in 2014 with HELLERAU – European Centre for the Arts Dresden and the Societaetstheater Dresden. In the same year she founded the dance company the guts company. Together with the Societaetstheater the guts company was supported by the German Federal Cultural Foundation in the Doppelpass fund for the seasons 2015/16 and 2016/17. In 2017 Johanna Roggan / the guts company received the Ursula-Cain Prize for her choreography “Das Eigene/ HEIMAT” as part of the Saxon Dance Prize. Johanna Roggan, together with Katja Erfurth, is the artistic director of VILLA WIGMAN and is intensively involved in the cultural-political field for better working conditions for the liberal performing arts, especially in Dresden and Saxony.
thegutscompany.net

Benjamin Schindler is a filmmaker and video artist. He got to know and love the world of visual narration as a programme cinema operator, photographer and illustrator. From 2006 to 2012 he studied media arts at the Academy of Media Arts Cologne. While still a student, he founded the artists’ collective zeitgebilde and began to develop virtual stage sets for theatre and opera productions. Until today, this has resulted in numerous cooperations with dance companies, musicians and performers with whom he regularly works. He is co-founder of the ensemble shortfilmlivemusic, with which he created a film-musical trilogy on the history of migration in the FRG and GDR and performed documentary performance formats internationally. Benjamin works transmedially, often finds his material abroad and has filmed in India, Gambia, Spain, Great Britain, Taiwan and the USA. His experimental documentaries deal, among other things, with the search for self-determined ways of life, the influence of stories on history, the search for identity of societies and the influence of virtual realities on our reality. The films were made with arte for the cinema, among others, but were also shown at festivals and in some cases as installations in exhibitions. Since 2017 he has been managing director of zeitgebilde Filmproduktion, a workshop of ideas for hybrid forms, political and socially relevant formats with attitude and ambition.
zeitgebilde.de