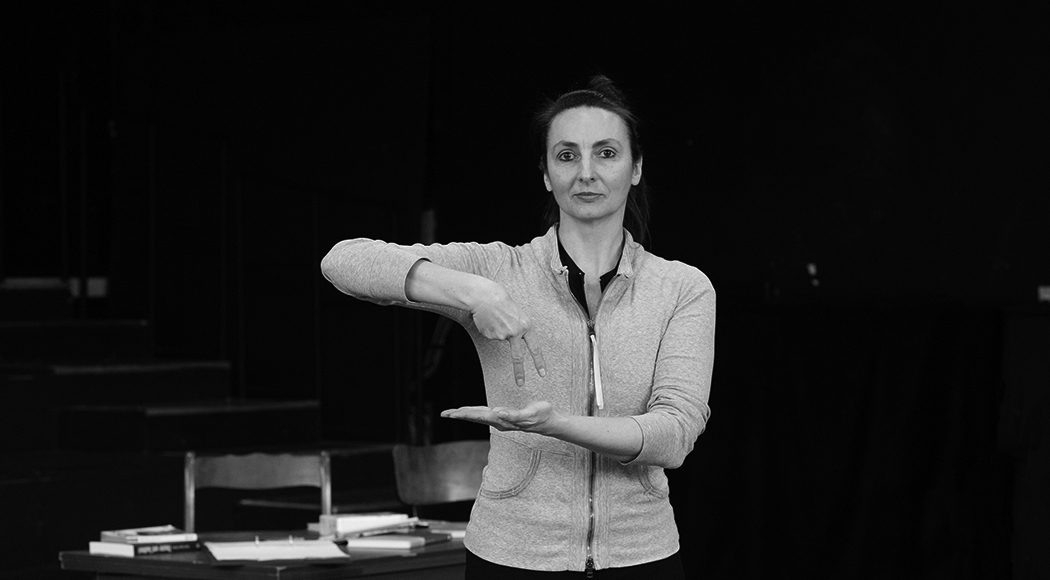 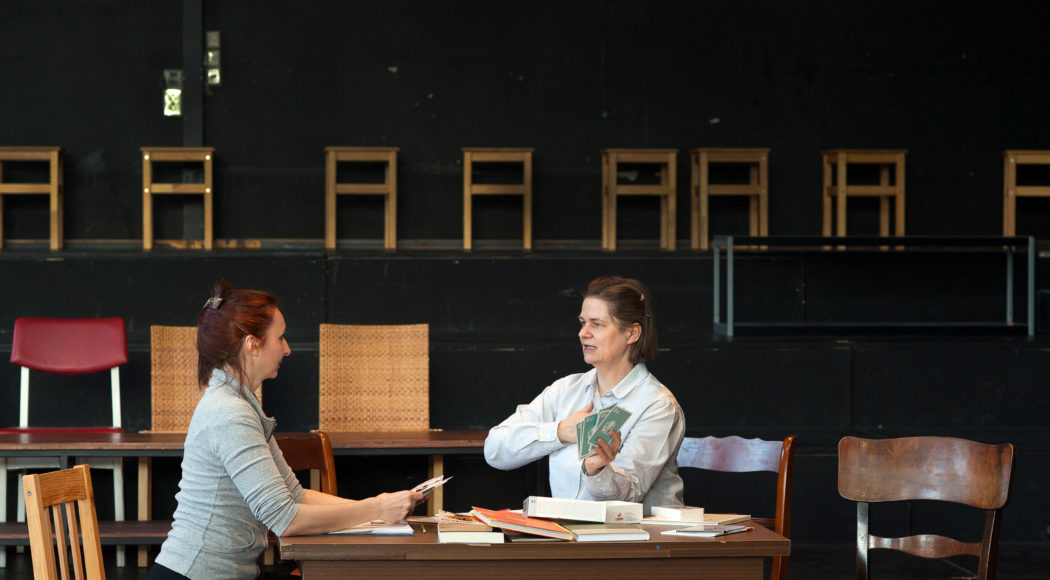 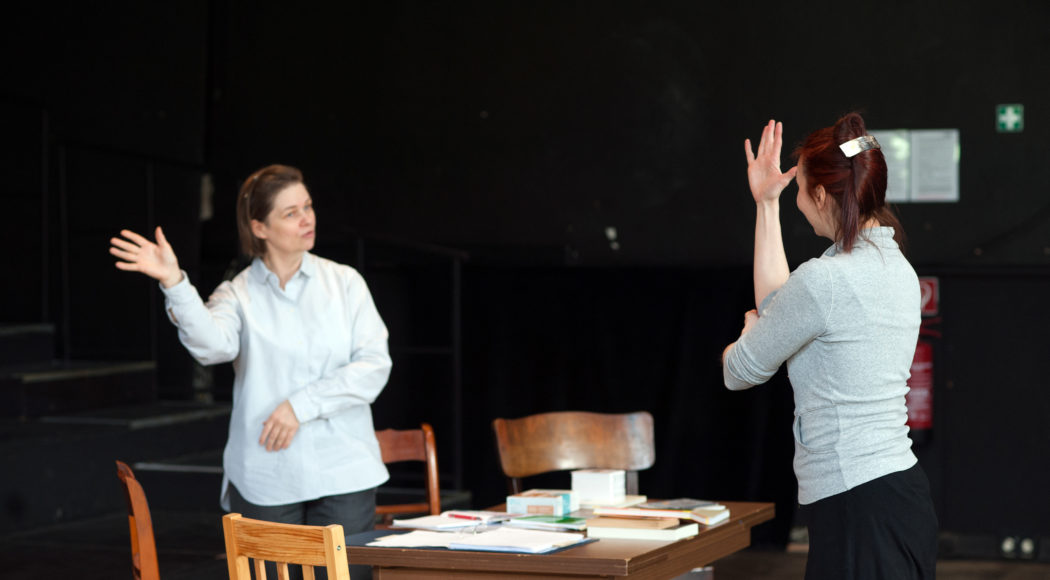 The examination of natural body language, which finds its continuation in dance, has accompanied Katja Erfurth as a dancer, choreographer and teacher since the beginning of her artistic work. She had her first contact with sign language in workshops for deaf or hard of hearing people, which were accompanied by interpreters. In her encounter with this visual language, she was fascinated by the completely non-verbal level of communication, its complexity in the inclusion of hands, arms, facial expressions and body and its multi-dimensionality and grammar in space. Her research residency aimed at exploring sign language, learning its principles and assimilating it into her movement language of dance. In collaboration with vigevo, Katja Erfurth investigated the origin, development and social change of sign language and examined the extent to which the involuntary gestures of the hearing are related to signs or whether they have developed independently. Following the residency, the interweaving of dance and sign language, along with sound and music, will be explored and developed in a context of content. In a joint work with the composer Helmut Oehring and the Ensemble AUDITIVVOKAL Dresden, Katja Erfurth will premiere the piece “CASSANDRA” in co-production with TANZPAKT Dresden.

Katja Erfurth received a nine-year dance education at the Palucca Schule Dresden, primarily in the subjects of Classical Dance, Modern Dance and New Artistic Dance with Gret Palucca. In 1990 she joined the ballet ensemble of the Saxon State Opera Dresden, which she left in 1997 to work as a freelancer. Since 1995 she has increasingly worked choreographically in various community and solo projects. In addition, she choreographs for numerous music and spoken theatre productions and holds teaching positions in the subjects movement-dance-improvisation. She is a full member of the Saxon Academy of Arts and is also active in various professional and cultural advisory boards and juries. As chairwoman of the board of the Villa Wigman für TANZ e.V., she has been significantly involved in recent years in the preservation of the former Wigman School, Bautzner Str. 107 in Dresden. Together with Johanna Roggan she is part of the management team of VILLA WIGMAN, the production house for dance and other performing arts.