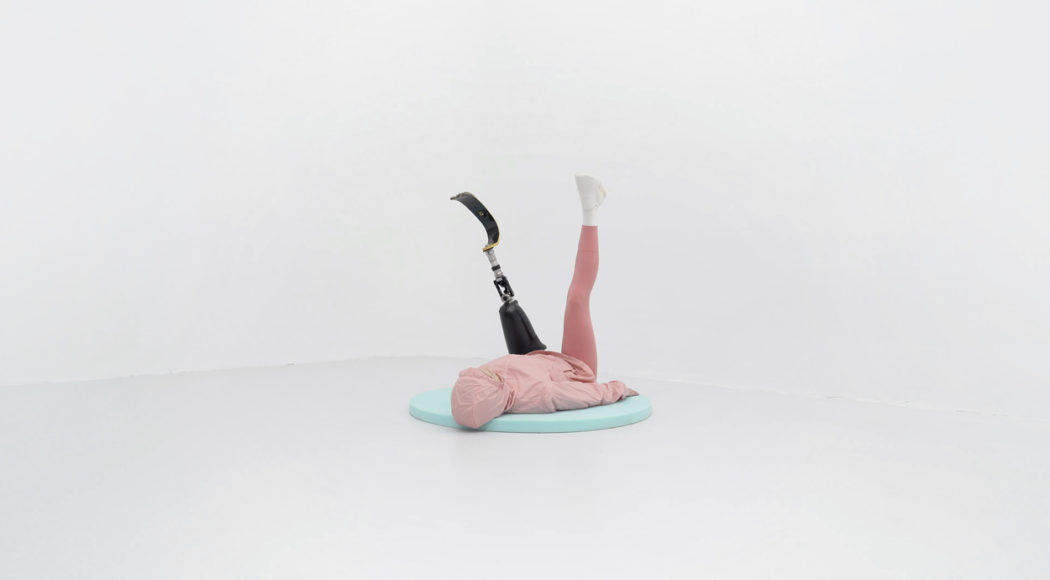 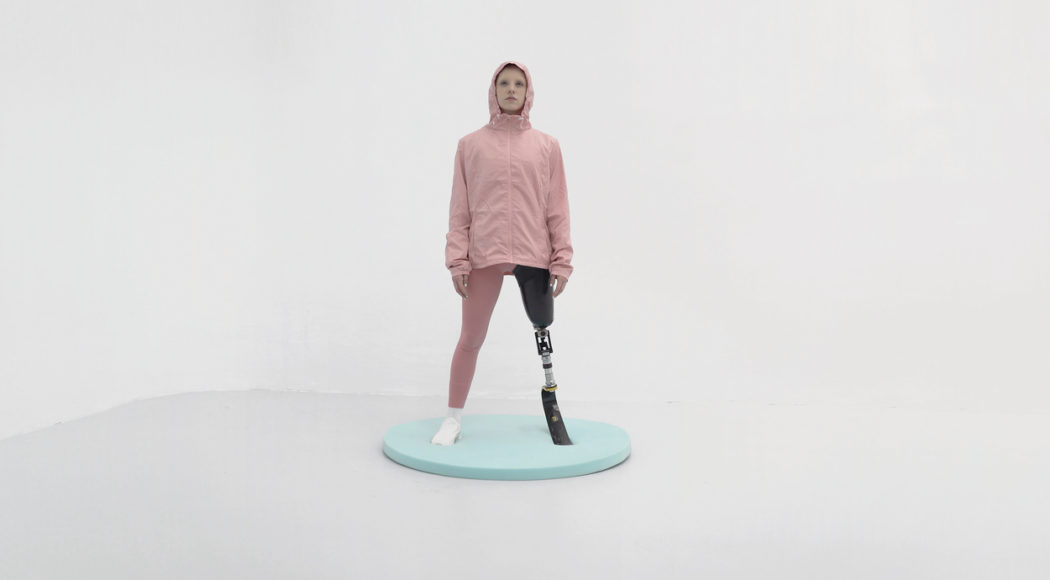 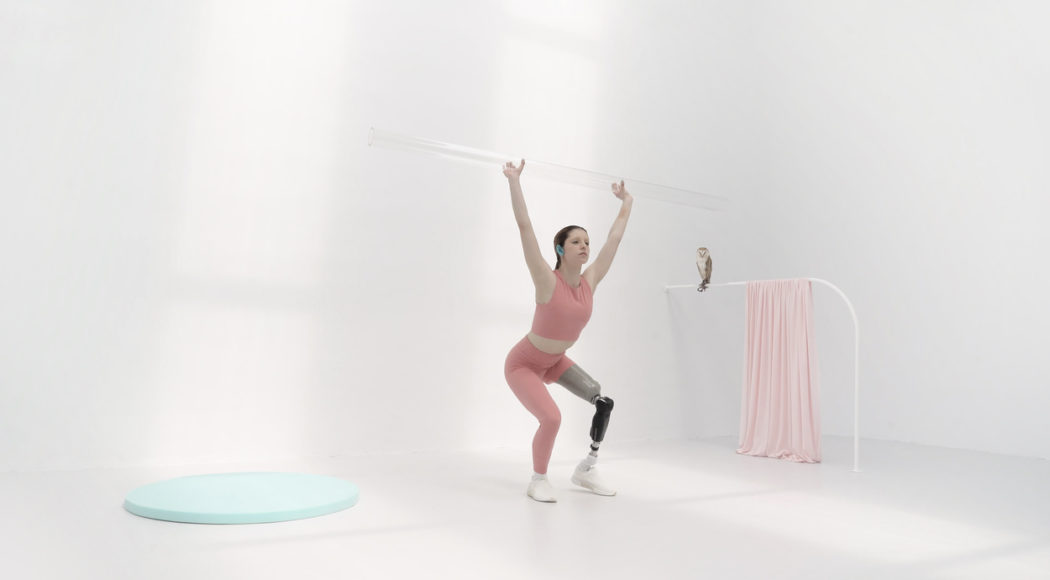 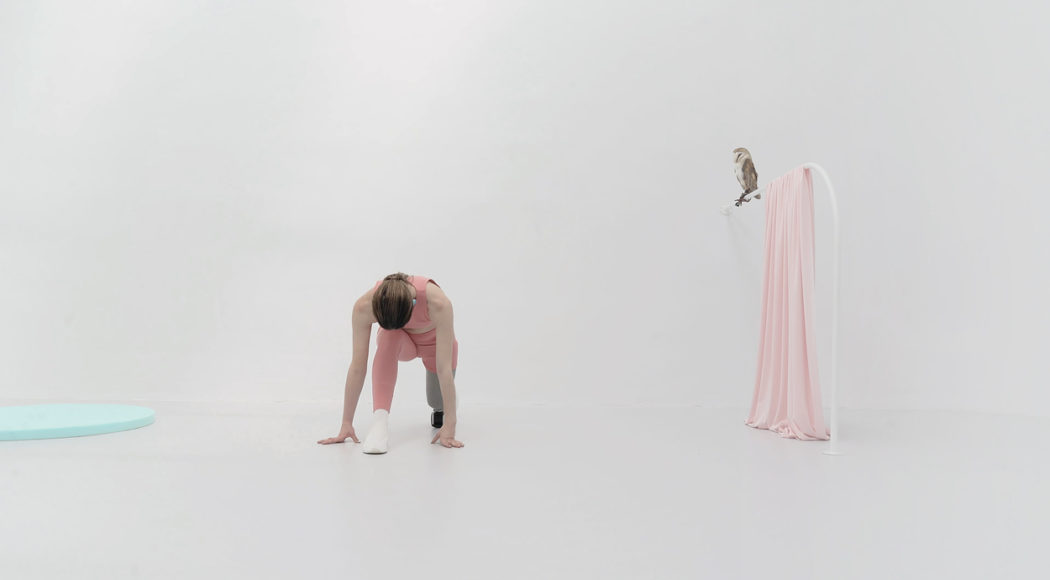 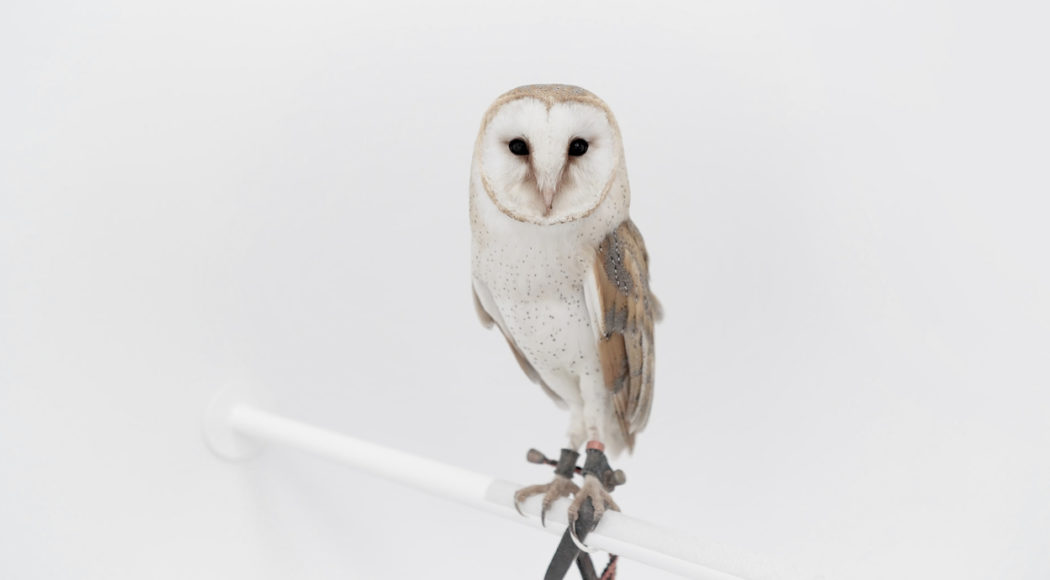 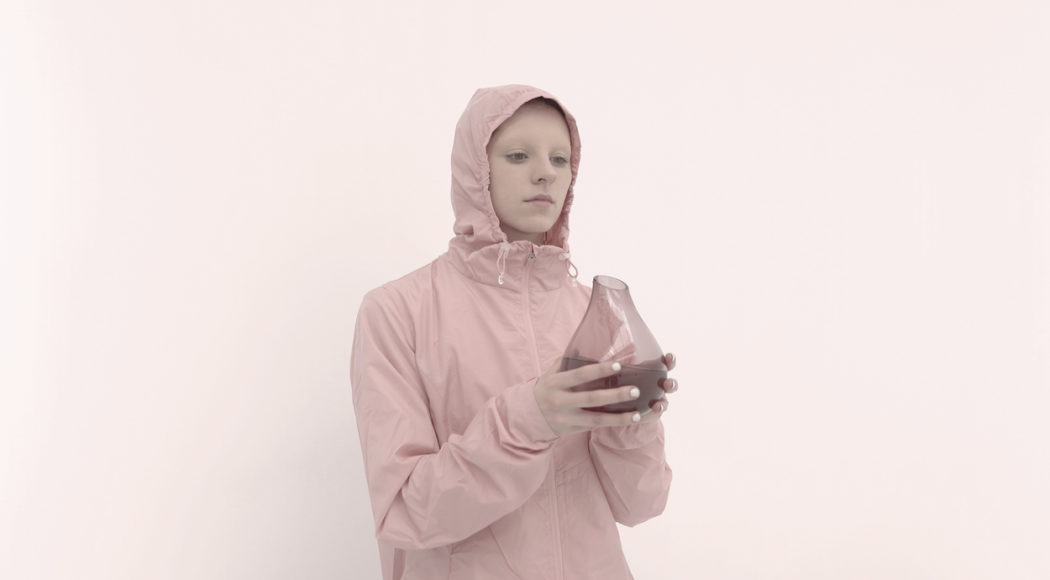 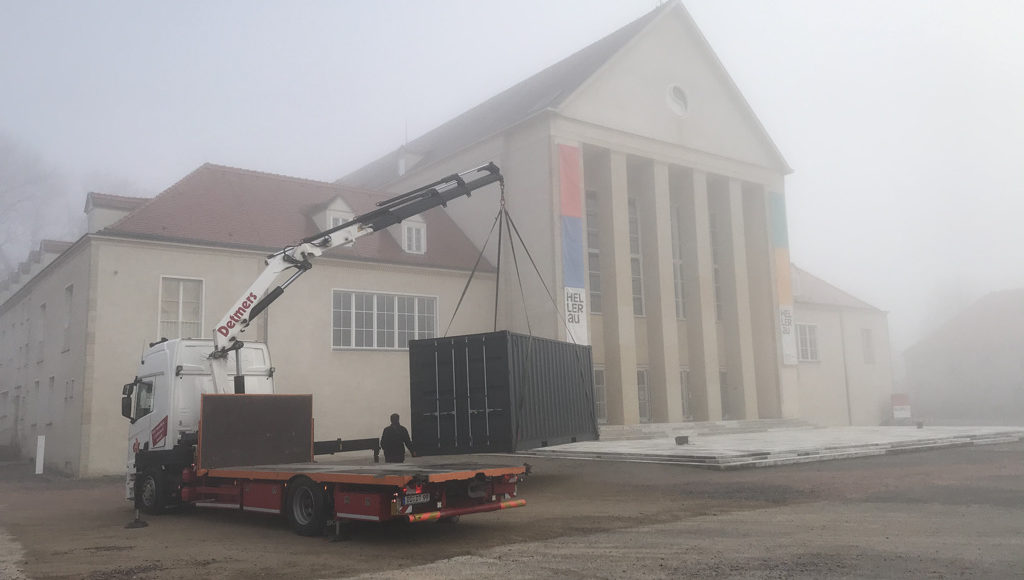 Open one hour before and after the event on all event days.
The current hygiene regulations apply to access to the HYBRID BOX.

he exhibition presents a video installation which is part of Borrás’ new body of work – the ADAPTASI CYCLE, that has been developed over the course of the last five years. ADAPTASI CYCLE is a divination of our reality, transcending the limits of pasts and futures, the organic and synthetic, the natural and technological. His work seeks to explore the metaphysical depths of adaptation as a method of surpassing the categorial limits of existence.

The film „Adaptasi Cycle – Arcyria“ presents the futuristic fiction of M: In an alternative present, M cultivates her pro-technological body and her mind on a daily basis in a methodical and ceremonial manner. Apart from the company of a white owl, she lives isolated in a ‘soft cave’ – a space of seemingly flawless harmony. Within this space, M trains and hydrates her physique virtuously, embodying accelerationistic fantasies that in a sense resemble a new occultism. During her push-ups and stretching, M meditates and mentally escapes to distant places beyond this amor vacui.

Mit Borrás is a visual artist based in both Madrid and Berlin. His multi-dimensional artistic approach primarily incorporates video- and sculpture-based works that conceptually explore how modern society has elevated digitalism, technology, and progress into its paradigm of evolution.

Moritz Frei | I don’t believe in dinosaurs. | 11.11.2021 – 13.02.2022
“I don’t believe in dinosaurs.” It is the statement of a child after seeing the dinosaur skeletons in the Museum für Naturkunde Berlin and doubting their authenticity. The work of Moritz Frei (*1978) poses questions about individual attitudes – about how we inform ourselves, how we tell about things and seek exchange with others. The environment becomes an elementary component of the artwork. The work of the artist Moritz Frei has been shining from the roof of the Hamburger Kunsthalle for several months – and now also in the HYBRID Box.

HYBRID BOX is a new modular gallery that presents experimental and interdisciplinary art by local and international artists, and at the same time accompanies the beginning of the conversion of the original east wing of the barracks on the Hellerau festival grounds.