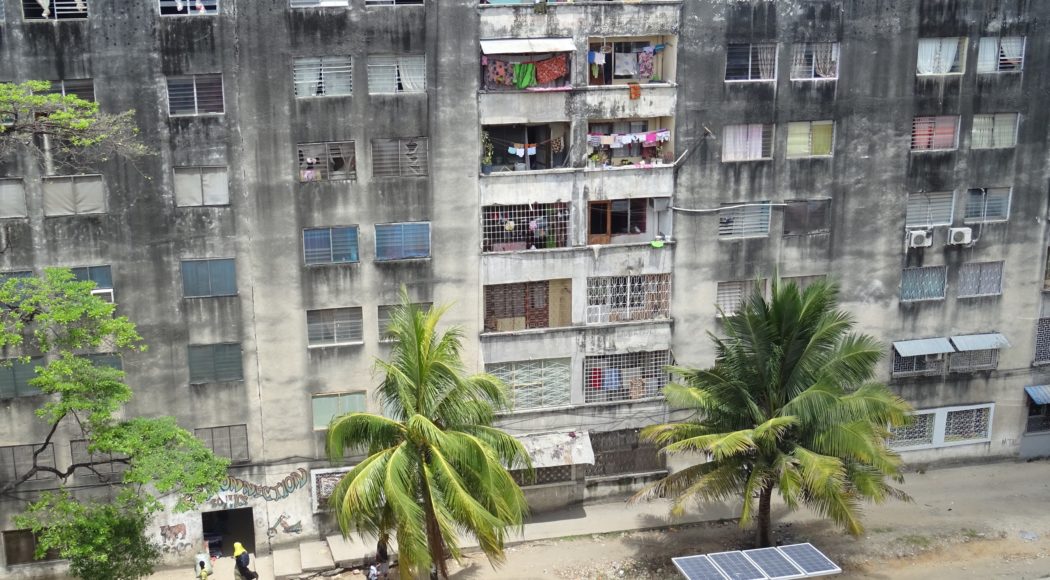 In the area comparison of major German cities, Dresden with 328.28 km2 is in 4th place after Berlin, Hamburg and Cologne. As of December 31, 2019, Dresden ranked 12th in a comparison of major German cities with 563,011 inhabitants. What position will the city of Dresden take in this decade of the 21st century between tradition and innovation, between regionality and internationality, between art and high technology? What kind of social and community life can be established in Dresden for residents as well as visitors and temporary guests? And what relationship is the capital of Saxony developing with its neighbors in rural and regional areas, but also in Poland and the Czech Republic and far beyond internationally? The focus “City.Space.River.” marks the beginning of an artistic examination of current social and cultural developments in the urban space of Dresden and its surroundings. HELLERAU, itself located on the periphery between city and country and in the first German garden city, is dedicated to contemporary interdisciplinary projects dealing with urban and public living spaces. The historical reference to the prefabricated slab buildings and new housing estates of the GDR plays a role here, as do current disputes about affordable housing and existential fears about the preservation of private and public living spaces. With the Elbe and the banks on both sides, Dresden has the inestimable value of a large public space, accessible to all the people of the city. At this place HELLERAU realizes the European project “Moving Borders – Ark of Underestimated Knowledge” and invites residents and visitors alike to art and encounters.

Plattenbauten – Islands of the present

Can a type of building that is often discredited as ugly be a kind of aesthetic link between experiences in different places of the world and bring people from different parts of the world together? Sarah Methner and Maximilian Hanisch were both born shortly before the fall of the Wall in East Berlin and Dresden, respectively. For their generation, the GDR is on the one hand a distant narrative of parents and relatives and on the other hand an inseparable part of everything they grew up with. So inseparable, in fact, that it was only a few years ago that the two really realized they wanted to realize a theater work about this strange East German identity. The idea of making something seemingly genuinely East German the center of the production developed out of their shared interest in architecture and the desire for a thematically narrow focus: the Plattenbau. In the GDR, one in four people lived in a prefabricated building. And anyone who didn’t live there knew someone from the Plattenbau. For some, they stand for dreariness and social decline. Others defend them and with them their biographies and memories. Especially since the rupture of the Wende era and the devaluation of East German achievements can also be seen in the reception of the apartments. Prefabricated housing was in demand in GDR times and had a positive-sounding name: New Housing Estates. Because of their good infrastructure, they were considered proof of socialist achievement and represented progress and modernity. The ideal cities of large panel construction also had a strong symbolic power: Just as the buildings could be planned on the drawing board, socialist togetherness was also to be realized in all areas of life. Prefabricated housing estates are extremely common because of the simplicity of modular construction. They exist all over the world from Moscow to Paris to Copenhagen. And also in places where you would not expect them from a European perspective, for example in Mexico or Vietnam. In all these places, people have adapted, repurposed and appropriated buildings. And even if only a few settlements have a direct architectural connection to the former GDR, and even if not all of them were built in a modular fashion, the external similarity of the buildings triggered a connection to the East for Methner and Hanisch each time. Could the interchangeability and similarity of the prefabricated buildings be an opportunity to rethink an East German idea of home and identity in a sustainable way? Could the Plattenbau be a gateway to the world in which it is possible to understand history as something common? After all, the slabs look similar, but each apartment has different and unique biographies associated with it. The symbolism of prefabricated buildings is also not universal. The view of them is shaped by various factors, such as the economic performance of the respective country, the respective narratives of governments, private actors, residents and architects, the location of the settlements and their external condition: Marzahn-Hellersdorf, once Europe’s largest prefabricated housing area, is located in Sarah Methner’s hometown of Berlin. Forty years ago, the dream of equality for all people was to be realized here with the help of socialist urban planning. Starting in 1977, 60,000 apartments were built here and gratefully accepted by East Berlin’s population. Since reunification, the image of the district has suffered. Marzahn still fails to attract high earners, cultural workers and academics. They prefer the old buildings in the center or single-family homes on the outskirts. Although the shape and construction of the buildings are similar, prefabricated buildings are perceived completely differently in cities like Shanghai and Hong Kong, where Max Hanisch lived for a long time. They are also not located on the outskirts like the Gorbitz and Prohlis districts in Max’s hometown of Dresden, but directly in the centers. The buildings fit into the narrative of the social rise of the Chinese population, which is characterized by a large migration movement from the countryside to the city. Compared to houses in the countryside, prefabricated buildings stand for better infrastructure and progress – as they once did in the GDR. Methner and Hanisch made a preparatory contribution to the theater work through their research trips and contact with theaters in various countries around the world. In their exchanges with interviewees, both were repeatedly amazed by a kind of productive irritation – whether they were talking to people from Moscow, Hong Kong or Basel: each time they heard familiar stories that were at the same time foreign to them. The prefabricated building became a crystallization point for world politics, family history and the everyday drama of living. The interviewees, in turn, were positively irritated when Methner and Hanisch told them what moved them about the subject.

A Cherry Orchard (AT) By Martin Valdés-Stauber

In Chekhov’s work, nothing happens, but everything happens. From the beginning, the end of The Cherry Orchard and the social decline of the protagonists seem inevitable. Ways out are dismissed. But what actually happens to the Ranevskaya family when the play ends? Director Prodromos Tsinikoris traces the fates of Liouba, Anja, Warja and Gajew and documents not only their loss, but above all where this social and biographical break leads the dearly loved characters. Chekhov’s Cherry Orchard provides a brief excerpt from their lives and paints them as figures already condemned. Who are these characters beyond Chekhov’s text? How does the life of the three women Lyuba, Varia, Anja develop from today’s point of view? What does the future of the cherry orchard look like? Will it be cut down to build vacation apartments? Will these serve as retreats during a pandemic or as places to take a breather for an exhausted (Central European) performance elite? Who spends the lockdown and how? Who owns the city? The discussion of Chekhov’s Cherry Orchard forces a discussion about property and capitalism. Greek artists:inside know all too well what it means to give up one’s cherry orchard: they all know the pressure on the housing market caused by large international investors, changing eviction laws, and private individuals who want to secure their place in the South. Good location, good weather, cheap prices. In order to afford rising rents, many people (in Athens, but also elsewhere in the European south) have to offer their apartments on Airbnb – and thus become price drivers and gentrifiers themselves. The current pandemic only suspends this development for a short time and replaces it with another, crisis-like situation. The normalization of the epidemiological situation will re-establish the state of emergency on the housing market and lead to forced evictions again. In keeping with the focus on “Stadt.Raum.Fluss.”, the new work by Prodromos Tsinikoris, in an interweaving of literary examination and documentary work, deals with the right to the city, the conditions on the labor market, and the fate of those affected.

Tue/Mi 08./09.06.2021
A Cherry Orchard (AT)
Prodromos Tsinikoris (GR/DE)
Theater
Prodromos Tsinikoris, born in Wuppertal in 1981 as the son of Greek guest workers, studied at the Thessaloniki Theatre Faculty from 1999 to 2005. In 2009 he moved to Athens, where he realized numerous reality theater projects with Anestis Azas. As a dramaturg he worked with Lola Arias, Ana Vujanović & Saša Asentić, Dries Verhoeven, influx artist collective and Paul Preciado in the framework of “Exercises of freedom” for Documenta 14 in Athens. From October 2015 to September 2019, he held the artistic direction of the Experimental Stage -I of the National Theater in Athens with Anestis Azas. A production of the Athens & Epidaurus Festival. Funded in the framework of the Alliance of International Production Houses by the Federal Government Commissioner for Culture and the Media. The Moving Borders project is co-financed by the Creative Europe Program of the European Union.