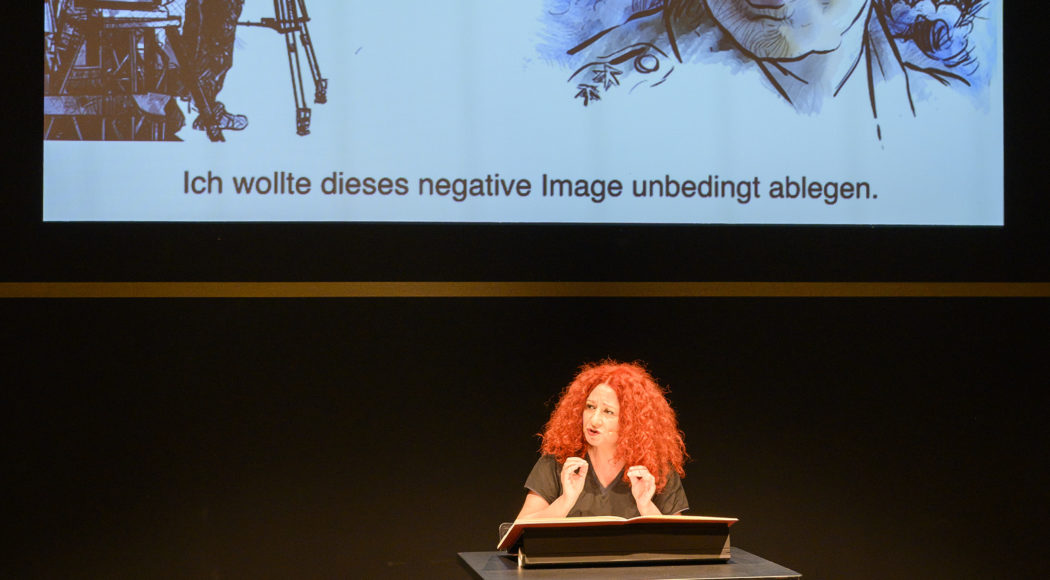 Carena Schlewitt in conversation with Lina Majdalanie, Rabih Mroué, Marta Keil and Grzegorz Reske about the research process for “Last but not last

Marta and Grzegorz, you initiated this long-term research project on history and transformation processes with reference to Poland. And you invited Lina Majdalanie and Rabih Mroué, two well-known artists from Beirut who live in Berlin. What was your impulse, your interest in this theme and this constellation?

For us, the radical populist turn that took place in Poland in 2015 came as a surprise. We have been observing and reflecting on significant social changes in Poland for some time now and see how economic and social inequalities are increasing, but we did not expect such a rapid and radical political turnaround. Partly also because we ourselves were in the middle of it and took part in the strenuous cultural struggle. For this reason, we decided to invite artists* who can view the complex political and social situation of Poland from their own, external perspective and who most likely see mechanisms and interdependencies that remain invisible to us. The choice of Lina and Rabih was obvious for us: we have worked with them before and admire their longstanding artistic research on memory and representation and their unique interweaving of the personal and the political. The decisive factor for us was above all Lina and Rabih’s method of using fiction as a political tool to understand reality.

Lina and Rabih, as part of the working process you visited Warsaw and Dresden many times – how did you perceive the societies, the cities, the historical aspects, the people from your social and artistic perspective?

During our stays in Dresden, Warsaw and also Leipzig we wanted to try to understand the specificity of each city today in connection with its past. These three cities have a long communist regime past. Of course, the modern history of each city is multi-layered and complex, especially for two artists* who come from a different context. But we have found ourselves creating associations between the three cities and our city Beirut, in addition to our personal experiences. Both differences and similarities between the four cities have helped us in our working process. Populism, nationalism, the interference of religion in politics, historical myths and national heroes etc. are unfortunately on the rise again all over the world today. But in every country or society this development manifests itself differently, there are different roots, a different visual language, a different imagination … We wanted to understand how this development is articulated in relation to the own, special experience and history in every city. And here too it was very helpful to examine both differences and similarities and to be prepared to see everything as surprising or even strange. We wanted to approach the topic ignorantly and without condescension and ask, like a child, quite naively why and how something happens.

What finally became the common working approach for you, from which the theater evening emerged?

An important point was Linas and Rabih’s observation of what has recently become a Polish obsession: historical (and fictional!) reconstructions. A wave of reenactments of past or imagined events that have recently been seen all over the country. As if we had to constantly retell our story, as if its present version was not heroic or attractive enough. We then selected a very “banal and insignificant” event from 2016, combed through it and analyzed it until, surprisingly, a whole world was revealed before our eyes, a world that is related to the discourse of today’s ruling class in Poland, a discourse that is based on fiction and reality and that has spread astonishingly from the ancient history of Poland until today.