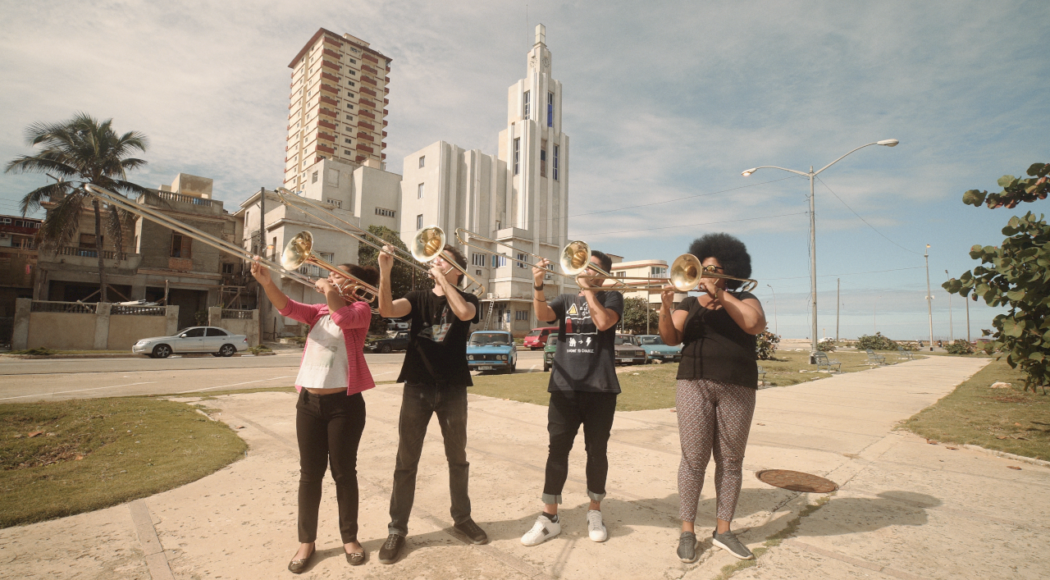 Tom Mustroph: You did a play about the Cuban revolution and the perspective of several generations. Was it difficult for you to find Cuban actors for “Granma”?

Stefan Kaegi: I’ve been to Cuba from time to time since 2008 and have mostly worked with people from the Laboratorio Escénico de Experimentación Social (LEES). These are very young theatre makers* who were frustrated that most theatres were in the hands of older men. With a core group, we spent a year looking for people who could tell the revolution from the perspective of different generations. Originally I wanted to do the play with old people, but I didn’t want a “Buena Vista Social Club”. Anyway, the elderly have been in charge for too long. But the beginnings of their revolution fascinated me. That’s why we did a double casting for protagonists* with their own stories and interesting grandparents. But now the young generation of Cuba is on stage.

What stories are told?

Daniel’s grandfather once provided the “Granma”, the ship with which Fidel Castro came to Cuba, and was later the first minister of redistribution under Castro. Christian’s grandfather was on duty in Angola with the famous General Ochoa – who was later executed for drug smuggling – and his Cuban troops. Diana’s grandfather also performed as a musician in front of Ochoa’s troops in Africa and Syria. Milagro tells about her grandmother and about how a simple woman could get a better life in socialist Cuba and how she also profited from it by studying as a black woman and as a woman. We tell with excerpts from the party organ “Granma”, but also from very personal perspectives, how Cuba looked at events in the world.

How was the view of the world from Cuba?

In 1968, for example, the student protests in Paris and the Prague Spring in Cuba were understood quite differently than they were here. There was the big sugar harvest to come. There was hardly anything in the newspaper about the fall of the Berlin Wall in Cuba in 1989. The simultaneous end of the colonial war in Angola and the trial of Ochoa were important for Cuban society at that time. That’s what we tell with Christian’s grandfather. And he shows that when Cuba was active in Angola, the West on the other side of the border still supported apartheid. Reproduction of the interview with kind permission of ZITTY – Stadtmagazin für Berlin