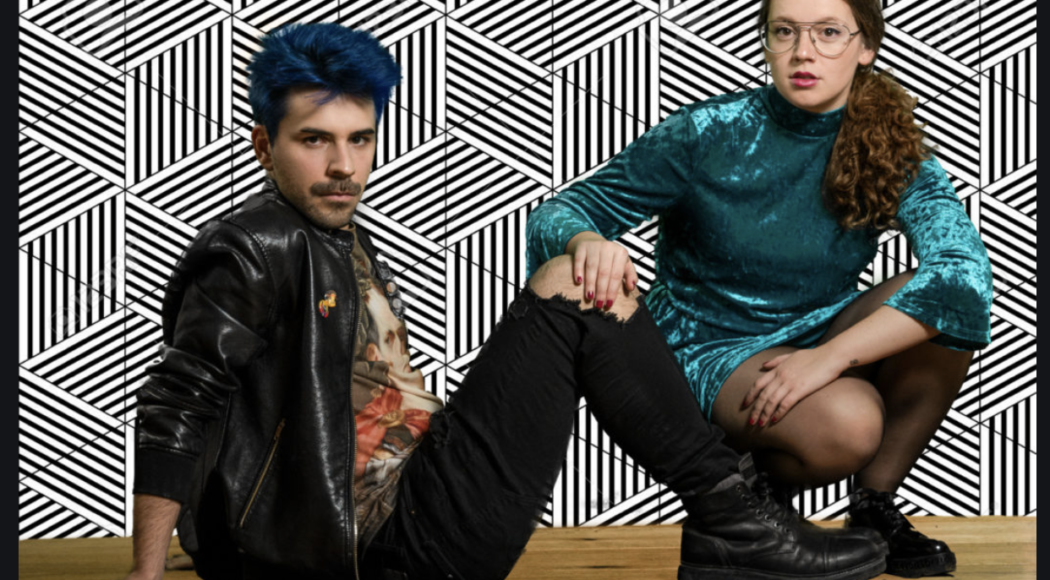 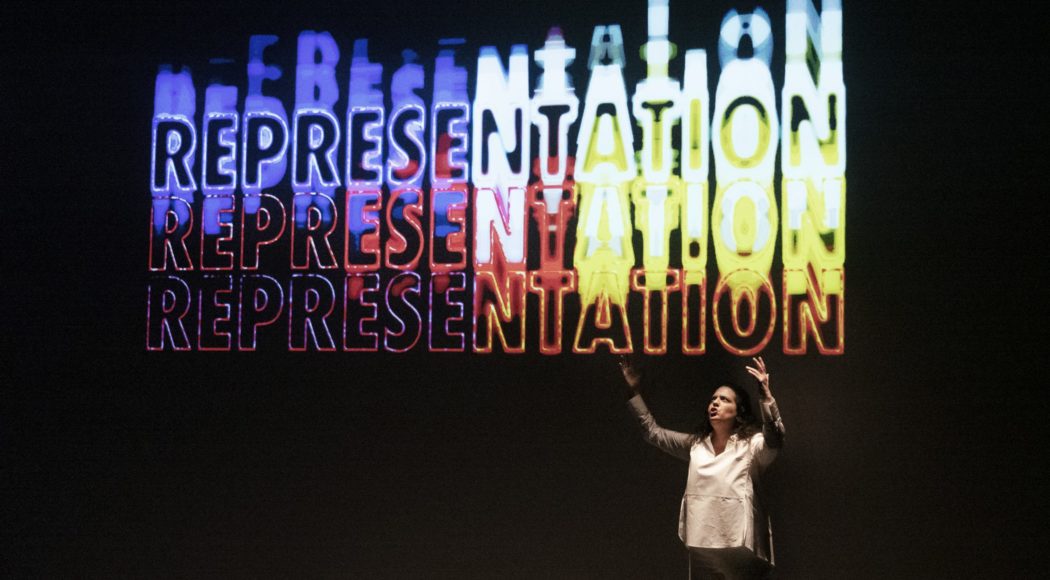 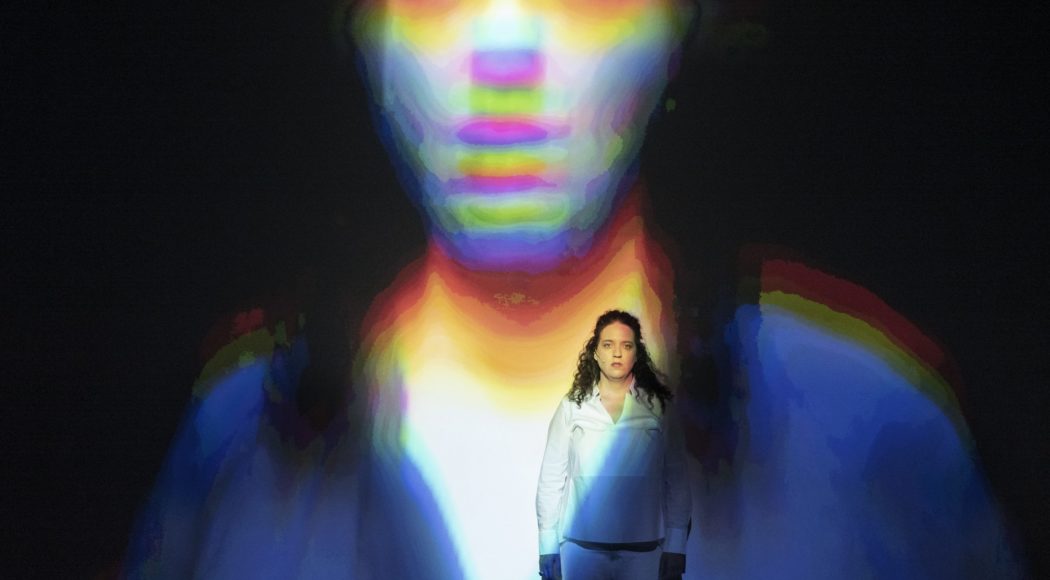 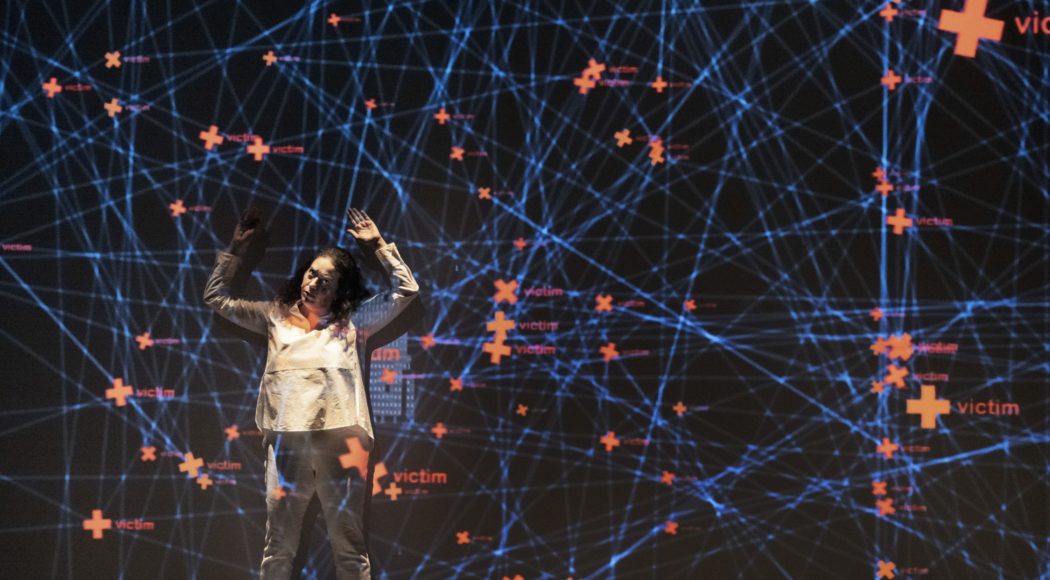 Moments in personal as well as social history are characterized by their fragmentary form. The technical reproduction of impressions of special moments is often so exact that the original cannot be distinguished from the replica. How can this be made artistically tangible? Where and how does Europe take shape in the process? In the performance, which celebrated its premiere at the ZKM | Karlsruhe in 2020, replicas of these fragments are created in a video stream.

Óscar Escudero (1992) is a multimedia composer and performer currently working with sound, video and virtual performative spaces. His focus points on the gaps between the former-analogical concepts of “body”, “time” or “stage” and their current state as total virtual representations. His works have been commissioned and played by, among others, ensemble mosaik (DE), Sarah Maria Sun (DE), Neue Vocalsolisten Stuttgart (DE), CrossingLines (ES), Lluïsa Espigolé (ES) or PHACE (AT). They and other artist brought them to numerous international festivals and stages, some examples are Heidelberger Frühling (Heidelberg), Kontakte Biennale (AdK Berlin), Donaueschinger Musiktage “Next Generation” (Donaueschingen) ZKM | Karlsruhe, Schloss Solitude (Stuttgart), Fundación Juan March and Museo Reina Sofía (Madrid), E-Werk (Freiburg) or Repnet Hot House Festival (Malmö). Besides, his work has been recognized with several international prizes such as the Giga-Hertz Spezialpreis 2018 (ZKM, EXPERIMENTALSTUDIO), Busoni Förderpreis 2017 (Akademie der Künste, Berlin), Premio Jóvenes Compositores SGAE-CNDM 2015 (Spanish Ministry of Culture) or the First Prize of the Thailand International Composition Festival 2013 (Bangkok). His educational background comprises Musical Composition at Conservatorio Superior de Música de Aragón (Jesús Rueda, Agustí Charles), Oboe (Francisco Gil), Master at the Royal Academy of Music Aarhus (Simon Steen-Andersen, Niels Rønsholdt, Joanna Bailie) and Anton Bruckner Privatuniversität (Carola Bauckholt). Also, he considers mandatory to mention the deep influence of personal advices given by Stefan Prins, Michael Beil, Rebecca Saunders or Chaya Czernowin among others. He has received several fellowships from, among others, the Ernst von Siemens Musikstiftung (Progetto Positano) or the Fondation Idella and annual residencies at the Residencia de Estudiantes and Fundación Antonio Gala. Also, he has been faculty member of the Master in Musical Research at the International University of La Rioja (2014-16). Besides, he works in team with the musical dramatist Belenish Moreno-Gil in the creation of music theatre works, as well as being faculty member of KUNSTWELTEN, the pedagogic program of the Akademie der Künste in Berlin.

Belenish Moreno-Gil (1993) is a multidisplinary artist, performer and musicologist. Since the early years of her life, she was aimed at music and performing arts, starting her piano and singing studies in Jerez de la Frontera, her hometown. She graduated in Musicology from the University of Granada and afterwards complemented her studies with a Master in Musical Education and a Master in Musical Heritage. Her research has focused mainly on traditional music, with special emphasis on gender and post-humanist studies. Besides her musicologist background, Moreno-Gil studied the Bachelor in singing at the Conservatorio Superior Victoria Eugenia (Granada) and the Universität für Musik und Darstellende Kunst Wien, also taking dance and performing lessons. Within the last years, her multifaceted interests lead her to being involved in projects as performer and musical dramaturgist. Currently, she works in tandem with composer Óscar Escudero in the creation of music theatre pieces. Her creations have been already performed in festivals such as Kontakte Festival (Berlin) or Rotterdam Opera Dagen, and several venues across Austria, Spain , Belgium and France. Besides, she is faculty member of the pedagogic program KUNSTWELTEN of the Akademie der Künste Berlin.

Sebastian Schottke, a native of Mecklenburg, completed his Tonmeister studies at the University of Music and Performing Arts in Vienna with Jürg Jecklin, among others. He then received a scholarship for sound direction at the International Ensemble Modern Academy (IEMA) in Frankfurt am Main. Since 2008, Sebastian Schottke has been working as a freelance sound engineer at the ZKM | Center for Art and Media Karlsruhe. He supervises and produces concerts and recordings there in close collaboration with the composers and musicians, focusing on contemporary electroacoustic music and multi-channel spatial sound. In this field, Sebastian Schottke is, in addition to the ZKM, an internationally sought-after sound director, sound designer and performer for solo and chamber music works up to large-scale music theatre productions. In collaboration with Ensemble Resonanz, Ensemble Modern, Ensemble Musikfabrik, Klangforum Wien, Hong Kong New Music Ensemble, Klangforum Heidelberg, SWR Vokalensemble, Neue Vocalsolisten, Balthasar Neumann Choir & Ensemble, Lemi Ponifasio / MAU, Sir Simon Rattle, Ingo Metzmacher, Thomas Hengelbrock and many others, Sebastian Schottke has made guest appearances at numerous festivals such as the Munich Biennale, the Ruhtriennale, the Festival d’Avignon, the Auckland Arts Festival, the Edinburgh International Festival, Santiago a Mil, ICOM Kyoto, Beethovenfest Bonn, Ultima Oslo Contemporary Music Festival, Wien Modern, ECLAT, Achtbrücken and Ultraschall. Sebastian Schottke is a member of the artist collective stock11, the trio soundspaces and the trio pašog (Palmtag / Schottke / Ogiermann). Works recorded by him have been released on WERGO, Tzadik, Kairos and Naxos, among others. He is a lecturer at the Karlsruhe University of Music in the subject “Interpretation and Performance Practice of Electronic Music and Computer Music” and has also held seminars and workshops in Hong Kong and Athens.

A versatile artist at home in many musical styles and with an extensive vocal range, Noa Frenkel is a genuine contralto, whose repertoire reaches from the Renaissance to contemporary music. Most recent opera appearances include Gubaidulina’s “Stunde der Seele” with Windkraft Tirol at the Konzerthaus Wien, the world premiere of Thierry Pécou’s “Nahasdzáán” with Ensemble Variences at the Opéra de Rouen, Chaya Czernowin’s “Infinite Now” at Vlaamse Opera and Nationaltheater Mannheim and Hans Zender’s “Don Quijote de la Mancha” with Klangforum Heidelberg at the Frankfurt LAB. She is a co-founder of the Kassiopeia quintet, an A-cappella group, which has recorded the complete madrigal books of Carlo Gesualdo. As a sought-after interpreter of contemporary music, many composers have written works for her. She regularly performs at the main festivals in Europe with renowned ensembles such as Ensemble Modern, The Schönberg Ensemble, Klangforum Wien, L’Ensemble Intercontemporain, MusikFabrik, Ensemble Variences, The Israeli Contemporary Players, as well as the Experimental Studio Freiburg (SWR). Until recently she was the soloist of the Dutch Maarten Altena Ensemble, a group dedicated to both improvised and written contemporary music, with whom she appeared in Europe, Japan, as well as North America and has recorded several CDs. Constantly pursuing new ways to perform, Noa Frenkel has created the solo programme “Solitude in the Age of Mass Media”, combining new works with pieces by Mahler and Purcell in a multimedia performance, which she has presented in the Netherlands, Tel Aviv and Madrid.