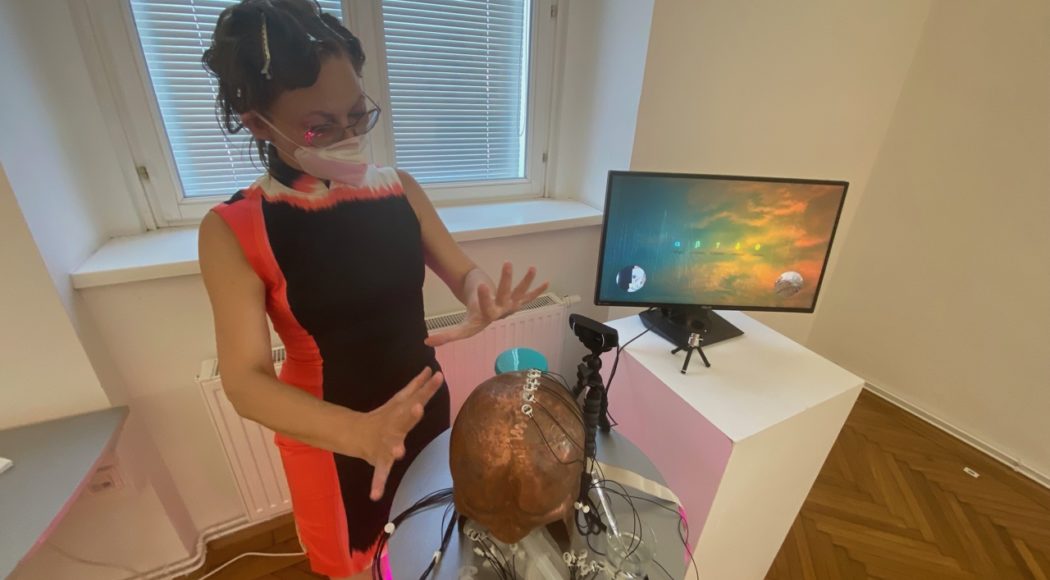 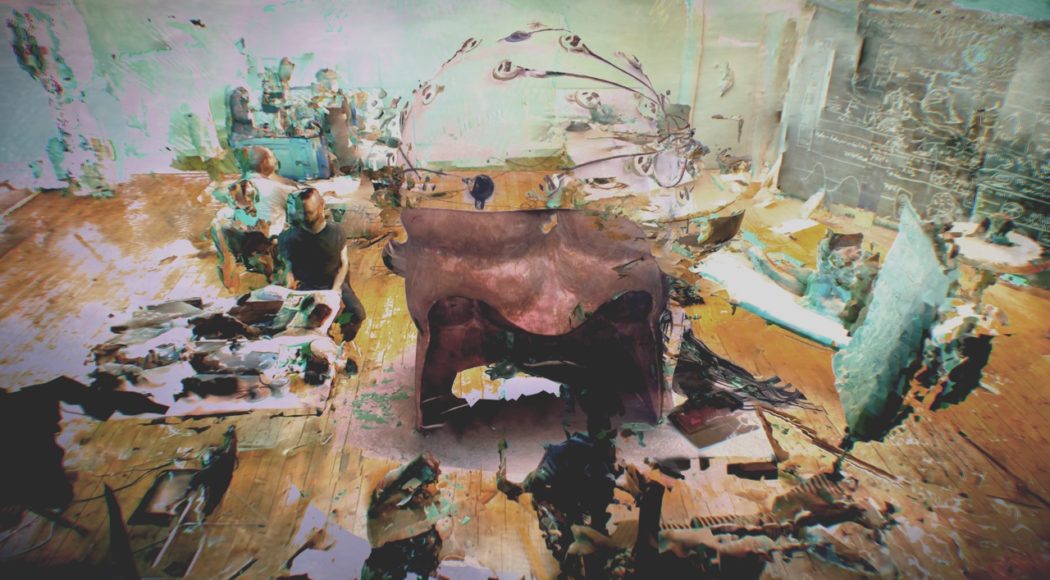 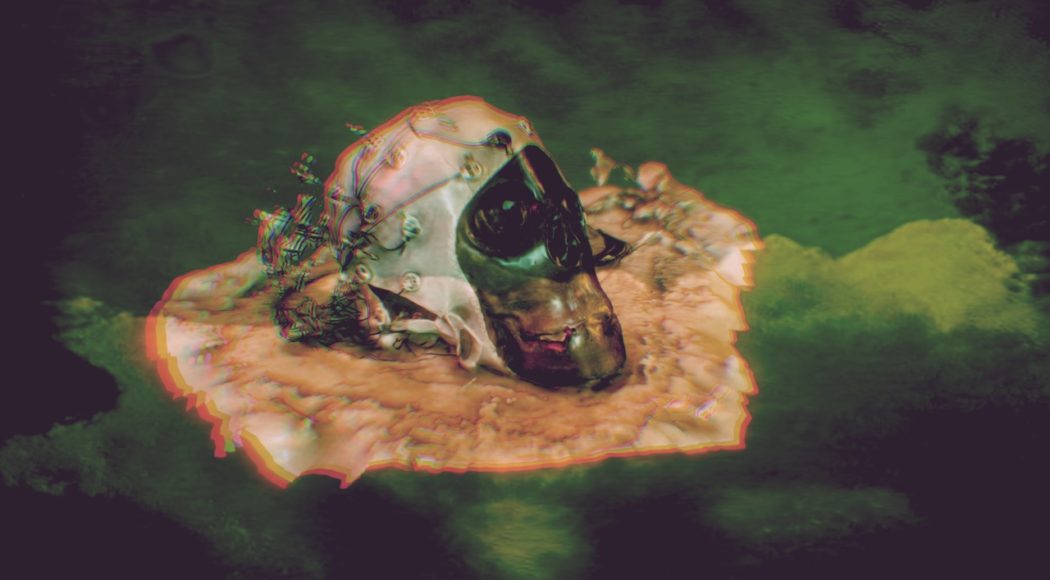 In this game concert we open the stage with a thought experiment.

From an artistic toy, an energy operator and a neurointerface, we have developed a playable prototype of a neuro-sound game: In the manner of a neuromatic game art game, EEG electrodes and signal analysis become the pieces of a live instrument that all visitors can play: Contactless but physically similar to a theremin, the beautiful electromagnetic harp, in the Spike Cloud Game the physical movement, the dance, the swinging in the flow, the collective electromagnetic field becomes the playing field of change. Until ever denser [brain] waves create fog, clouds, lightning and thunder. Incantatory hand movements above the centrally placed Cassandra helmet enable various moves. Come distract clouds and stop playing Climate Change!

+ What are Experimental Game Cultures?