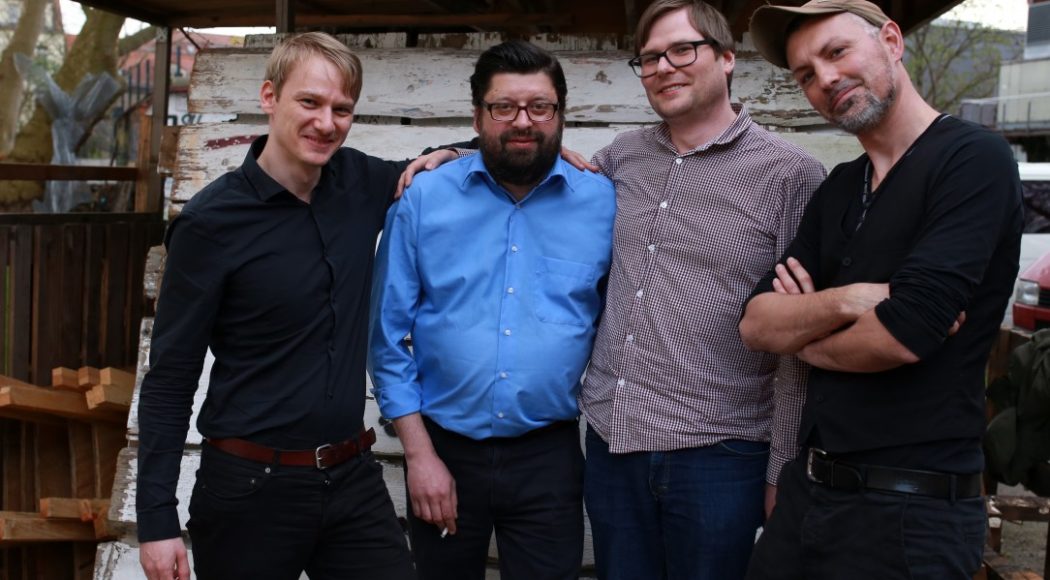 The Dresden reading stage Sax Royal will return from its forced break to the barn on 11 June – naturally in compliance with all rules of distance and hygiene. The four regular authors Michael Bittner, Roman Israel, Max Rademann and Stefan Seyfarth will refresh their fans who have been thirsty for months with new stories, poems and songs. Of course, they will also tell how they fared during the strange time of epidemic in quarantine and satirically deal with the madness that has once again blossomed in Saxony and elsewhere. As always, the Royalists have also invited a prominent guest: This time it is reading stage star Nils Heinrich from Berlin.

Nis Heinrich
The Berliner founded the world-famous Weddinger Brauseboys almost 18 years ago. Then he quit, became a cabaret artist, collected prizes, published four books and various CDs, performed and appeared on television and is now YouTuber. Like all of them. Besides, he is back with the Brauseboys. And is a guest at Sax Royal for the first time. Because he has corona rolls and takes on performances in Saxony himself. Solo he will play in Zwickau, Open Air on June 26th, so that the wind blows the aerosol right over to the stupid Wessis.