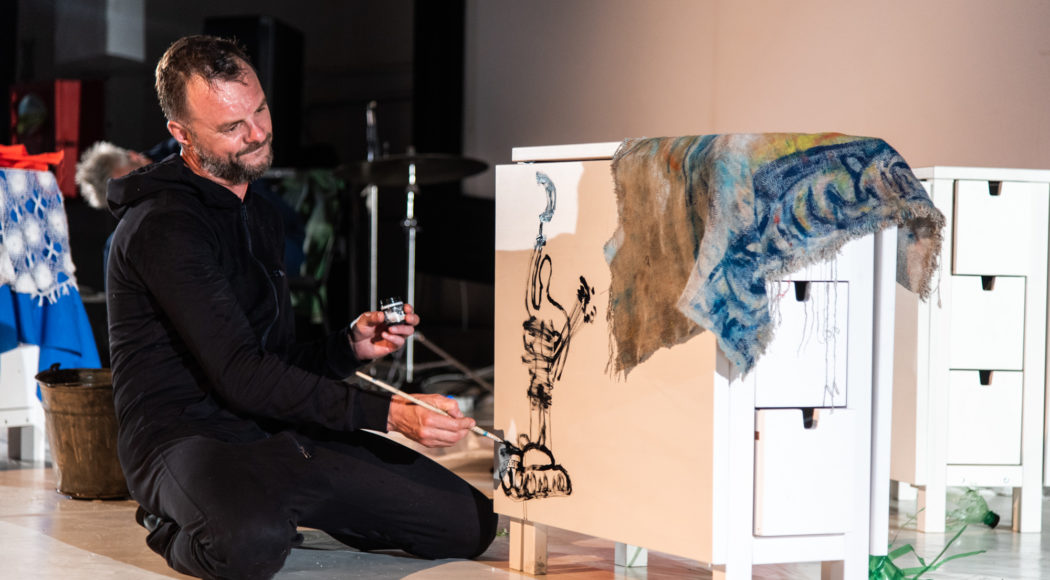 In a furious monologue, accompanied only by a drum set and standing in front of a video screen, actor Ales Molchanov traces the life of the naive painter and legend Alena Kish. “We have thought about that time, which was unsparing, not only for Alena Kish, but for millions of our compatriots, contemporaries of the artist, who suffered the horrors of collectivization, forced resettlement and reprisals. That time when being different was not tolerated, just as it is today, and when creative work was not given freedom”. (Aleksandr Marchenko)

Aleksandr Marchenko is a director and actor. He graduated from the Belarusian State University of Culture and specialized in directing. Since 2009 he has been the director of the Center for Belarusian Drama. Since 2018, he has been working at the Center for Visual and Performing Arts ART Corporation as the curator of the “TOKtheatre” project. Marchenko is one of the representatives of the renewal of scenic arts in Belarus.