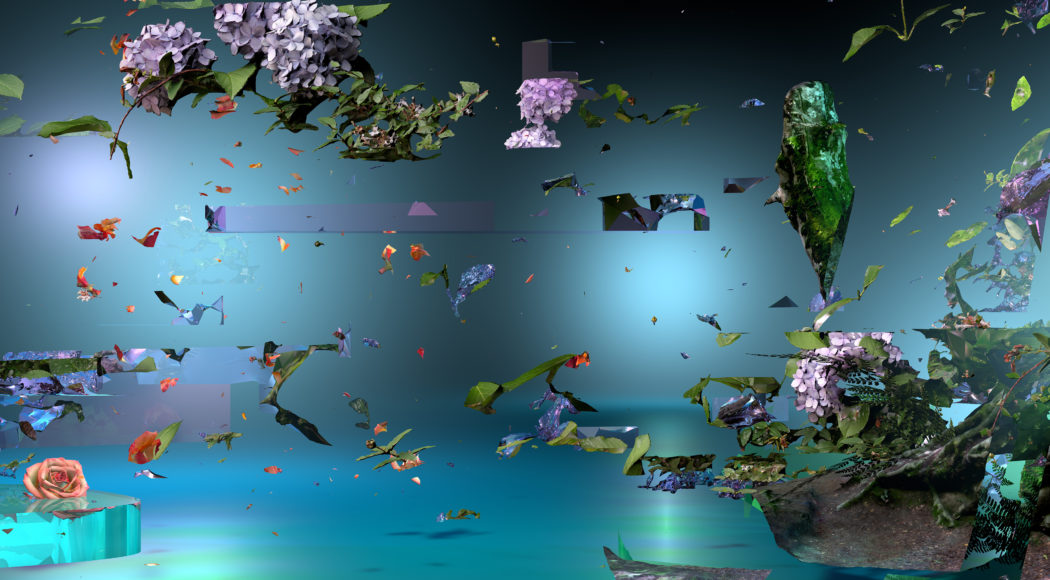 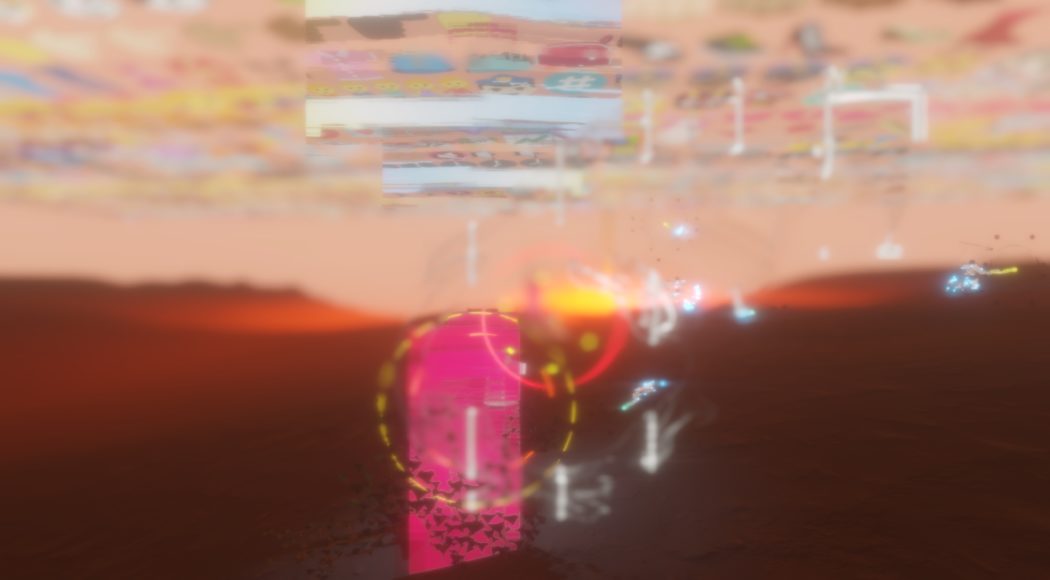 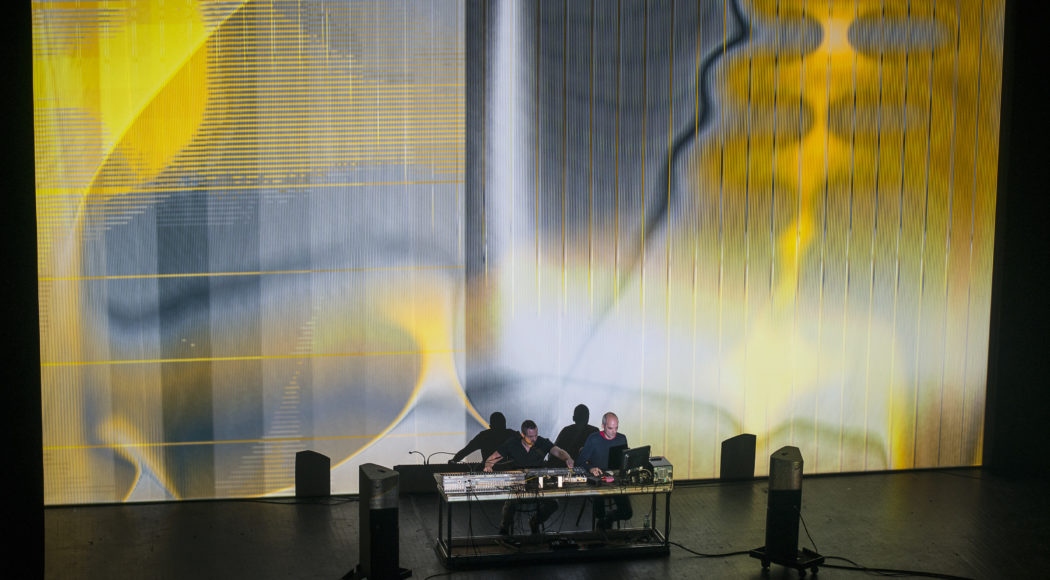 In addition to the events on virtual stages, we are pleased to present 3 artistic positions in our virtual gallery: “Reclusion” is an experience of self, mediated by Matt Thibideau with his synthesizers and Markus Heckmann with TouchDesinger on the visuals – based on being alone with yourself in vast terrains. Light Center Folds” by Lucas Paris stems from the effort of imagining the rules of a virtual environment from scratch with a conscious effort to move the use of game engines beyond adversity, conflict, attack, evaluation, scoring and reward. “Floralia”, new work by Sabrina Ratté, plunges us into a speculative future, where samples of then extinct plant species are preserved and displayed in a virtual archive room.

Sabrina Ratté is a Canadian artist living in Paris. Her practice includes video, animation, installations, sculptures, audio-visual performances and prints. Mixing analog technologies, photography and 3D animation, she investigates the influence of digital and physical spaces and the interplay between these surroundings and subjectivity. She was longlisted for the Sobey Art Award (CAN) in 2019 and 2020 and she is represented by Charlot Gallery in Paris and Ellephant Gallery in Montreal.  Her work has been presented internationally by various institutions including Laforet Museum (Tokyo), Centre Pompidou (Paris), Musée National des Beaux-arts du Québec (Quebec City), Thoma Foundation (Santa Fe), PHI Center (Montreal), Whitney Museum of Art (New York), Chronus Art Center, (Shanghai), Museum of the Moving Image (New York).

Lucas Paris sees synthesis, in its many forms visual, sound and material, as his medium, and cultivates his relationship to it through design, interaction and improvisation. He has been working with realtime sound and visuals and has been building digital instruments and software for the past ten years.
His research, applied to audiovisual performances, video and sculptural installations, focuses on engaging the audience with content and scenography that are multi-sensory, immersive and emotional. Finding new forms of digital expression is at the core of his artistic approach.
His projects have been touring internationally since 2017. He performed at several MUTEKs, LEV 2019, Mapping Festival, Biennale Nemo, B39 and more. He has been in residence at Eastern Bloc, Perte de Signal, Concordia University’s Milieux Institute, VYV corporation, Recto-Verso Québec, Gnration, Barbican, and Laboral Centro de Arte (ES). He studied digital music and digital instrument making at Université de Montréal.

Markus Heckmann was born 1977 in Leipzig, GDR. He attended the University Ilmenau and Bauhaus University Weimar studying Media-technology. He left university in January 2006 to work as a Technical Director with Derivative, the makers of TouchDesigner, in Toronto, Canada.

Heckmann’s inspiration to work with light based media stems from the abundance of imagery in the club scene of the late 90s and early 2000s. Being exposed to the possibilities of generative and manipulative languages like director lingo, Heckmann started on the path of generative image creation and manipulation which to the day can be found in his professional and artistic works.