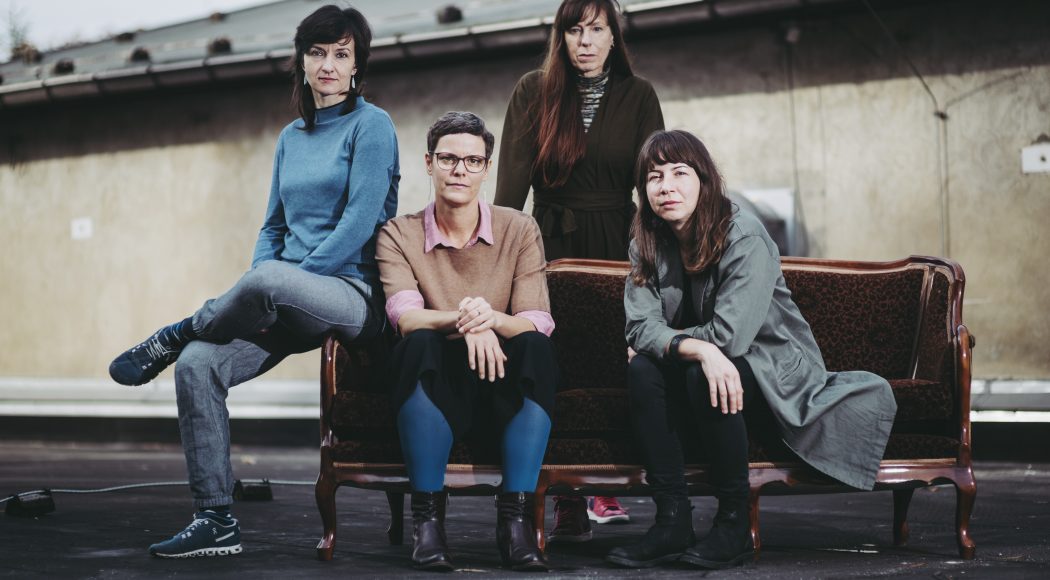 When language is no longer sufficient to put things experienced into words, when art itself reaches its limits – what then? After her trip to war-torn Afghanistan in 2005, playwright Dea Loher described this state of affairs: “It is, I cannot describe it any other way, a senselessness that also penetrates the words, leaving them meaningless. The theatre collective missingdots shows a scenic installation about the loss of the self-evident.

missingdots is an artist network in Dresden, founded in 2019 as a continuation of Theater La Lune. It is composed of professional artists from various fields who work together as a production collective on one or more occasions.

The collectives find their themes in and beyond Dresden, on the streets, in schools, allotment garden settlements and asylum centres, on Pegida and No-Pegida demos. In its artistic implementation, stages are rearranged, public spaces are occupied, buildings are played on and interactive audience arrangements are tested. Researched material from social contexts, interviews, literary texts, film and image material form the basis of the interdisciplinary and cross-genre performative works.