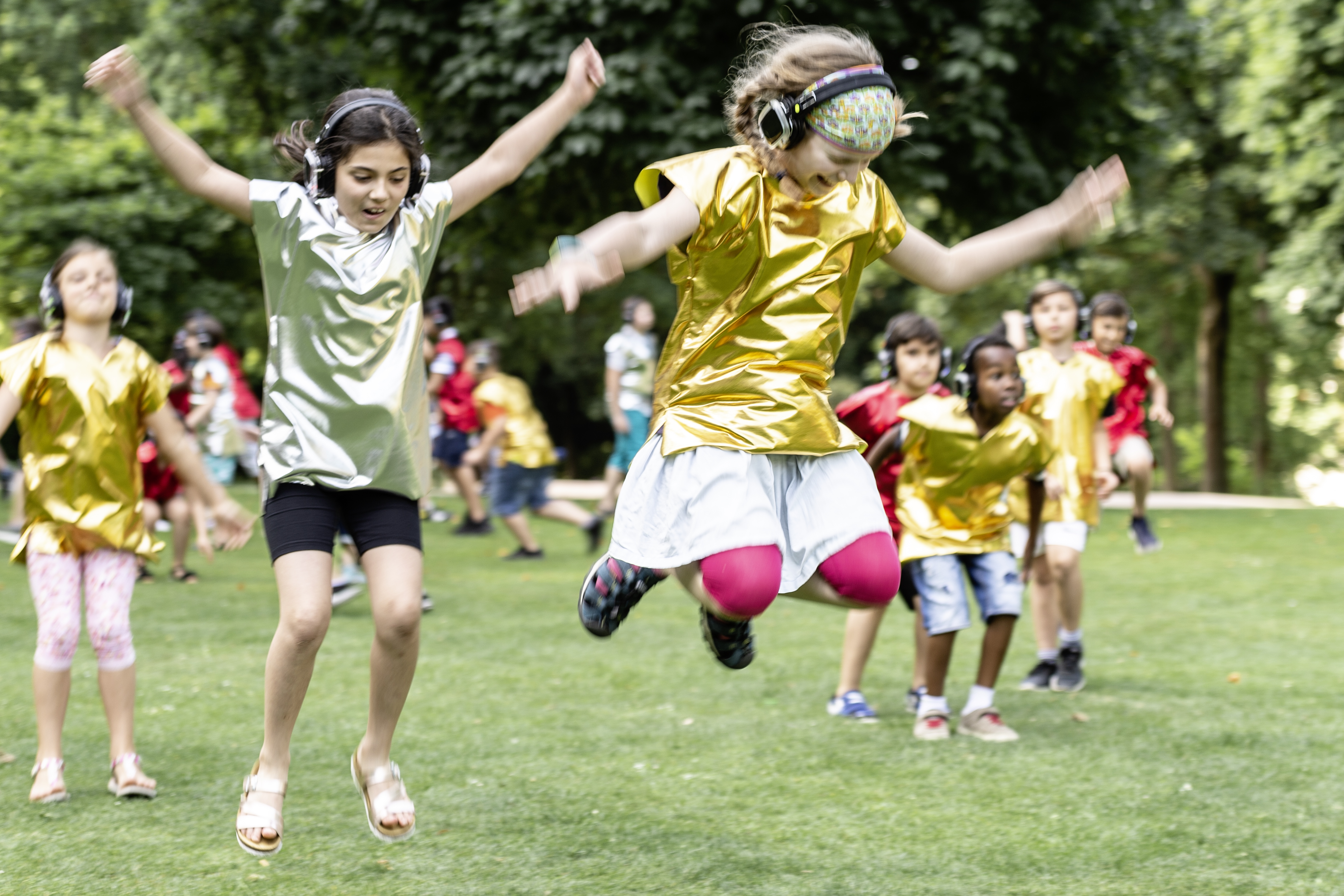 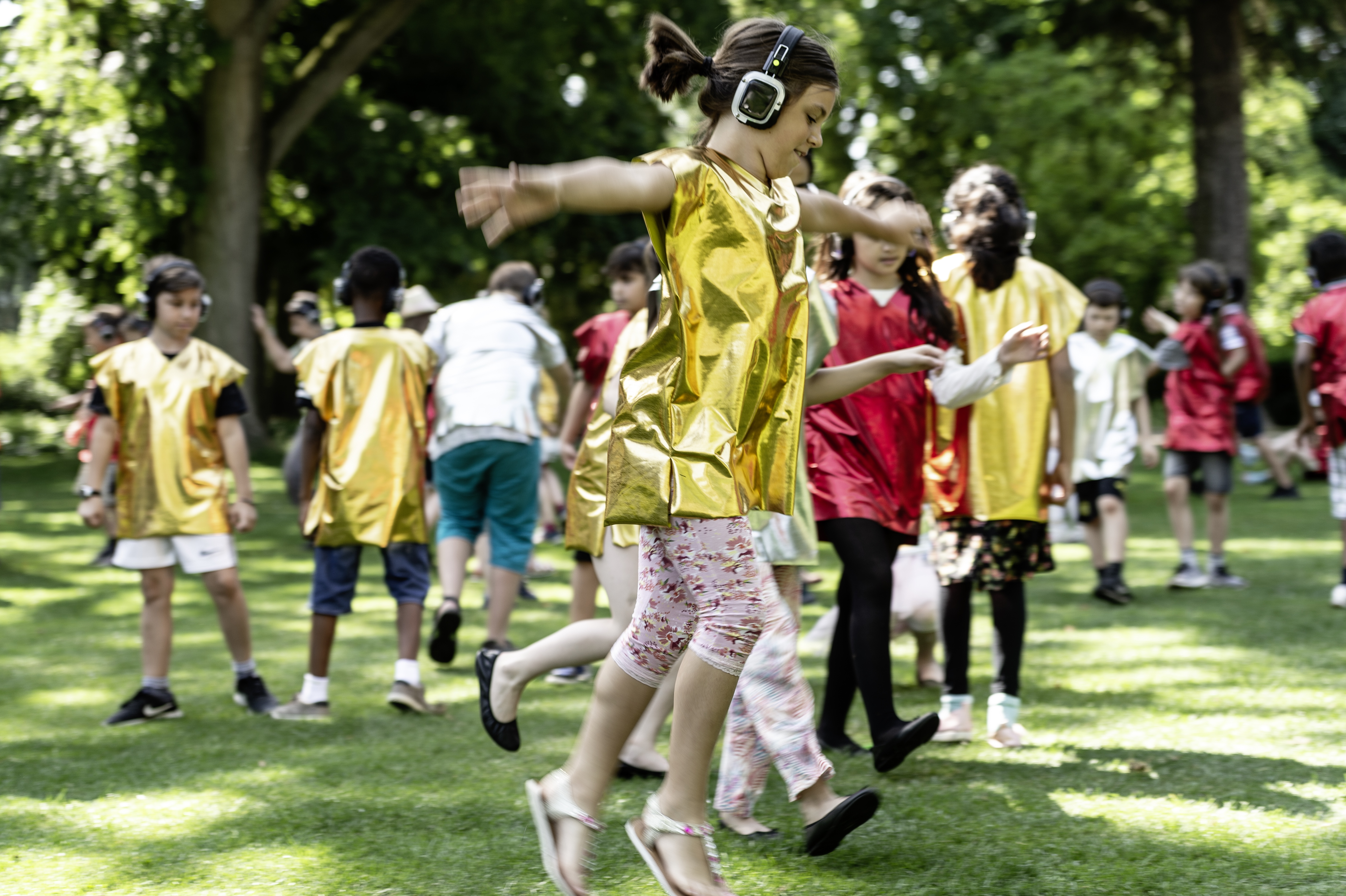 Play the air piano in the middle of the street and be part of a dancing gang? The performance collective LIGNA invites children between the ages of eight and twelve to take part in an extraordinary piece – equipped with headphones, over which a radio play runs, in which stories and movement instructions alternate. Thus, dancing, they conquer a central square in Dresden and try out how to move together in a randomly assembled group without a leader.

The choreographer Jenny Gertz (1891-1966), an almost forgotten pioneer of modern dance and visionary in her work with children, is the creative force behind the piece. She worked as a dance teacher with Rudolf von Laban.

The performance collective LIGNA exists since 1997 and consists of the media and performance artists Ole Frahm, Michael Hüners and Torsten Michaelsen. Among other things, they work at Freie Sender Kombinat (FSK), a non-commercial Hamburg radio station.