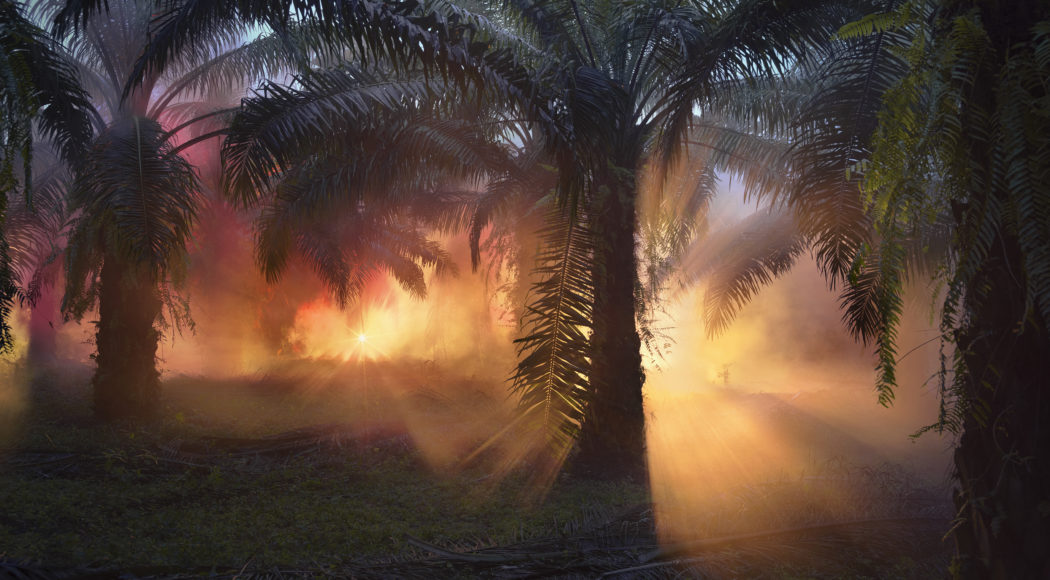 “An Invitation to Disappear” is the literal translation of “Tambora”, a volcano on the Indonesian island of Sumbawa. Tambora erupted in 1815, causing the largest recorded eruption in human history to date. Thousands of people fell victim to the eruption, a cloud of ash spread around the globe and caused the temperature to drop in Europe and North America as well. The year 1816 went down in history as the “year without a summer”. The volcanic winter, which was to last until 1819, caused crop collapses, floods and famine. Due to countless aerosols in the atmosphere, however, the colour spectra of the sunsets also changed: the works of William Turner or Caspar David Friedrich, which were created during these years, can be read like chronicles of this altered solar radiation.

The installation “An Invitation to Disappear” by Swiss artist Julian Charrière with music by Inland aka Ed Davenport follows a choreography: coloured flashes light up the dark night in a densely cultivated palm grove, hard, electronic rhythms in an endless loop cut through the endless calm of a field of trees. A palm oil plantation shakes with light and sound, the scenery oscillates between promising and threatening. The visitors move in the middle of a rave, they follow the rhythms and sounds of the electronic music, plunging deeper and deeper into a scenery veiled by clouds of mist, filmed on a palm oil plantation in the Far East. A scenery that juxtaposes a state of intoxication caused by music with the excessive overexploitation of nature. The omnipresence of the substance palm oil finds its analogy in the absence of our interest in its extraction; the physical absence of man turns into an omnipresence of his actions. Although palm oil is used almost everywhere today, far less is known about how and where it is extracted and the consequences associated with its extraction. Monoculture cultivation, soil poisoning due to pesticides and the clearing of rainforests to increase cultivation areas go hand in hand with the growth of palm oil plantations. Amidst the rigid grids in which the palm trees are planted, the installation An Invitation to Disappear condenses image and sound into metaphors for the human belief in progress, for short-lived (profit) interests and their massive consequences, while at the same time evoking collective trance states and experiences of the supratemporal.

“An Invitation To Disappear” was first shown at Kunsthalle Mainz and Berlinische Galerie, and also as part of Berlin Art Week in a live edition with Inland aka Ed Davenport at Berghain. In April 2021, the installation was part of a documentation of the pandemic-related closure of HELLERAU – European Center for the Arts as part of the 30th Dresdner Tage der zeitgenössischen Musik, thus contrasting in a special way the absence of man with the dramatic consequences of human action. From March 10-12, 2022, the project will be presented again in cooperation with ZIMMT (Leipzig) in the Great Hall of the Festspielhaus at HELLERAU as part of the HYBRID Biennale Pre-Shows. 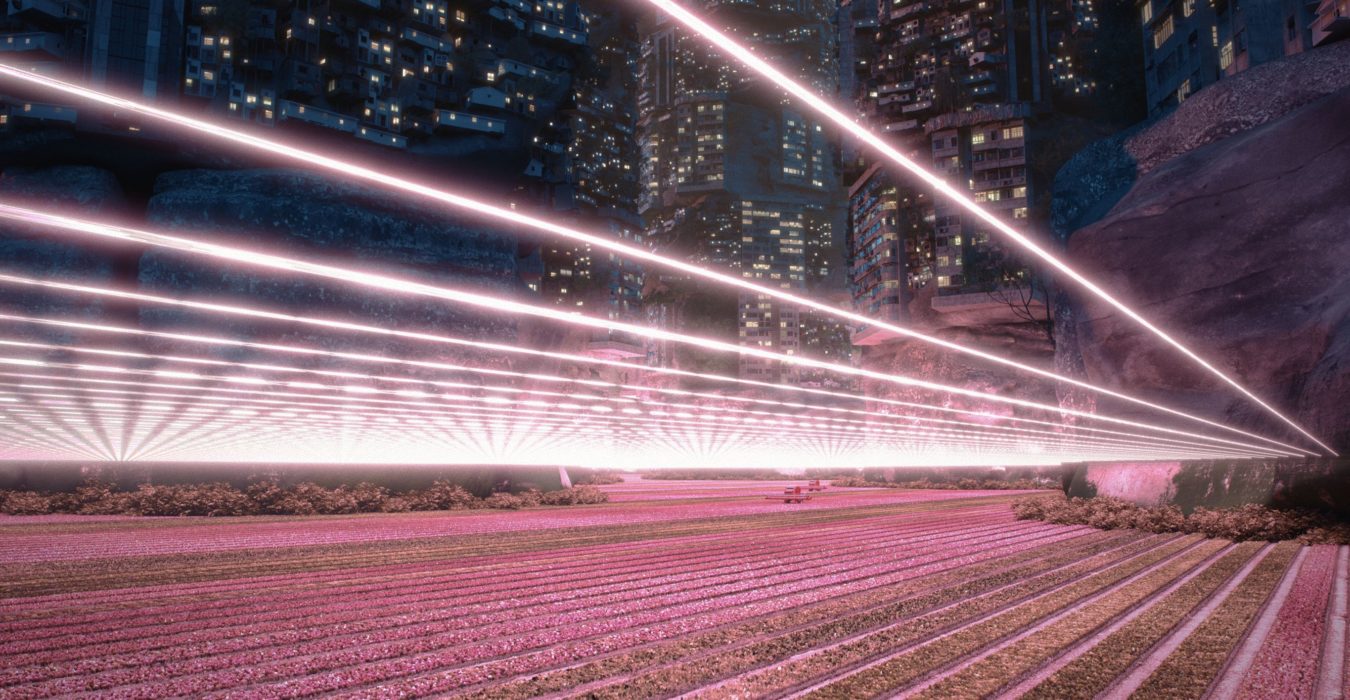