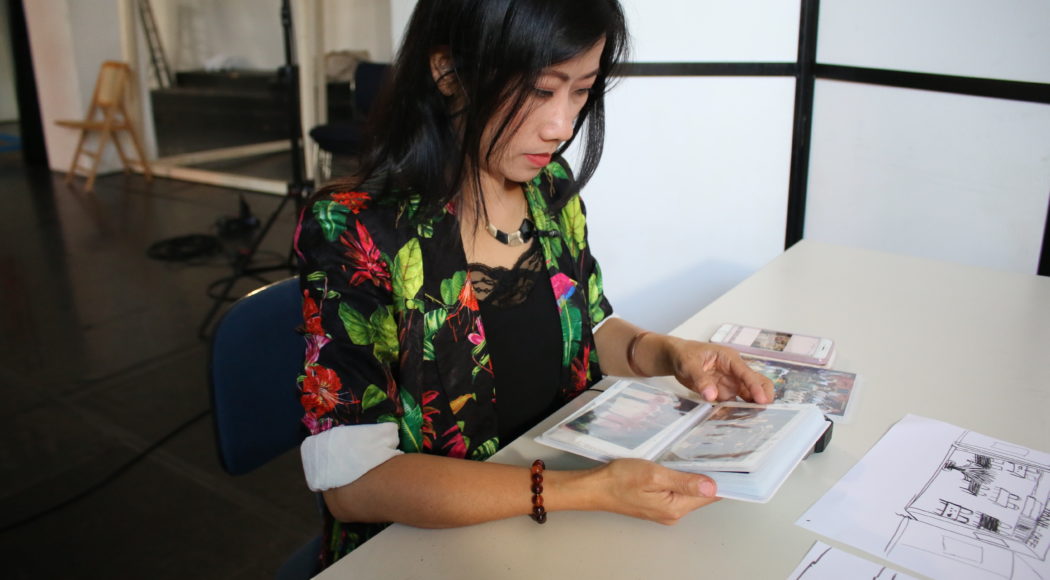 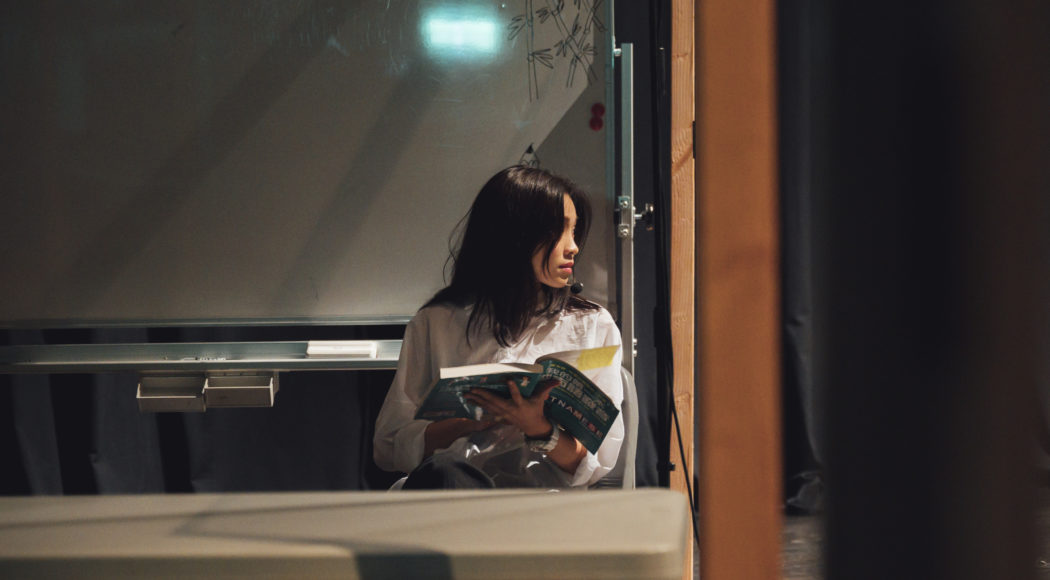 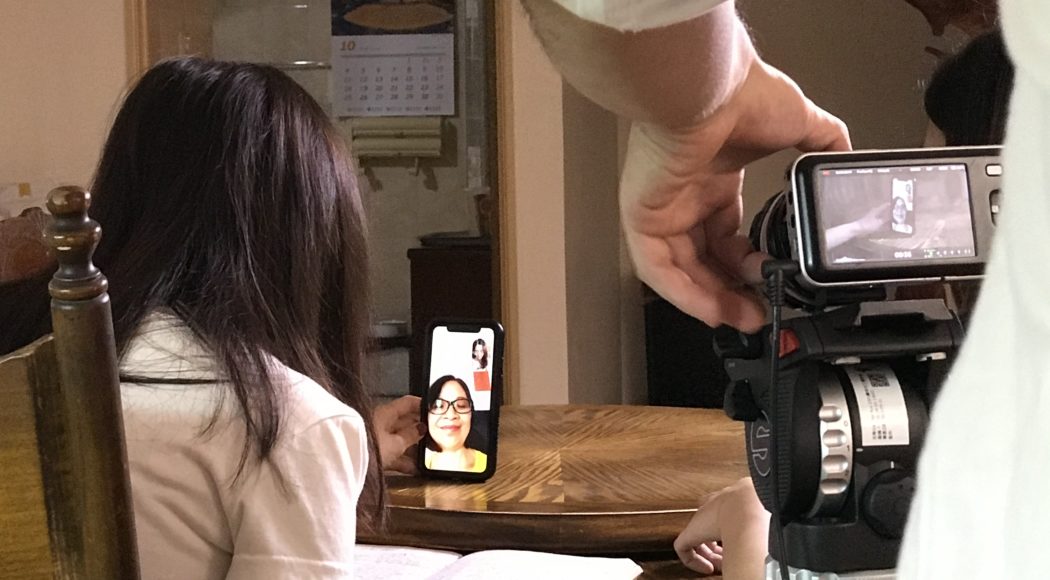 German, English and Vietnamese subtitles are available. You can activate the subtitles by clicking on the corresponding icon in the menu bar. You can select your preferred language in the “Settings” icon.

From April 11, we will continue online with TONLAGEN – 30th Dresden Contemporary Music Days.

In addition, our online archive contains a variety of recordings, interviews and short films, including the concerts of the Feature Ring series, the web series Composer Genau! with John Moran and Josh Spear or the music videos of Bandstand 2021.

German, English and Vietnamese subtitles are available. You can activate the subtitles by clicking on the corresponding icon in the menu bar. You can select your preferred language in the “Settings” icon.

To participate, you must download the Zoom software, agree to its privacy policy and thus to the transfer of your data to the USA. We use Zoom because, to our knowledge, it is currently the platform with the lowest barriers to entry for a diverse group.

Due to the Corona pandemic, the premiere at HELLERAU will be shown in a special digital version. The video shows one of six original tours through the stage architecture, in which all performers have their say. There will be an opportunity for a direct dialogue in the audience discussion afterwards.

The Taiwanese choreographer Fang Yun Lo, who lives in Dresden, and her team met over 100 people of Vietnamese descent in Dresden, Germany and Taiwan during two years of journalistic research. In spontaneous encounters at work, in shops, snack bars and shops, they talked about experiences as immigrants or in a family between cultures.

“Home away from home” weaves a touching, polyphonic journey out of all these memories. Divided into small groups, the audience meets six performers at different stations in the theatre who tell their own stories and those of their families – as artists, workers, Youtubers or students. A complex mosaic of human relationships emerges from stories, images, films and audio pieces.

“Home away from home” tells of the global dimension of labour migration and intercultural reality, reports on disruption and structural violence, but at the same time also explores overarching human categories of home, identity and happiness.

Due to the Corona pandemic, the premiere at HELLERAU will be shown in a special digital version. The video shows one of six original tours of the stage architecture, in which all the performers have their say. There will be an opportunity for direct dialogue afterwards in the audience discussion.

Read more in our HELLERAU-Online-Magazine

“In the course of the preparation, I learned a lot about the history and inevitability of migration, about flight, beginnings and the return of different people. The stage installation I designed for the play follows up on these questions: how can the senses and thinking be opened up in the theatre, what spatial arrangements and objects enable us to better understand others and ourselves?” Cheng Ting Chen

Under the label Polymer DMT, the Taiwanese choreographer Fang Yun Lo has been working with artists from various disciplines since 2011 on projects ranging from dance pieces and video works to interactive media installations. One focus is on intercultural projects, documentary theatre and contemporary dance, also for young audiences.

born 1982 in Taiwan, studied dance in Taipei and dance and choreography (MA) at the Folkwang University in Essen. Since 2008 Fang Yun Lo has been working on her own dance/performance projects, since 2011 under the name Polymer DMT. As a performer she works with Stefan Kaegi / Rimini Protokoll (several projects), Lemi Ponifasio, Tino Sehgal, fieldworks, Robert Wilson, Ben J. Riepe and Cindy Hammer / go plastic company, among others.

Fang Yun Lo is Panorama Artist of the European network [DNA] Departures and Arrivals, as well as member of the local scene associations Tanznetz Dresden and IG Tanz Essen.

born 1981, studied ballet and traditional dance in Ho-Chi-Minh City/VN and stage dance at the Folkwang University of the Arts in Essen. She worked as a dancer at the Ho Chi Minh City Ballet until 2004 and since 2005 as a freelance dancer in dance and performance projects in Vietnam, Germany, Japan and worldwide. Since 2007 she has been developing her own interdisciplinary dance projects. She also works as a choreographer with the Vietnamese circus and physical theatre company Lune Productions, which tours worldwide.

studied stage design at the Taipei National University of the Arts in Taiwan and at the TU Berlin. She worked as the technical director of the Guling Street Avantgarde Theatre in Taipei, among others, and worked with groups such as Body Phase Studio, against again Troupe, Gang-a-tsui Theatre. Cheng-Ting Chen has been living in Berlin since 2010, and works as a stage designer together with the Mexican choreographer Karina Suárez Bosche, among others. Her stage designs have been seen at the Uferstudios, Sophiensäle, Bauhaus Dessau, Ballhaus Ost, among others.

born 1979, cameraman (Universidad del Cine/Argentina) and cultural anthropologist (Universidad de los Universidad de los Andes/Colombia), Master in Documentary Film (Microbert/Spain). As a cinematographer, he has worked on several feature films and short films, and collaborated on the creation of video installations and other artworks. 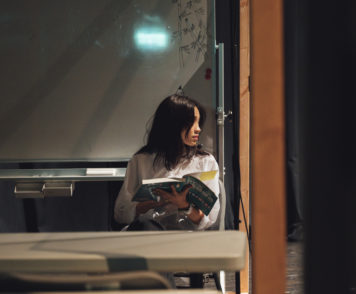