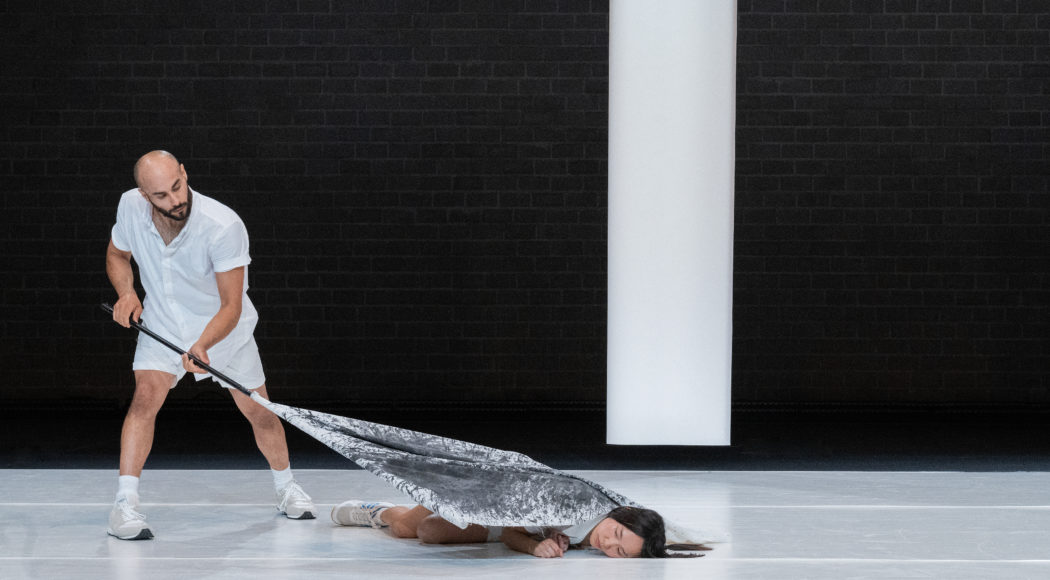 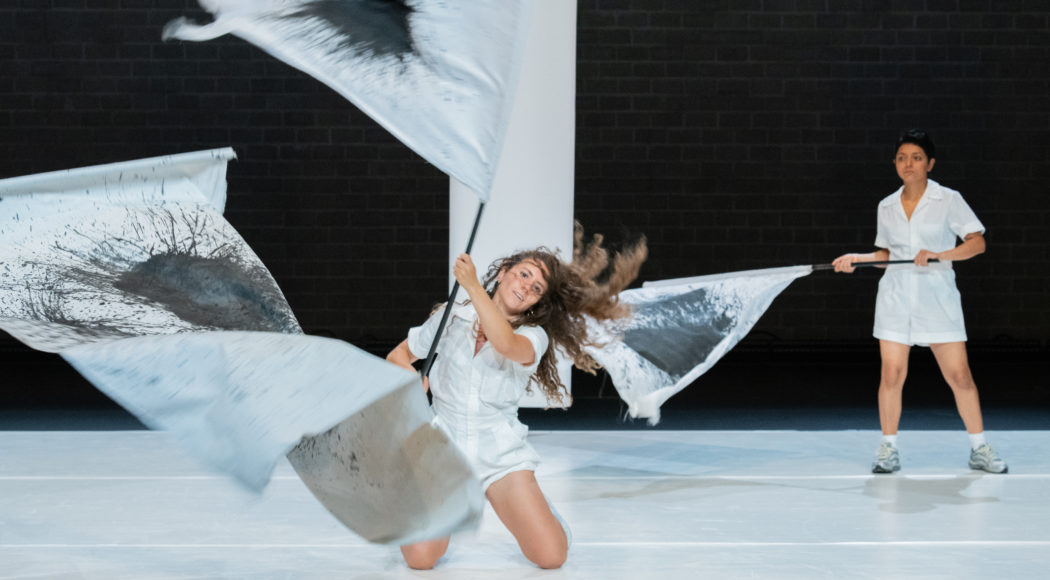 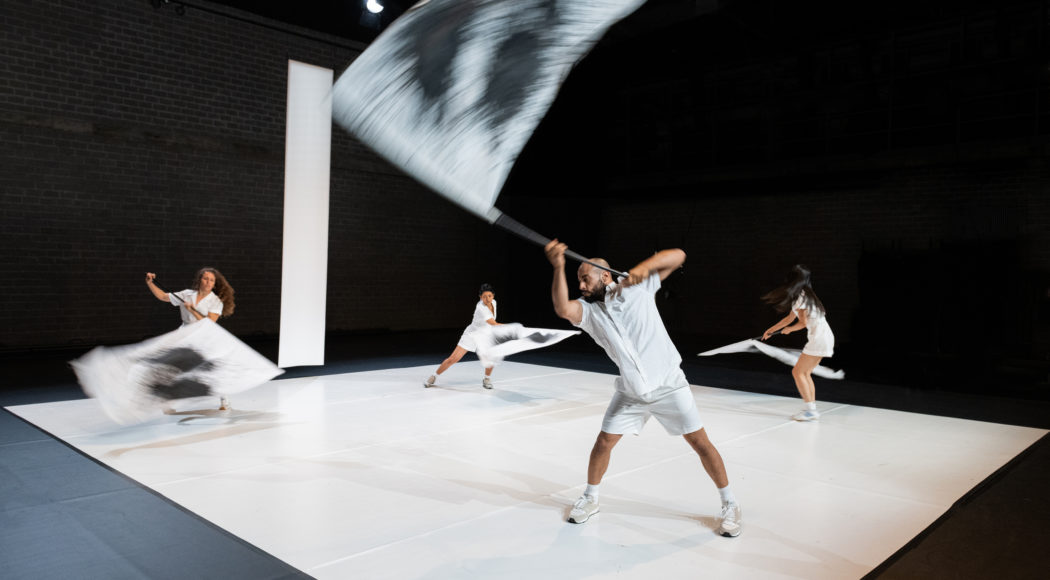 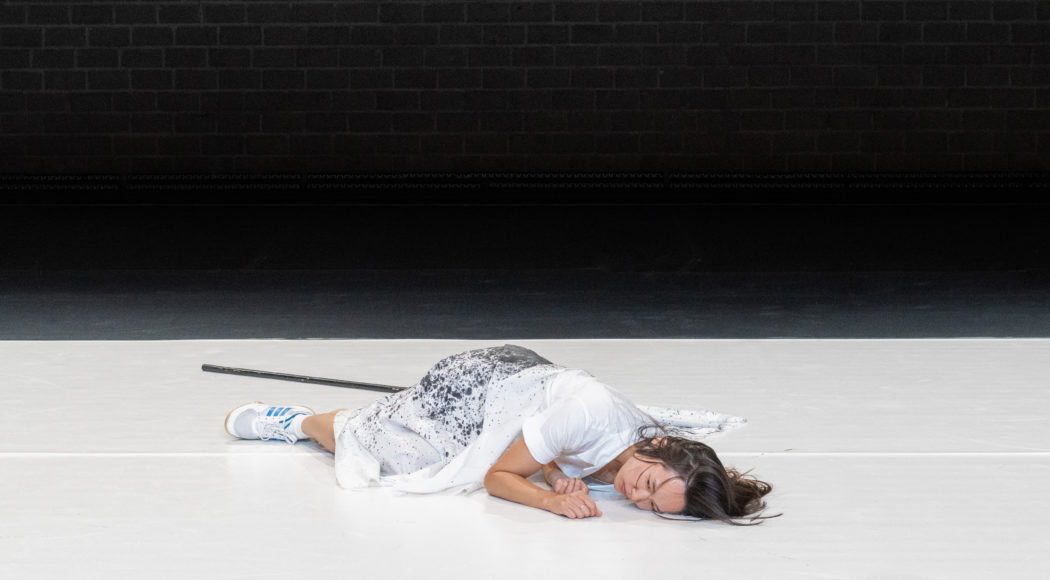 GOLA 4th Movement is the fourth revision of the piece GOLA, originally created in 2017, and is part of a series inspired by the form, rhythm and dogma of national ceremonies.

The performance deals with Israel’s national ceremonies for Memorial Day for Israel’s fallen soldiers* and Holocaust Remembrance Day. On these days, children, young adults and soldiers participate in a kind of public theatre.

Through communal rituals, ideas of collective mourning, patriotism, heroism and pride are conveyed and inscribed. Recurring elements such as flag waving, marching, standing formations, storytelling and the singing of hymns emphasise collective memory and identity.

Wavering between nostalgia and critical distance, GOLA 4th Movement draws a parallel between ceremonial acts, the need for belonging and the potential for its fulfilment.

“National ceremonies are an integral part of growing up in Israel. Like many of my friend:ins, I volunteered to dance, sing and play on stage. There was an undeniable desire to participate in this collective national ethos and it was, above all, an opportunity to perform on stage. These experiences laid the foundation for my dance and choreographic career. Today, having migrated to Germany, I see the attraction of community in the context of national acts of representation in a different light” – Reut Shemesh

GOLA 2017 is a production of the Reut Shemesh Company in co-production with the ASPHALT Festival Düsseldorf. Supported by the City of Cologne, the Ministry for Family, Children, Youth, Culture and Sport of the State of North Rhine-Westphalia, the Kunststiftung NRW and the RheinEnergieStiftung Kultur. Supported by TanzFaktur Köln, Ehrenfeld Studios and iDAS NRW.