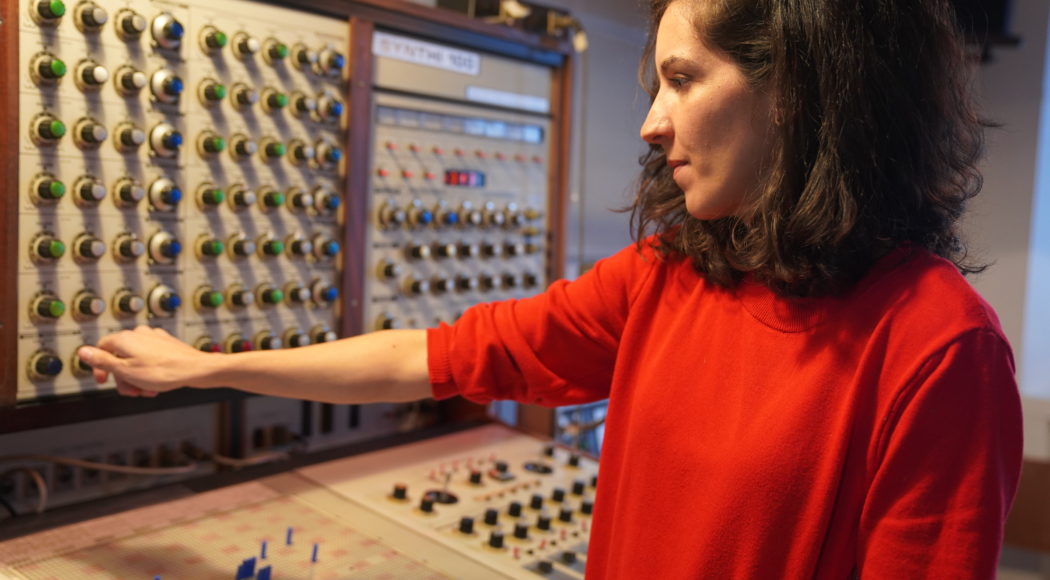 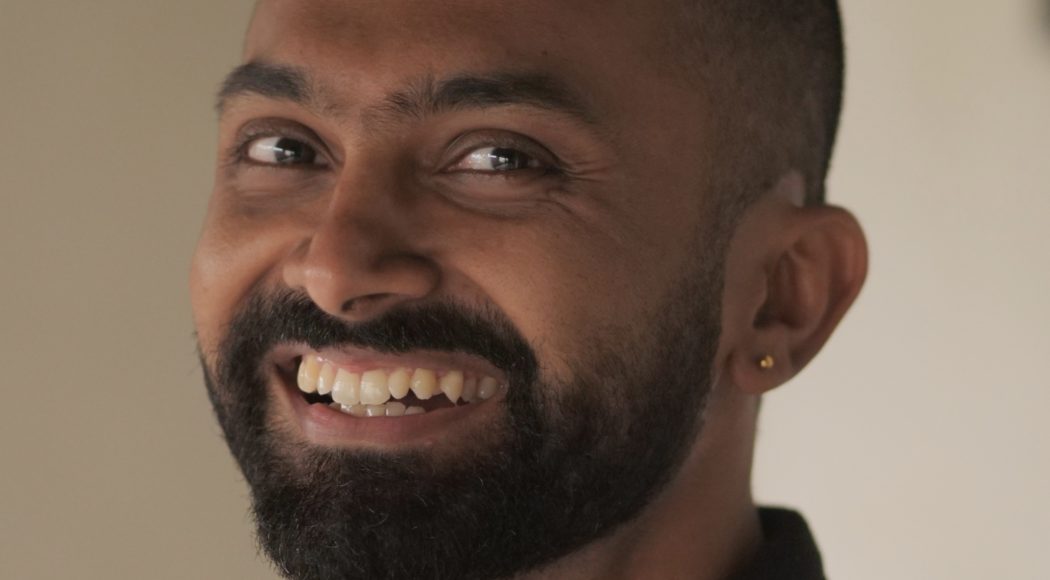 Interventions of unfixed timeframe carried out in digital-to-analog systems, adapted and adjusted to a given set of audio amplification equipment and the acoustic properties of the location Festspielhaus Hellerau. Preferably executed at high sound pressure level.

There are always two worlds in which we move. We are connected with all other people, but we nevertheless each experience what is happening around us in a very different, individual way. Particularly in times of isolation, when one is thrown back on oneself, we occasionally become painfully aware of this dichotomy. In The Hidden Environment – The Feeling of the Cave , Simina Oprescu spans a bridge between the interior and the exterior, these two realities of life, which are in constant flux. Our diverse technological extensions along with special vocal techniques that make one’s innermost core vibrate serve as the artist’s instruments.

This work is a constellation of notes addressed to the English mathematician and pioneer of theoretical computer science Alan Turing (1912-1954). Turing’s parents lived in British India, but decided to travel back to England for his birth fearing political unrest in the colony during World War I. He was raised in England, even as his parents returned to live and work in India. This address to Turing is made through a process of scientific fictionalisation, taking an exposure to India (that he did not have) as a provocation to engage the mathematician with theoretical and empirical practices of yoga and tantra. Using temple sites in India and dance practices in Indonesia as quasi data points, the work will speculate on the implications of tantric art-science on Turing’s thinking, and consequently on decolonising machine learning and artificial intelligence, of which he is a pioneer. The work will take form as an essay-performance with single channel video including stereoscopic sections.

svetlanamaras.com
Enforced by the pandemic, we are being confined to our private spaces, inner spaces, and our views are daily being obstructed by the walls. And while the vastness of open air and nature remains distant for most of us living in the city, we still crave for it as for the final form of liberation. The sense of the space thus, becomes emphasized and overly present with us and we actively play with its alternatives either by moving the furniture around the house and changing the decoration, or by dreaming of traveling. Swift changes between alternative spaces are possible in music thanks to advanced technology and compositional techniques. By sculpting the space with sound, we can create a fictional reality that engages the ear and amuses the brain, bypassing the walls that surround us. To breathe, is to activate a certain space. Short breaths, deep breaths, dying breaths or sensual ones – they evoke variety of features and peculiarities that the breath embodies. Breath is also a precondition of voice, and further, of a spoken word. Paving the path for every physiological and philosophical activity, breath is essential to all we do and all we are. Yet, it is being endangered nowadays. With the innate musicality that these concepts contain, they served me to create a framework for a number of auditory situations that are fluidly changing from one to another. Constant fluctuation and transfiguration of musical material aims to stimulate the ear not to adapt, but to adopt the heterogeneity of content, inviting the mind to do the same.