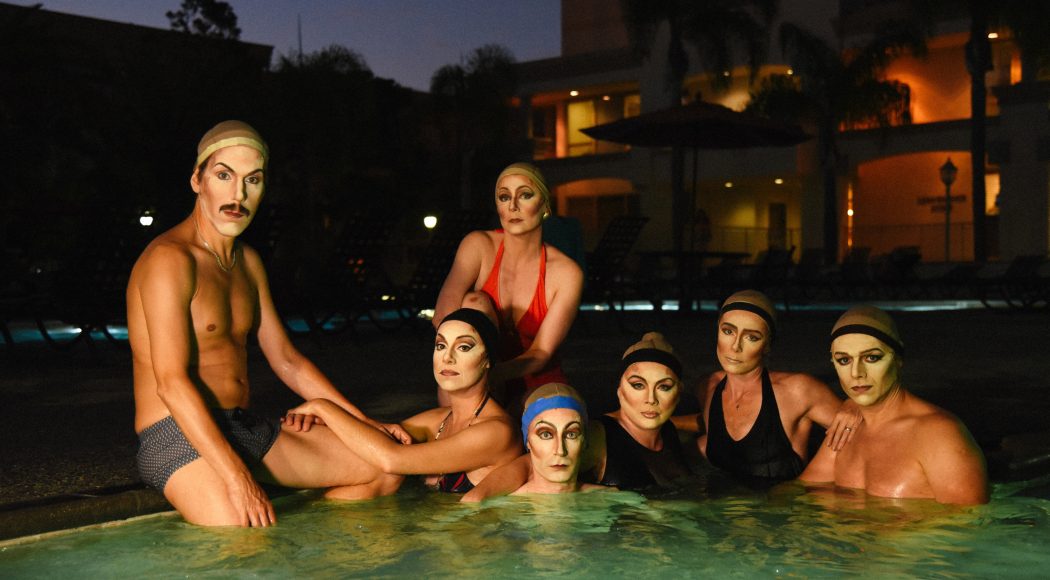 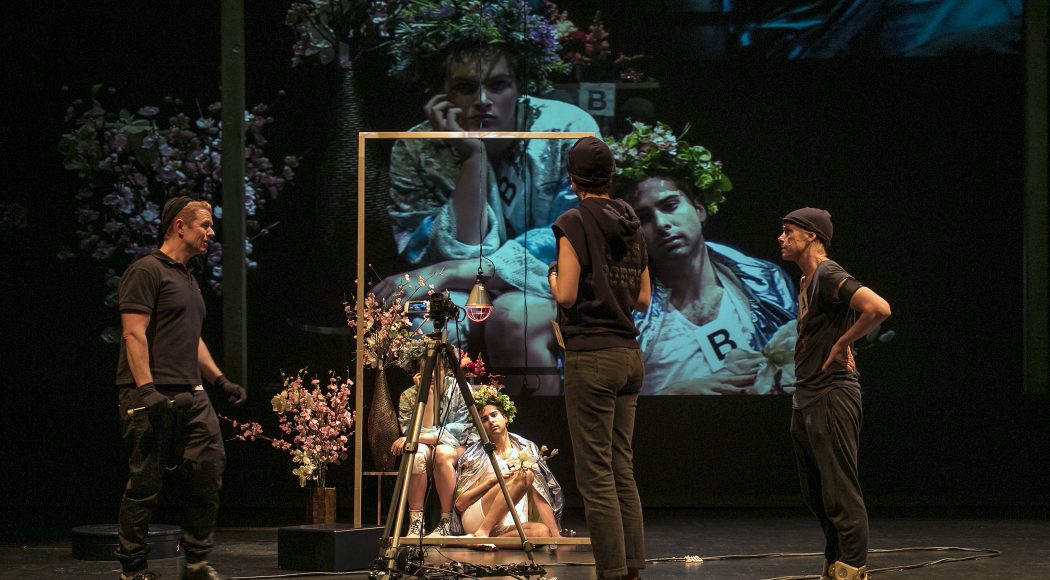 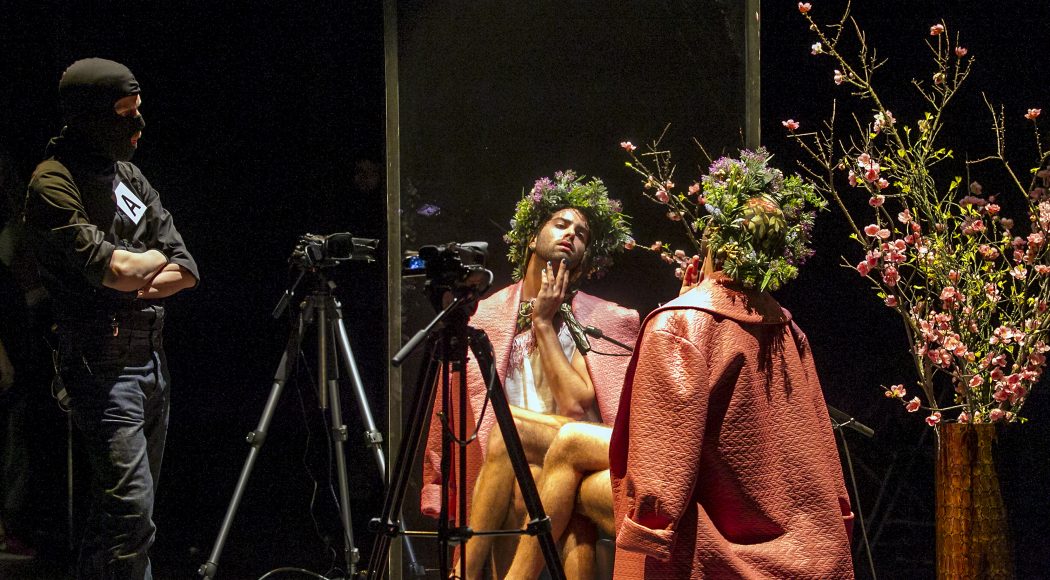 “It is the spectator, not life, that art reflects.” (Oskar Wilde in “The Picture of Dorian Gray”)

The German-British collective Gob Squad snatches a number of motifs from the work of Oscar Wilde. First and foremost the split personality of Dorian Gray. That narcissist who delegated all his negative qualities to a portrait so that he himself could maintain his immaculate ideal image of himself. Out of this basic situation, Gob Squad, ingeniously associating and with an exuberant variety of game ideas, let her perhaps most personal and honest evening to date come into being. Together with locally recruited performers, they reflect on truth and deception in art and on the role of the human body within the logic of capitalist exploitation. It is about getting older, including one’s own. It’s about dealing with standardized ideas of beauty. About self-love and selfishness. About gender and identity. And, last but not least, the beauty of Ikebana as an expression of cultural wealth.

Founded in 1994 at Nottingham-Trent-University, the German-British artists’ group Gob Squad combines staging and utopia with banal real everyday situations in a fascinating way. Through film installations, live broadcasts and the stage performance, the audience is always involved. Their productions like “Super Night Shot” or “Gob Squads Kitchen” are shown at renowned festivals worldwide. In 2012 the performance “Gob Squad’s Kitchen” was awarded the Drama Desk Award in New York as “best unique theatrical experience”. 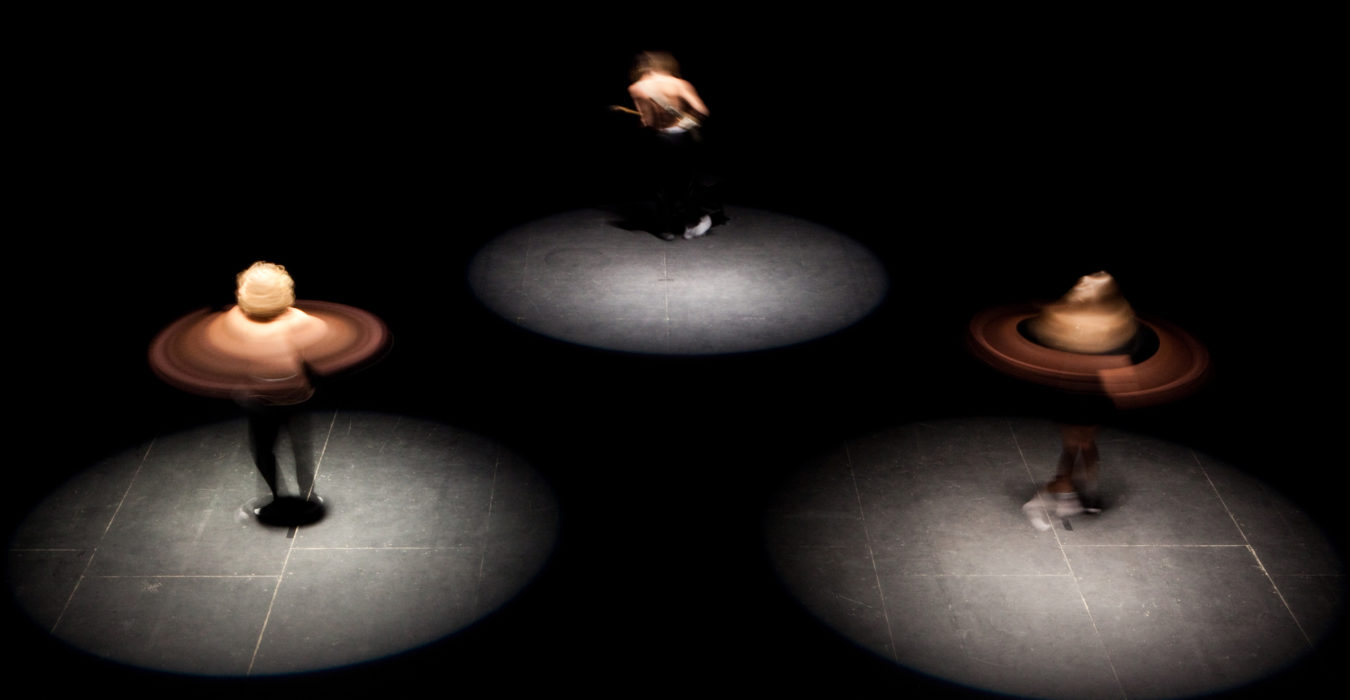 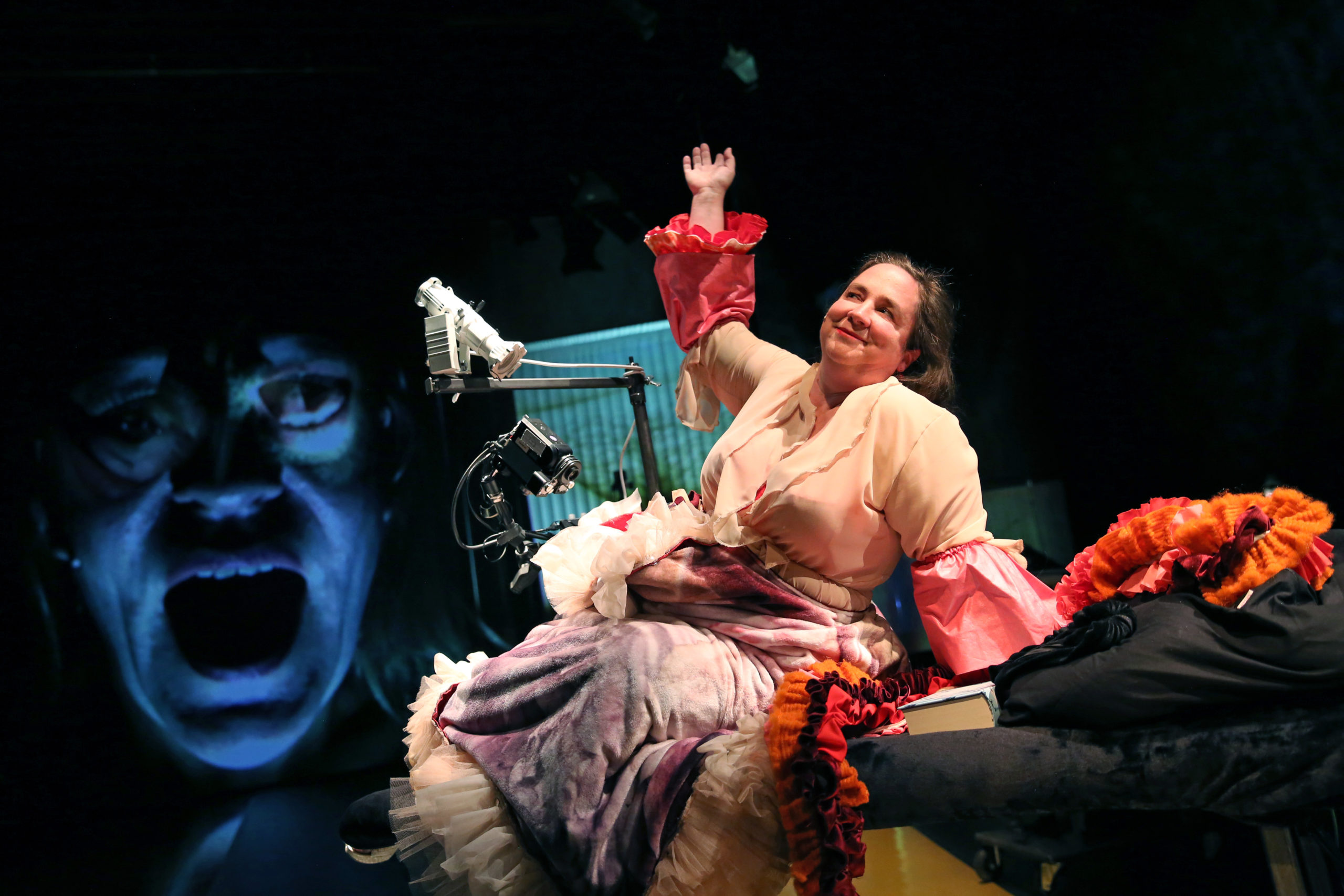