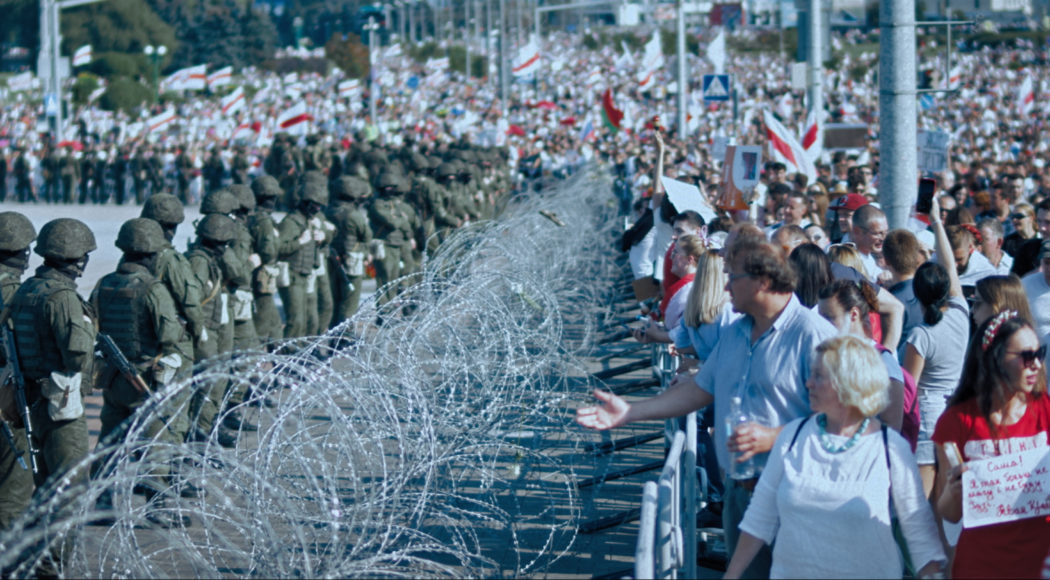 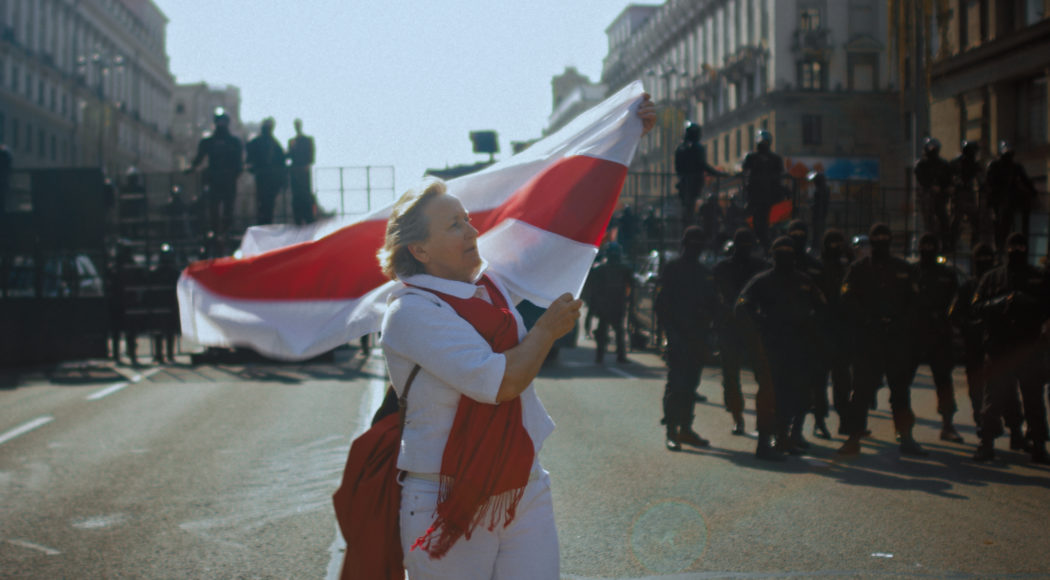 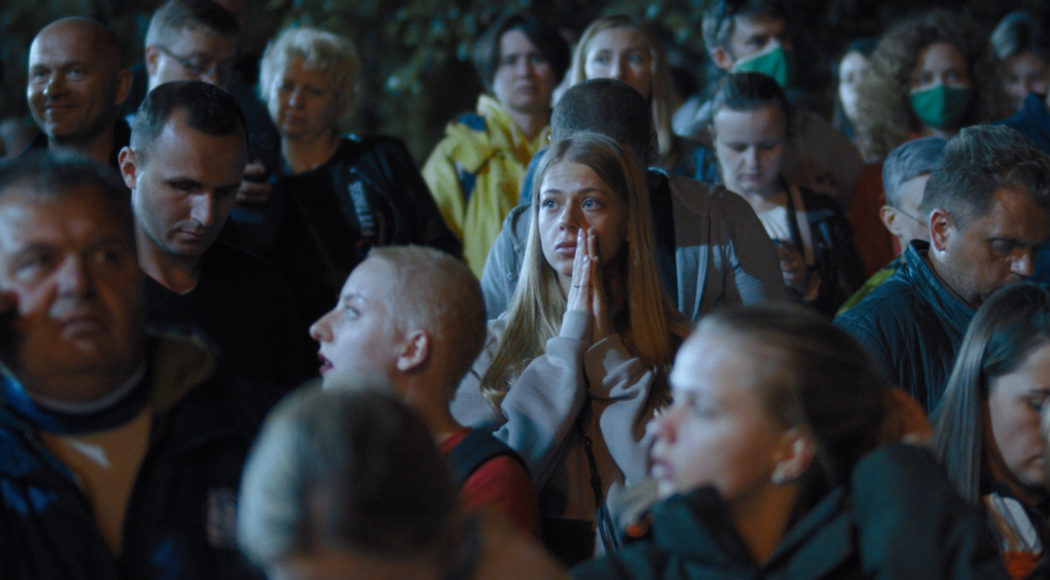 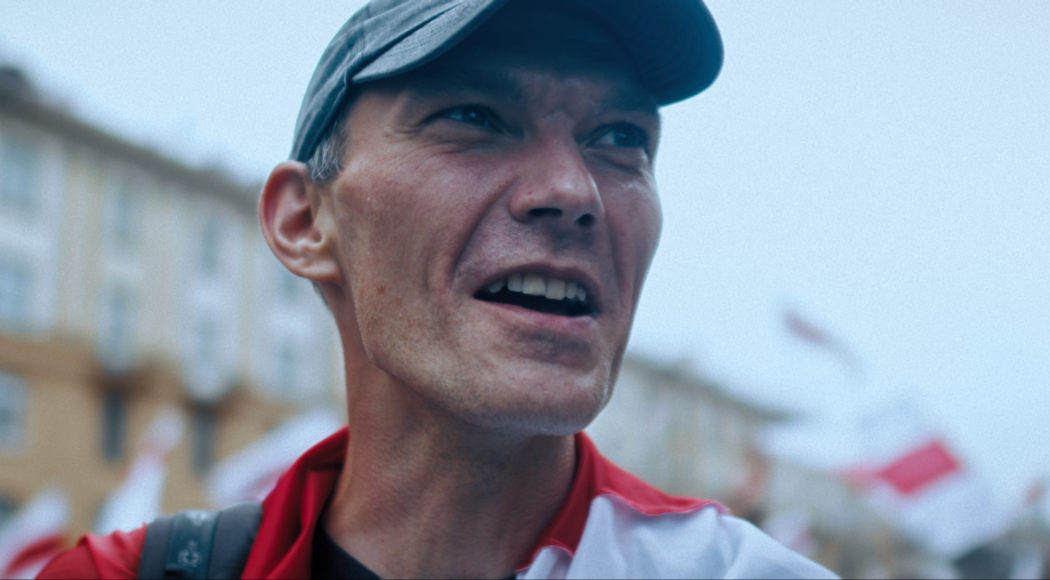 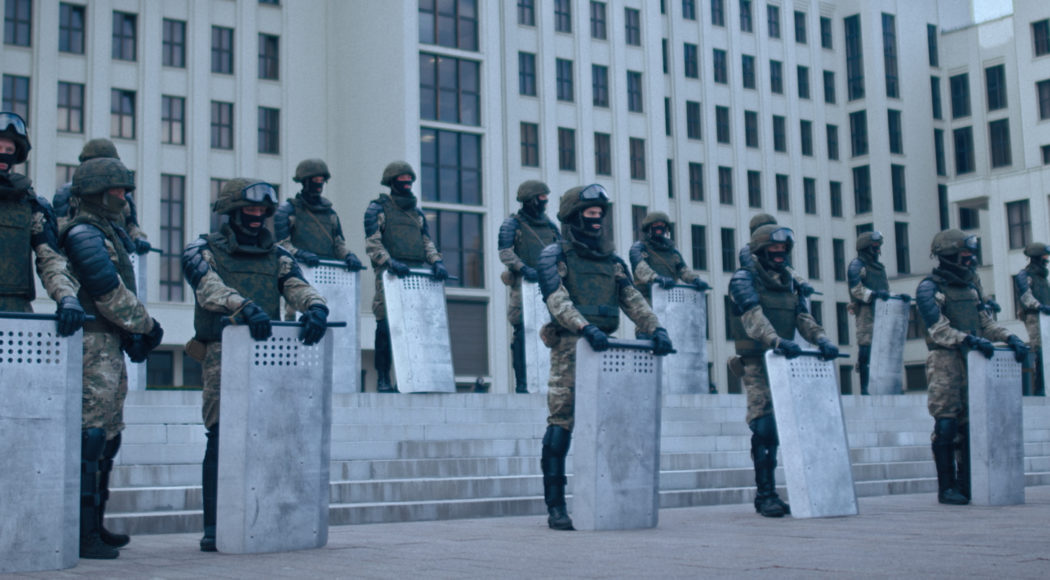 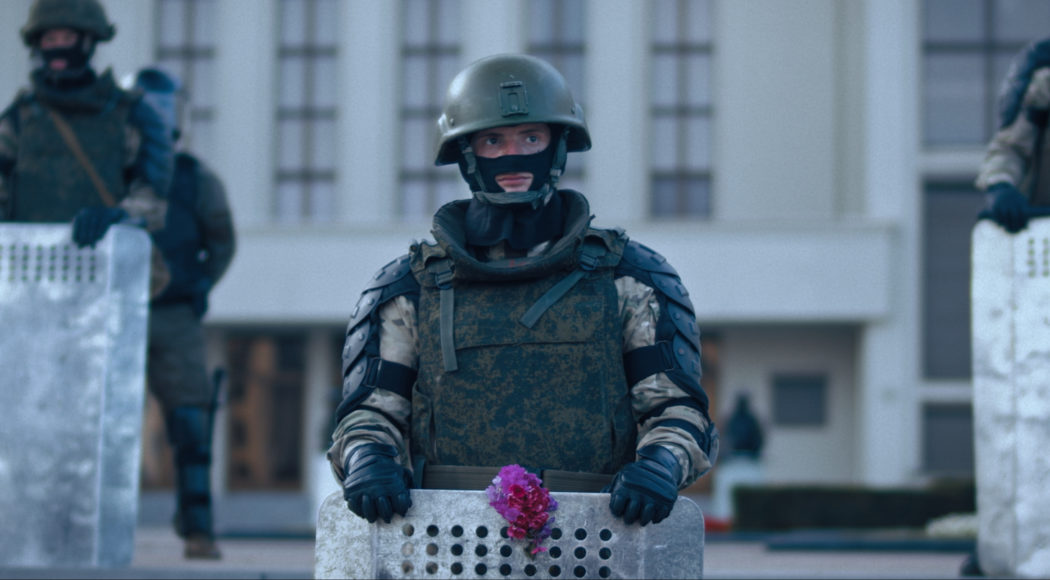 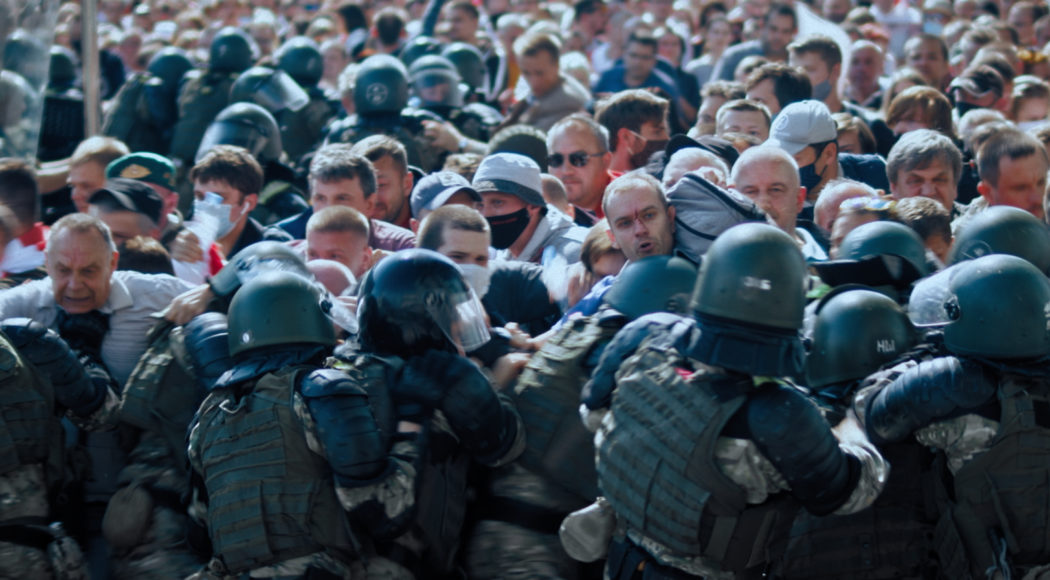 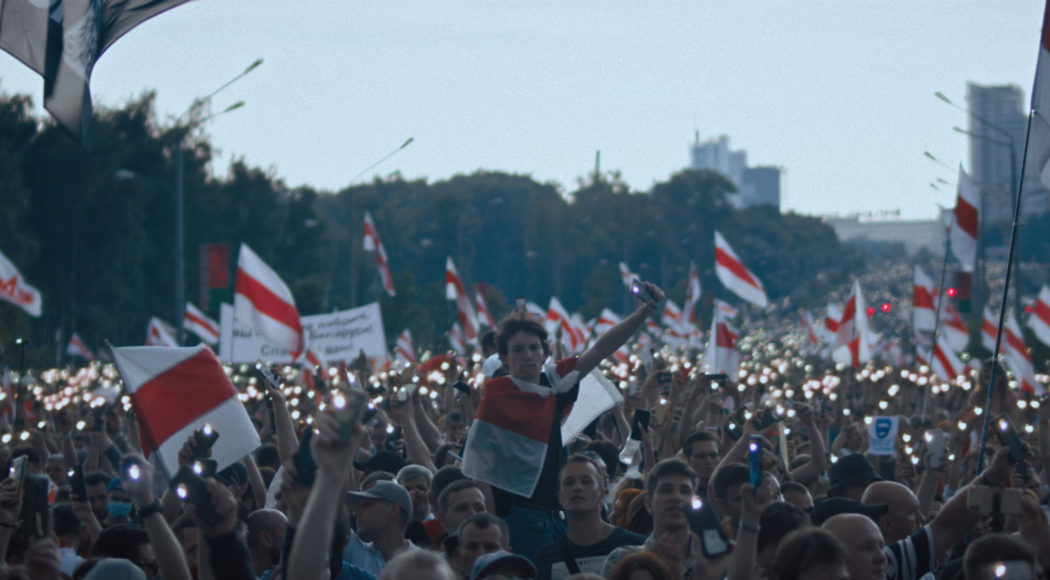 In the course of the presidential elections in Belarus in the summer of 2020, three actors from the Belarus Free Theatre in Minsk get caught up in the maelstrom of mass protests, which draws them onto the streets to demonstrate loudly for freedom of expression and the long-awaited change of power. But their peaceful protest is brutally put down by the regime’s security apparatus. Members of the theatre group and many other people are arrested. The country is on the brink of civil war.

COURAGE follows the courageous and peaceful resistance of Maryna, Pavel and Denis before and during the protests. The film takes a very personal look at the events and gives a close and gripping insight into the lives of the people in Belarus today who are fighting for their freedom and the right to democracy.

Pavel and Denis were briefly arrested in early 2021 and emigrated to Ukraine after their release. In the wake of the plane hijacking and the arrest of the opposition blogger Roman Prostashevich, Maryna also decided to leave the country together with her family.

Solidarity with political prisoners in Belarus

In Belarus, many politically motivated criminal cases have been opened after the 2020 elections and protests against their falsification. We demand the immediate release of over 500 political prisoners – and call for a hundredfold solidarity with prominent ambassadors!

Show solidarity too: send a letter to Belarus!

An event of the Institute for Slavic Studies, TU Dresden.

In August 2020, the whole world looked to Belarus. Several thousand demonstrators took to the streets to protest against electoral fraud and demand democratic, free and fair elections. Since then, hundreds of opponents of the regime have been arrested and about 1,000 of them have been tortured. Where do Belarus and Belarusian society stand today?