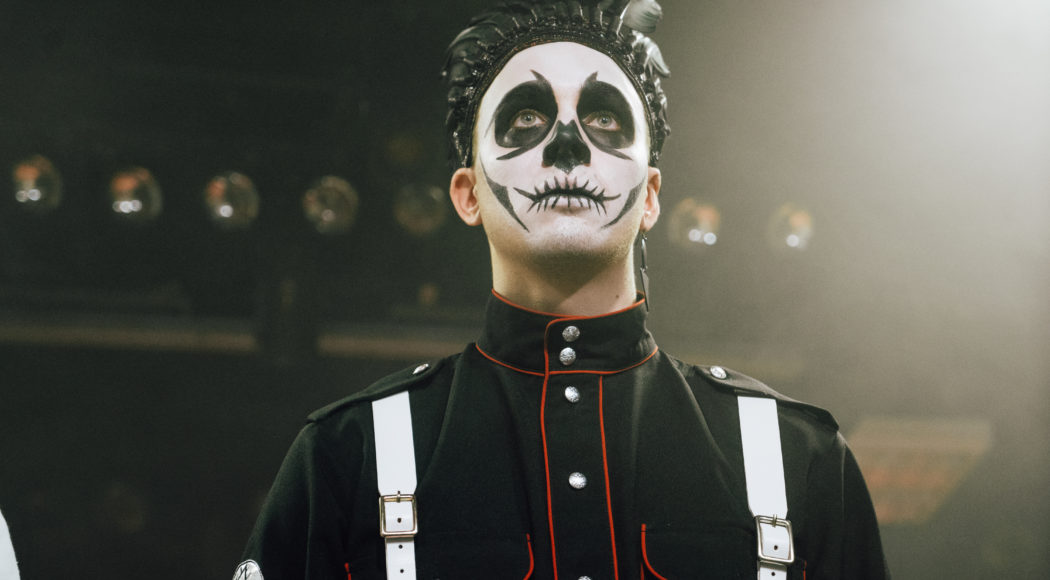 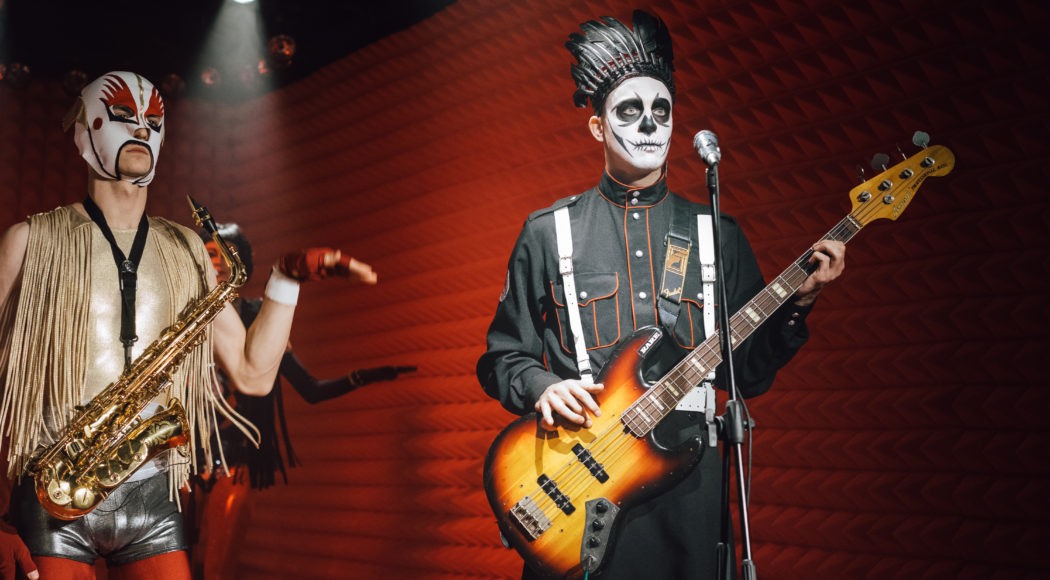 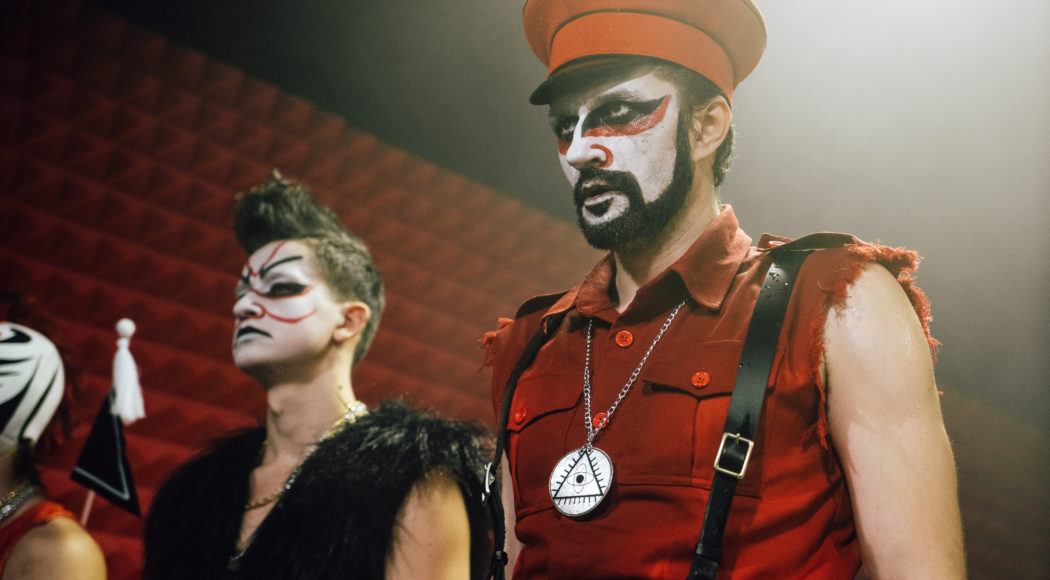 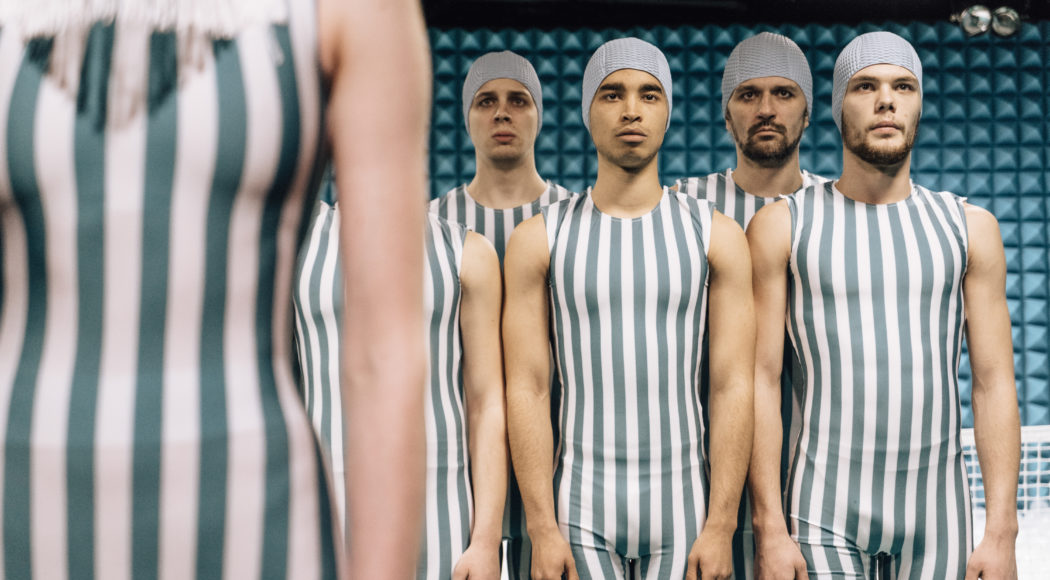 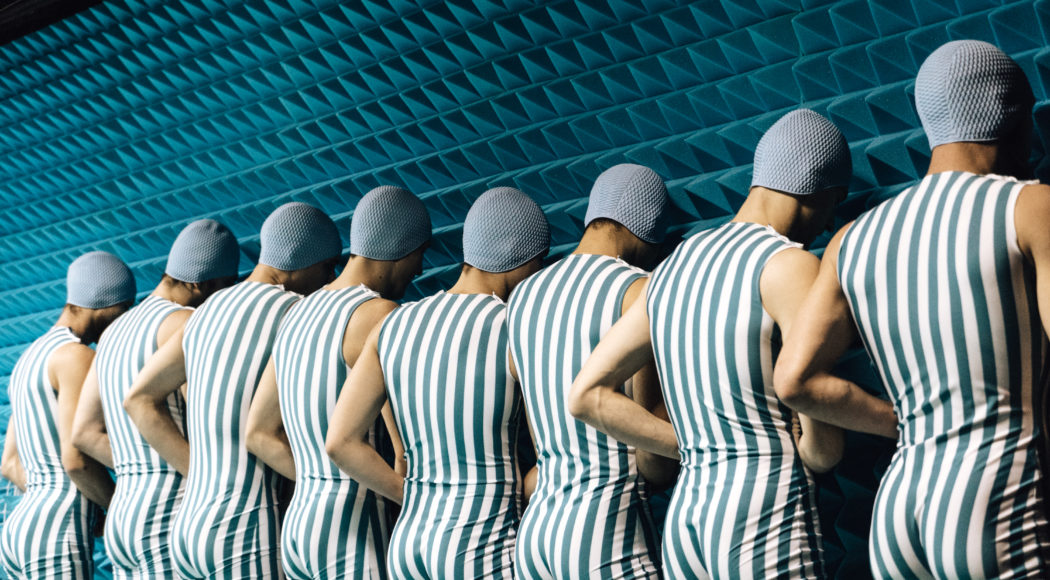 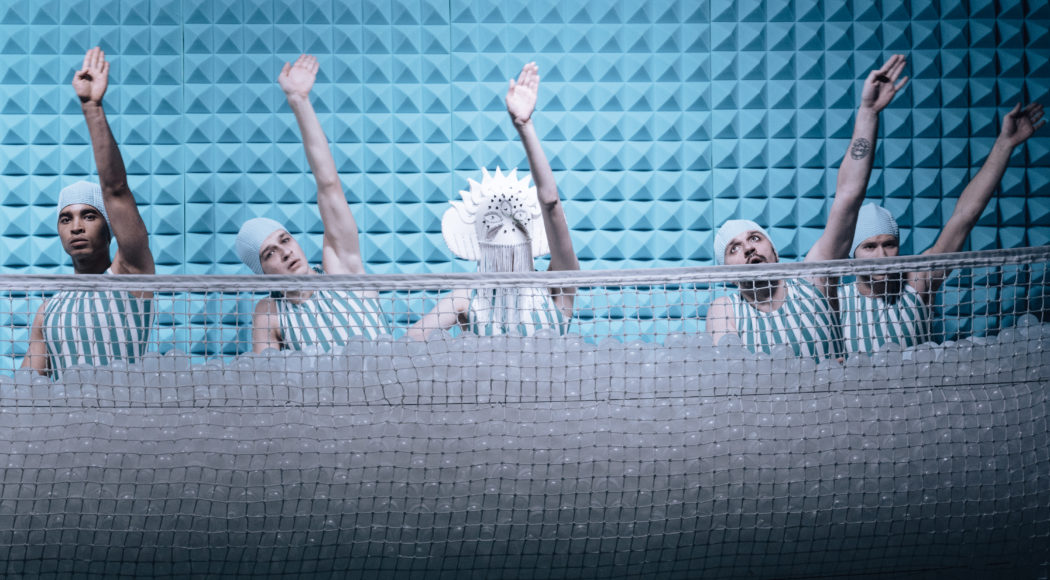 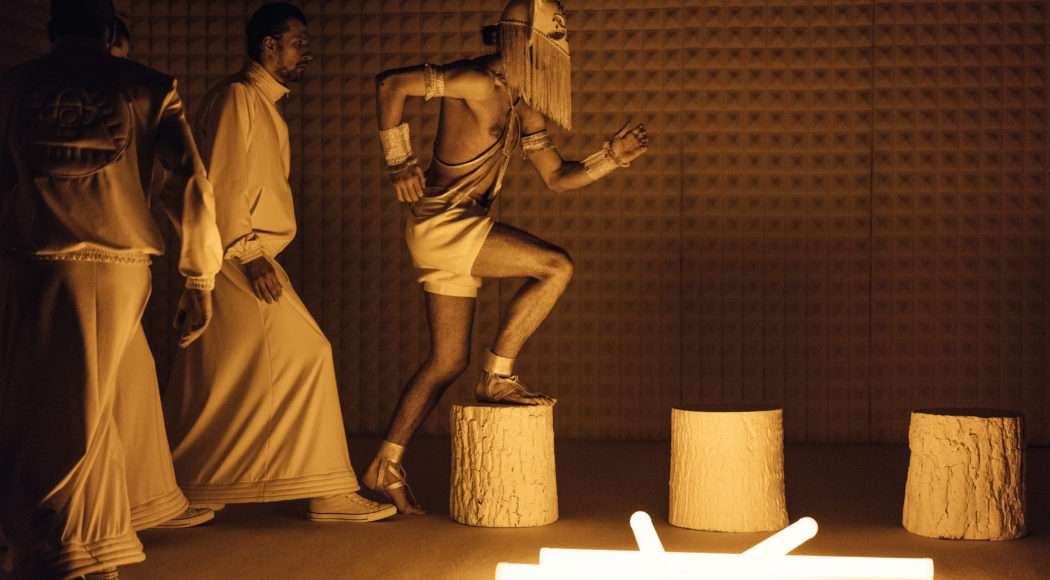 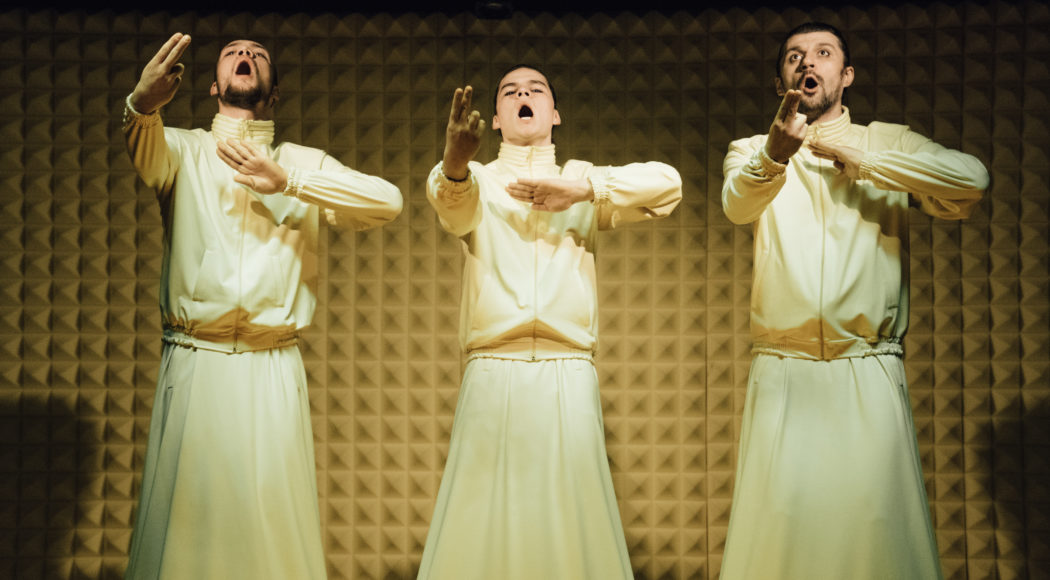 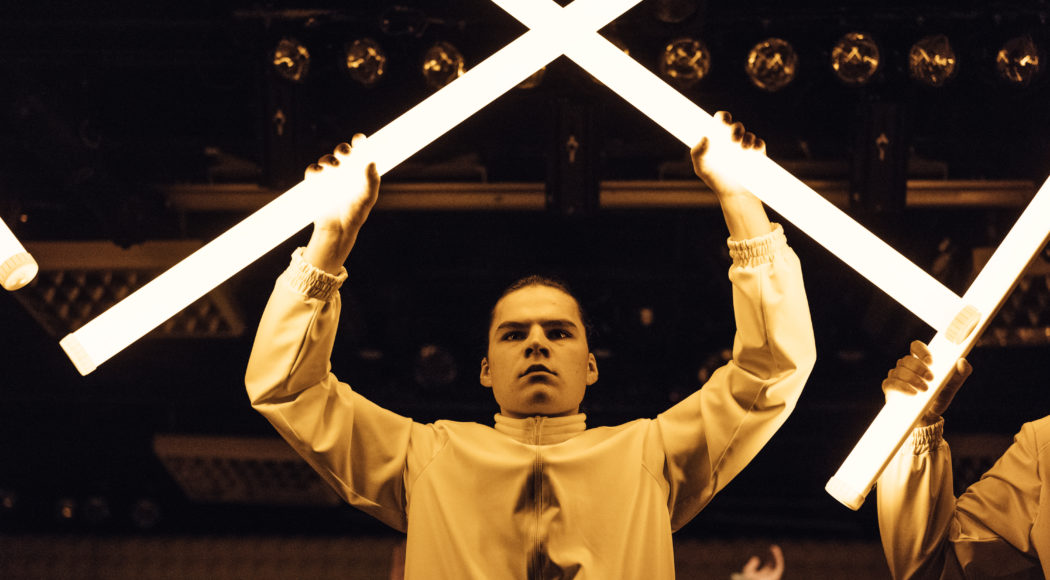 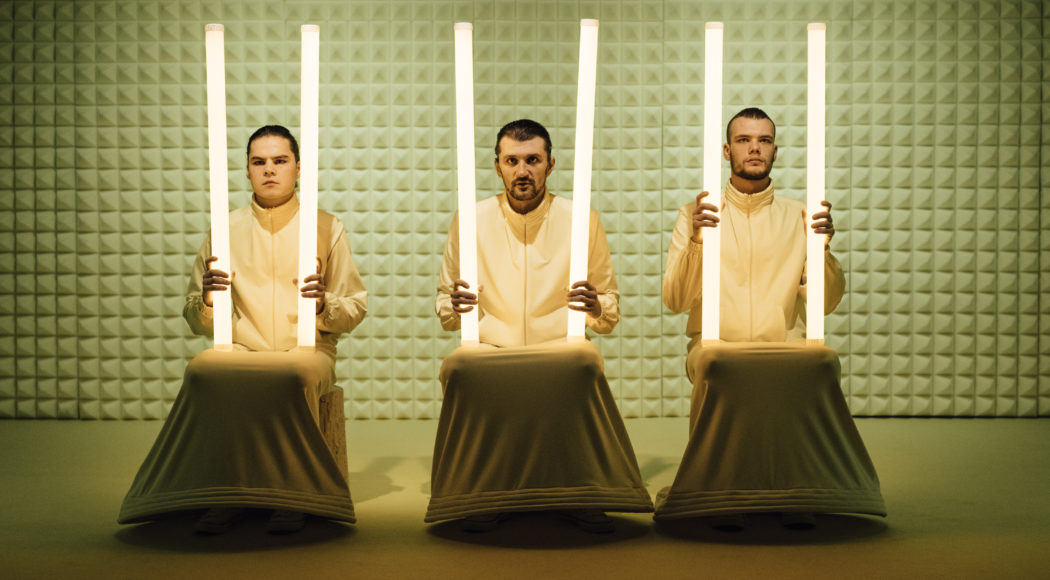 Viktor Pelevin’s cult novel “Buddha’s Little Finger”, published in 1996, draws a bow between the birth pangs of the Soviet Union and its downfall. Pustota, a completely blameless poet and master of life from St. Petersburg, fled from the secret police to Moscow in 1919. In Moscow Chapajev, legendary commander of the Red Army, immediately appoints him as his political commissioner. But as in a feverish dream, Pustota suddenly finds himself catapulted into the Moscow of the present. Surrounded by many “new Russians”, all he can do is escape to a mental institution.
With exuberant imagination and at the same time analytical sharpness Pelevin describes a society in upheaval, desperately searching for meaning. Maxim Didenko, currently one of Russia’s most exciting young directors, has staged this ride through Russian history and present in a powerful, memorable and highly varied way. Torn back and forth between old myths and new fairy tales, Europe and Asia as well as reality and madness, the characters seek refuge in revolutionary poses and in the tranquillity of nature, in religion and physical exercises and, last but not least, in mind-expanding substances.

Maxim Didenko is a Russian director, choreographer and lecturer. He studied at the St. Petersburg Theatre Academy, worked as an actor with the German-Russian theatre group Derevo (St. Petersburg, Dresden) and with the Russian theatre Akhe. He works as a director in Moscow, St. Petersburg, Novosibirsk, Prague, London, Mannheim and Karlsruhe. In his own productions he combines influences from the fine arts, dance, music, film and theatre. Didenko’s productions have repeatedly been nominated for various prizes.

Viktor Pelevin is regarded as one of the most read and most important narrators of contemporary Russia. He enjoys cult status with young readers and his Internet fan community. In his works, he often reports from an unusual surrealist perspective on chaotic circumstances in Russia, the new attitude to life associated with the collapse of the Soviet Union, and on the historical past and its reappraisal.

The experimental praktika teatr was founded on the initiative of director Eduard Bojakow. In the theatre, only works by contemporary authors are staged and various art projects are realized: a cinema club, exhibitions, performances and discussion rounds with well-known cultural practitioners characterize the atmosphere of this dynamic theatre location. The teatr praktika is now also known beyond the borders of Moscow and Russia for its experimental, innovative and socially critical productions.