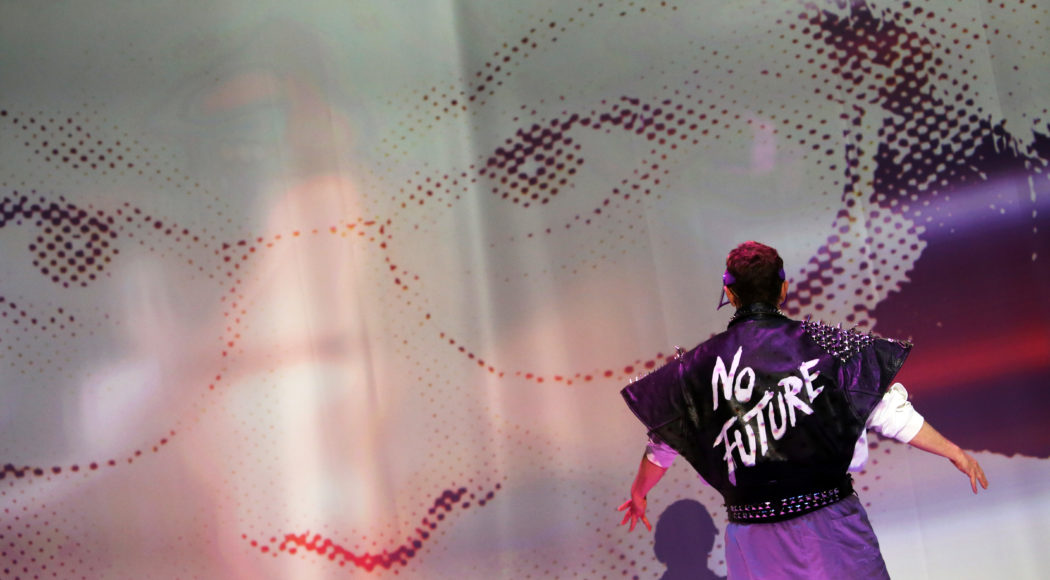 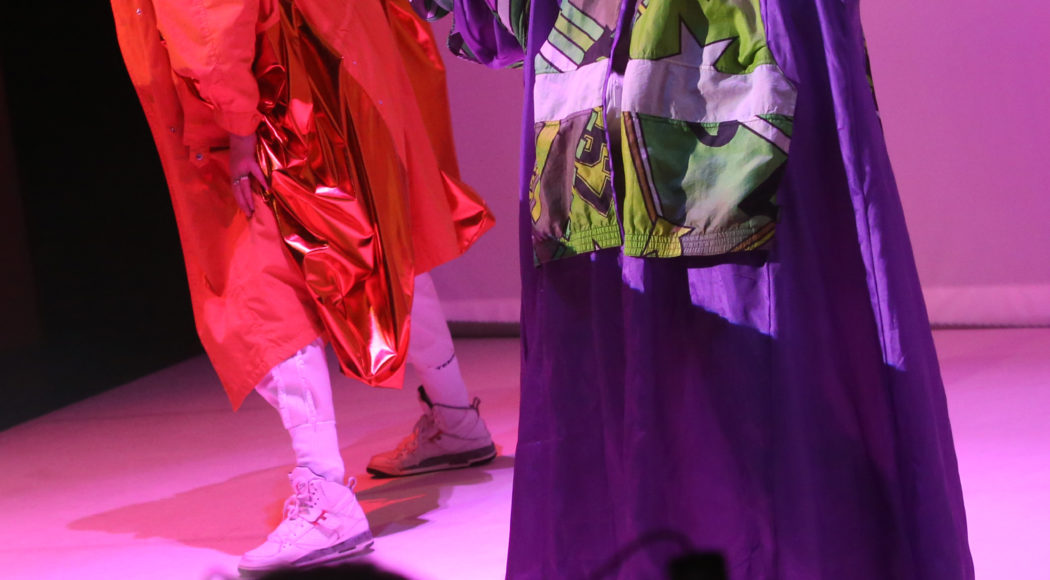 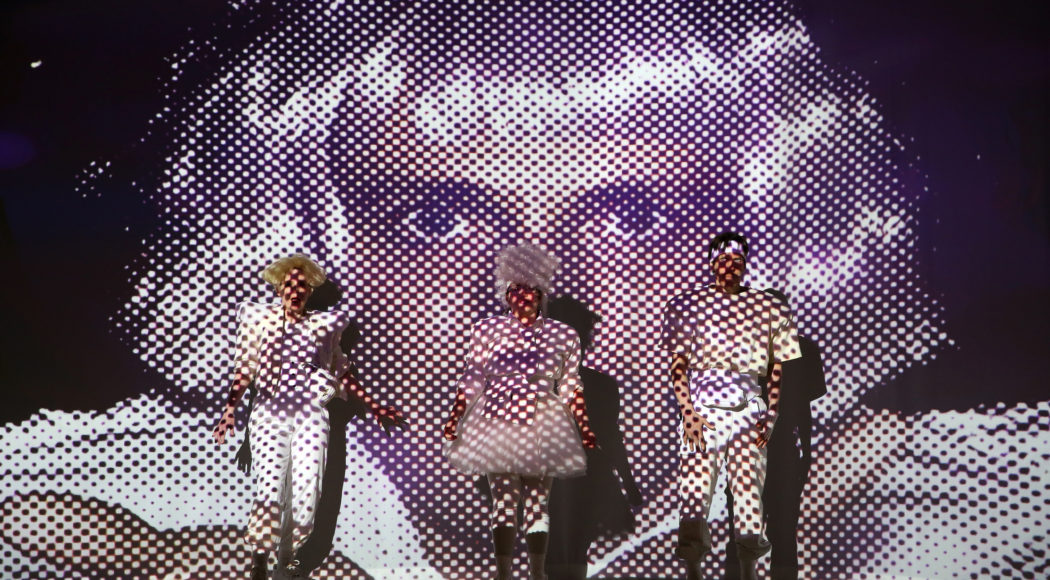 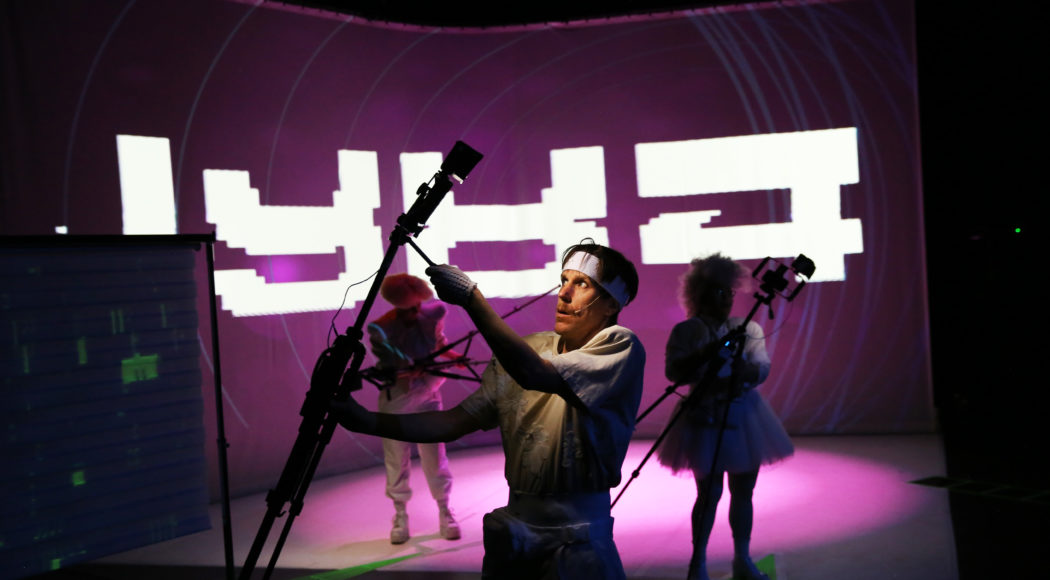 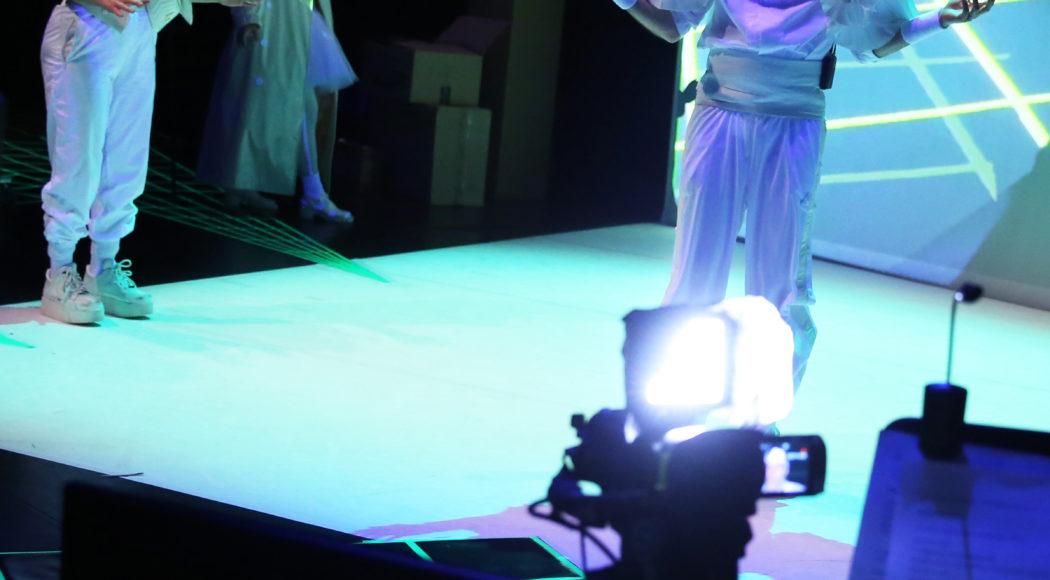 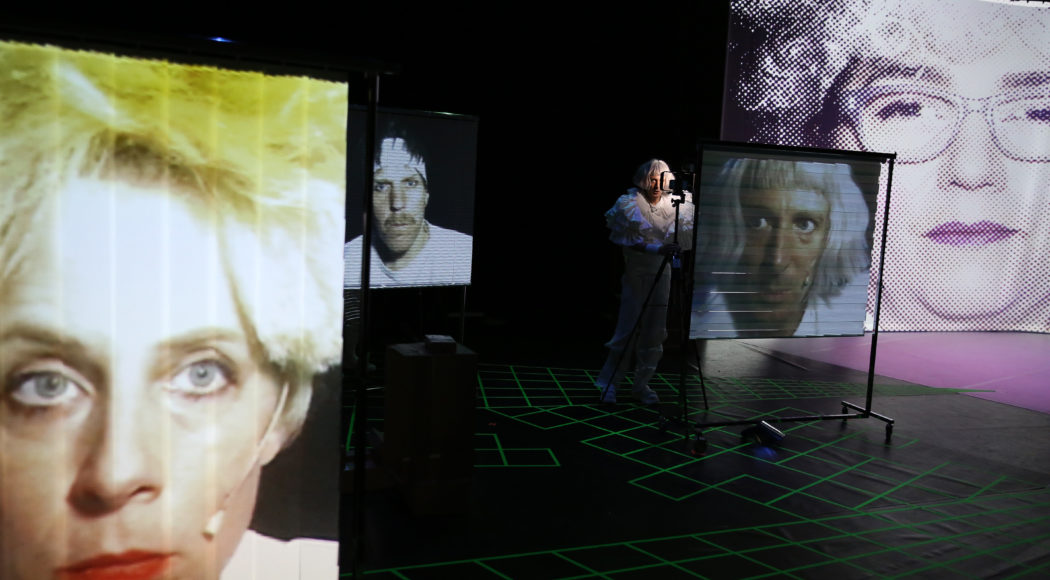 Gob Squad travel back to 1984, back to the good old analogue days when life was simple and there were only three channels on TV. It’s a perilous journey: they might get lost in music, lost in nostalgia or both. But once they arrive, they discover their younger selves: caught up in the Cold War, fearful of nuclear catastrophe, trying to shape who they might become.  As they sift through the fragments of their teenage bedrooms, they reconstruct their own personal past, and the music drags them into a psychedelic virtual world of disembodied avatars. Under surveillance and under pressure, they fight, dance, build a nuclear shelter and try to dismantle what may have been written into their programming codes.  Were these teenagers in control of their bodies, their fate and their ability to change things? Or were they following ready-made templates, part of a larger plan?  Can they re-programme their own story, and influence the currents of history? Or at least see it through different eyes? As Gob Squad warp time and go back to a past which saw ‘No Future’, are they able to shed light on the present, and gain a perspective on what lies ahead?

The new production follows in the tradition of other works by Gob Squad, which reimagine and recast YouTube videos, Hollywood films and Andy Warhol art movies. The project brings to a head the company’s ongoing examination of the mechanisms of power inherent in our image-saturated world and the relationship of personal experience to political reality. In Gob Squad’s work, everyday life and magic, banality and utopia, reality and entertainment are all set on a collision course. The audience is invited into a world of light and shadow to bear witness to an experiment in performative science-fiction and imaginary time-travel. Nothing less than the future itself is at stake…

In a research phase for the production, four international residencies took place in Bangalore/Mumbai (India), Leipzig (Germany), New York (USA) and Shanghai (China) for the purpose of broadening our perspectives and narrative. We thank all our participants for their input, their stories  and the mind-expanding exchange.

The collective and the audience – Read more here in the HELLERAU online magazine!

Please note!
Stroboscopic light effects will be used for considerable periods during the event. This may cause health problems for sensitive persons.