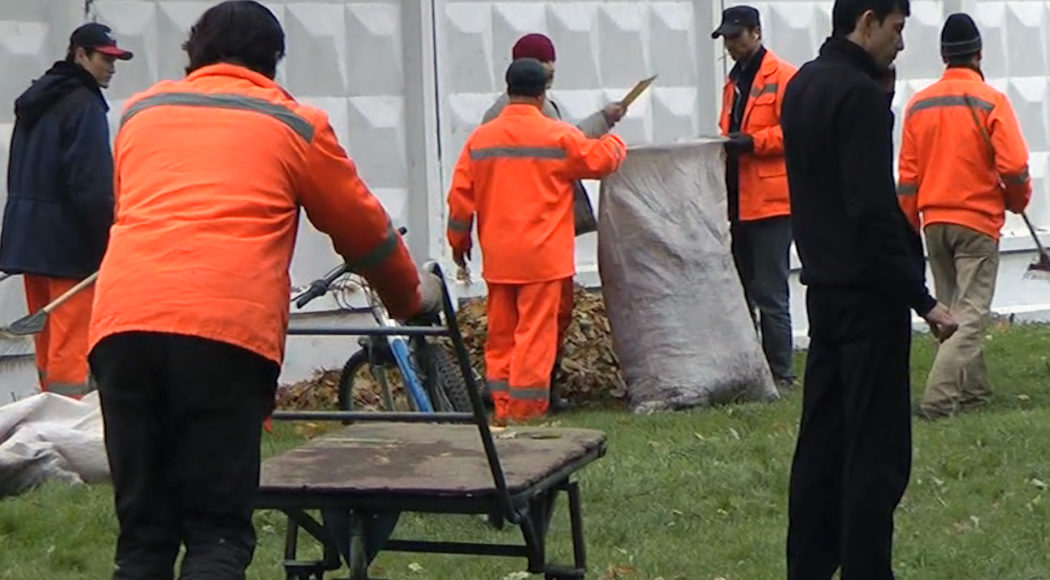 The artist* couple Antje Ehmann and Harun Farocki conducted workshops on the theme of work in fifteen cities worldwide from 2011 to 2014. Since 2017 Ehmann has continued the project together with Eva Stotz and Luis Feduchi. “An attitude towards work” explores the current meanings, conditions and visibility of work in a global comparison. It is about the production of short films, which is carried out in cooperation with local filmmakers* inside and video artists* in workshops. An important point of reference is the film classic of the Lumière brothers, who filmed women workers leaving their own Lumière factory at the end of the 19th century. The search for this motif in the respective workshop cities and the production of remakes called “Workers Leaving Their Workplaces” is part of the project. The following applies to all films: they are videos of a maximum length of 2 minutes; with a moving or static camera, with original sound or a sound design; almost all options are given, only there is no cutting. The film is shot in one shot. These means are intended to enable a precise examination of the respective work process, its choreography and the special nature of the activity. The resulting archive of meanwhile more than 400 films on the subject of work takes on an encyclopedic character, as it documents the manifold working realities of a global capitalism. Ehmann and Feduchi want to continue “An Attitude to Work” in cooperation with filmmakers* and artists* in Warsaw and Berlin until October 2020. Due to the pandemic conditions, the collaboration will initially be mainly digital. Of course, the question of how the Corona crisis has affected working conditions in Warsaw and Berlin will also play a major role. At the end of the year or in the spring of 2021, an exhibition in Warsaw is planned, showing selected films produced before and during the crisis. All films can be seen on the project homepage www.labour-in-a-single-shot.net. The project is a collaboration between the Goethe-Institut Warsaw and Harun Farocki GbR