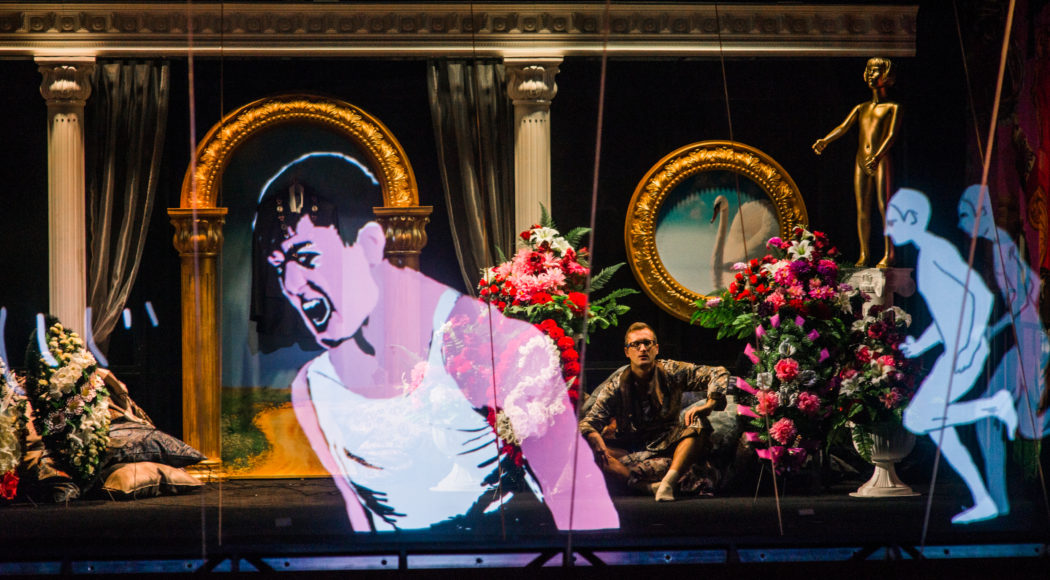 Dramaturg Johannes Kirsten in conversation with Marina Davydova Moscow, May 2019 – Marina Davydova, editor-in-chief of TEATR magazine and artistic director of the Moscow NET Festival, on the conditions of the Russian Theatre 2019.

Johannes Kirsten: In 2012 you wrote in an article for “Theater heute” that Russia is neither a pure dictatorship nor a real democracy, but carries elements of both. How do you see it today?

Marina Davydova: A lot has happened since then. But Russia’s political system is still a hybrid. This regime is stable precisely because it oscillates between dictatorship and perhaps more an imitation of democracy. We can still do things here that would be impossible in China, for example. It is not so easy to understand what is happening here from abroad. What we call political life cannot be compared to that in Western countries. Virtually every opposition is destroyed or so marginalised that it is not worth mentioning. What we call political life is the conflict between different groups within the Kremlin. On the one hand the so-called liberals and on the other conservatives, actually fascists, who dream of the new Russian empire more or less within the borders of the former Soviet Union. Since Putin regained power in 2012, these conservative forces have become stronger and stronger. From 2008 to 2012 Dmitry Medvedev was president, perhaps just a puppet, in any case a symbolic figure. He kept declaring that he wanted to modernize the country. In documents of the Ministry of Culture from this time the word innovation is used remarkably often.

Why has theatre become so much the focus of conservative forces in Russian politics in recent years?

Unlike writers or composers, theatre people in Russia are very dependent on the state. Even if one is not supported with a single ruble, the performances take place in buildings that belong to the state. The logic of power is that if they give money, equipment, electricity, etc., then the theatres must serve them.

“This regime is stable precisely because it oscillates between dictatorship and perhaps more of an imitation of democracy.”

Does this focus on theatre comes perhaps from the Soviet tradition, which still characterises many functionaries?

In Soviet times, theatre played an important role in our lives. The theatre has replaced institutions like a real parliament, free media or even the church. Theatre was a risk. Therefore it was under special observation of the authorities. So it has a long tradition. When the Soviet Union disintegrated, theatre lost its special role in the 1990s. Almost only classical plays were performed and had practically nothing to do with reality. With the beginning of the millennium it began to remember its past meaning. Kirill Serebrennikov was one of the most important persons in this process. He started to bring new pieces about simple people and current problems to the stage. The Gogol Center, founded in 2013, saw itself as a place of society. Unlike many other theatres, it is not only open shortly before the performance in the evening, but you can also go there during the day. In addition to the productions, there are public discussions and lectures on political and social issues. In the eyes of power this is an affront: Serebrennikov takes our building and makes it a place of this liberal community and discussion against us.

Did the Gogol Center make school?

On the one hand yes, on the other no. Today there are a lot of small independent theaters. As a rule, they are not created in Moscow, but in provincial cities, including Petersburg. In order to do something more or less independent, you seem to have to be further away from the center of power. The Teatr Ugol in Kazan is one of the best examples of these independent structures. The most difficult place for independent theatre is Moscow. There are ideological as well as financial reasons for this. Rents in Moscow are extremely high.

What about theatres like Globus or Krasnij Fakel in Novosibirsk, where director Timofey Kuljabin works?

These theatres are not independent, but they try to work artistically independently. It is good for them that they are so far away from the center of power. But remember Timofey’s Tannhäuser, which was banned. You never know how it will happen. When the Tannhäuser was banned, you could still see The Ideal Husband by director Konstantin Bogomolov in the Moscow Art Theater, even though radical, Orthodox believers had protested against it here, as they did with Tannhäuser. But in this case they could do nothing, because the artistic director of the theatre was the famous Russian actor Oleg Tabakow. Tabakow had very good connections to official bodies. It does not follow any logic, but always depends on who and when and where.

How did the death of the two founders of Teatr.doc Mikhail Ugarov and Elena Gremina and the death of Dmitry Brusnikin influence the theatre scene?

The Teatr.doc of Gremina and Ugarov was not only a theatre, but a community of like-minded people. The community around the very small theatre with only thirty seats was huge. Now that the two charismatic leaders are dead, the landscape is changing dramatically. Brusnikin was another personality. He never founded such an institution, but he was a theatre teacher and many young people came to him as students. He changed the mental situation of our theatre a lot. It is a sad coincidence that these three theatre people practically all died within a year. Oleg Tabakow must also be added. His artistic directorship at the Moscow Art Theater began in 2000 at the same time as Putin’s first presidency. Tabakov opened the country’s most important stage for Serebrennikov, Bogomolov and Yuri Butusov. After Tabakov’s death, the first action of the new artistic director was to deprive Bogomolov of the opportunity to work there. Even though Tabakov was quite old and perhaps a bit old-fashioned, he still fought for the new. The theatre-makers Ugarov, Gremina, Brusnikin and Tabakov died, Serebrennikov was arrested and Bogomolov bid farewell to the Moscow artist theatre. The question is whether this vacuum can be filled in the future? Russia is a big country with a lot of talented people. In the years of Stalinism so many people were killed and yet Russian art did not die.

“In order to do something independent, it seems you have to be further away from the center of power.”