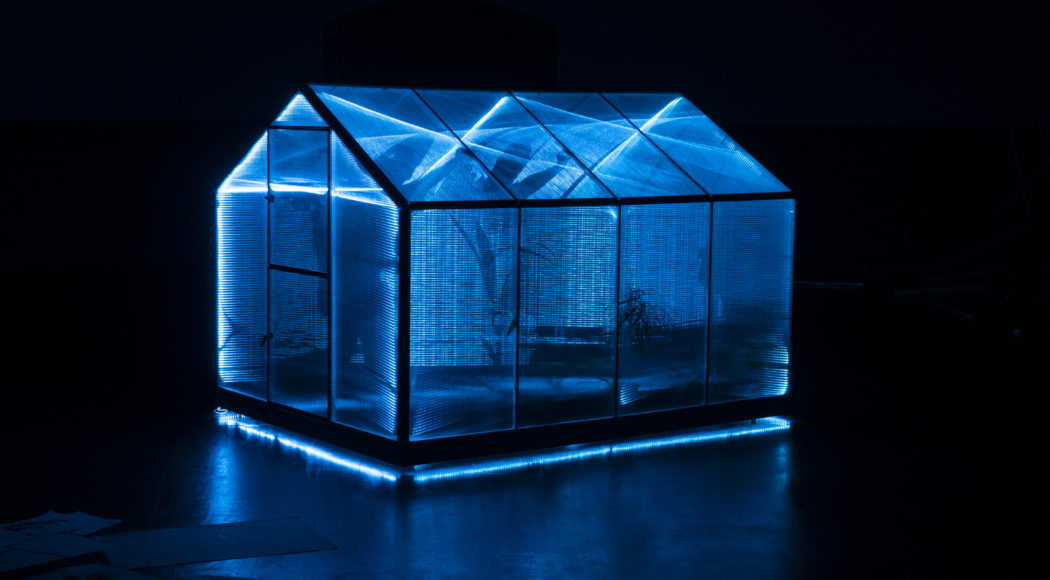 Festival of the Alliance of International Production Houses

The climate crisis demands a radical rethinking and action that encompasses all social and political fields of action. Philosophers such as Donna Haraway, Bruno Latour and Timothy Morton are not the only ones calling for a redefinition of what traditional categorisations of nature, culture and man include and exclude. Whether in the economy, education, technology, urban and landscape planning, in everyday life or in culture – a reorientation is inevitable everywhere. What is the role of art in dealing with the approaching planetary crisis? What kind of interaction and transferable knowledge do artists generate in their practices? How can a new for- and togetherness be developed at the interface of different disciplines and forms of knowledge?

“CLAIMING COMMON SPACES IV: Cool Down” is a festival, thematic platform and working meeting at the same time. And it is part of the multi-year event series CLAIMING COMMON SPACES within the alliance of international production houses, of which HELLERAU has been a member since 2015. The fourth edition, which HELLERAU is organising together with PACT Zollverein in Essen and numerous other partners in Dresden and the Saxony region, focuses on our most important common space – planet Earth. In a time of advancing global warming, “Cool Down” is an invitation to collective reflection as well as an aesthetic encounter with the phenomenon of the climate crisis and its catastrophic effects.

With a series of dance and theatre productions, installations, participatory performances, panels and interactive workshops, the artistic programme of “CLAIMING COMMON SPACES IV: Cool Down” creates sensual, physically and emotionally activating spaces of experience that encourage people to think about a new way of living together, to generate options for action and to take a stance on the climate crisis. In addition to the public festival “Cool Down”, CLAIMING COMMON SPACES IV will extend to residencies, joint working meetings and gatherings where artists and experts from various professions will exchange experiences in order to initiate an ecological rethinking. The joint organisation of CLAIMING COMMON SPACES IV brings together HELLERAU, Dresden and PACT Zollverein, Essen, two former major industrial regions where the relentless overexploitation of natural resources has had a drastic impact on society, infrastructure and the environment. The idea of jointly conceiving this issue grew out of the interest in looking at the processual and examining the common, the togetherness. Public formats will take place at PACT Zollverein from 20 to 26 June and at HELLERAU from 01 to 09 July.

Funded within the framework of the Alliance of International Production Houses by the Federal Government Commissioner for Culture and the Media and by the Ostdeutsche Sparkassenstiftung together with the Ostsächsische Sparkasse Dresden.

Regarding the Artistic Process

It is not a question of doing the impossible but of exhausting the possible.

The world is complex.
That’s what they say.
We never stop saying it.
We never stop believing it.
But this complexity entrenches us. Pushing us to believe in our own impotence.

Nevertheless, it’s simple, we’re still here, alive.
Active, regardless of everything.
Ceaselessly testing what is possible for us (small or large).

That’s where we are.
Inventorying what is possible.
Toying with the possible without achieving it.
Going to the exhaustion of possibilities.
An exhaustion that renounces any order of preference and any organization of purpose or
meaning. We don’t prefer one over the other.
We don’t achieve any more, even though we continue to accomplish.

A multiplicity where the exhaustion of that which is possible composes. Gives rhythm.
A multiplicity filled with uninterrupted movements, with accelerating, with releasing.
Constant alterations which give us the joy of the unpredictable.
The joy of giving ourselves the potential to act.
The joy of living our capabilities for transformation.
We’re not made once and forever.
We don’t know what a life–or a body–can do or be?
We don’t know what postures and positions will spread from our interferences
(external and internal)? Positions, postures, accidents, dissonances, steps and paths,
approaches, exhaustive positions setting off in diverse directions –

And then, create the possible as one carries it out.
Because there is no existence except that which is possible.

Too much to do with a possible more and more restricted to care about what is still
happening:
the highest exactness and most extreme dissolution; the indefinite exchange of formulations and
the pursuit of the formless or the unformulated.

To the point of exhaustion.

Exhaust the potentialities of a motif by composition, decomposition, and recomposition of variations, successions, and juxtapositions, in a continuous flow: fugue and canon.

Populated, traveled spaces:
Without here nor there nor ever approaching nor moving away from anything all the steps
of the earth. (Samuel Beckett–For to End Yet Again)

Spaces formed and deformed, constructed and deconstructed, among themselves.
Limits that never cease moving, ruptures.
Combinations of positions that occupy the elements in space, until exhaustion.
Possibility that an event itself possible occurs in the space under consideration –
encounters/ collisions, possibilities of a unique event following the order and the course of the series.

And then exhaust the words, and bring to life another language, in the way words
themselves give that which is possible a reality of their own – the replacement of clauses
and syntactical relationships with enumerations and combinatorial relationships, waves
which blend or contrast themselves, to the point of drying up the flow, until silence.

Unstable construction, where the encountered singularity extends itself into the proximity
of another.

A construction step by step.

Where the being-here of each individual will bring forth a poetics of being with the world.
A state of aliveness where the irreducible intersubstance and positioning in perpetual
movement are in play.
And so, we shall be here in shared time, shared space, shared environment.
Investigating–eight artists together–that which links things.

Catching a glimpse of the porosities.
And not personalities, merely anecdotal.
Again stating the necessity of addressing others, of the appeal of the indefinite.

“Others” as the “possible worlds” to which movements and objects confer an always
variable reality. Others who have no other reality than that which their voice gives them in
their possible world, and who are in themselves “stories” and “histories”.

CLAIMING COMMON SPACES IV: Cool Down” opens with French choreographer Maguy Marin’s dance performance “ENVIRONMENT”, which premiered in 2004 and was the subject of heated debate at the time. In a hypnotic sequence of scenes, Maguy Marin depicts human existence as perpetual motion, the most striking element being the turbulent relationship between man and his environment. The carelessness with which people lead their lives creates a growing mountain of rubbish at the front of the stage. Human traces that hint at an impending catastrophe.

Has anything changed since the premiere 17 years ago? “We play with what is possible without achieving it,” Marin puts it in perspective and sums up our present: we do what we can, but there could be much more. And so the challenge posed by her piece “ENVIRONMENT” is more relevant today than ever.

I Am A Permanent Member
The collective as a meeting place

GASTSTUBE° is the meeting place of the three artists Beatrice Fleischlin, Andreas Liebmann and Nicolas Galeazzi and their artistic questions. They are driven by the need and desire to invent new forms of pleasure in the context of the climate crisis that are not based on exploitative conditions. GASTSTUBE° wants time and space to performatively explore being together.

As part of CLAIMING COMMON SPACES IV: Cool Down, GASTSTUBE° is working to further develop I Am A Permanent Member, a platform for artistic practices emerging in response to the climate crisis. I Am A Permanent Member (IAAPM) sees itself as a counterpart to the UN Security Council and its permanent members. IAAPM facilitates exchange and the development of attitudes and necessary actions to learn to deal with the catastrophic consequences of the climate crisis in the here and now.

The following practices are intended for private use. GASTSTUBE° looks forward to hearing about your experiences: permanentmember@gaststu.be

Choose a pair of shoes that you often wear at the moment. Look at them and think about where the materials come from, what manufacturing processes they have gone through, what hands they have passed through, what transport routes they have taken to get to you. Take a piece of paper and a pen and write a letter to your shoes and the real and imagined people you are connected to through your shoes. Invite friends to do the same. Read these letters to each other.

Variation A
1. Go for a walk to find a thing outside that you think needs renovation.
2. Renovate it.
3. Build in an element that is alien to the thing, which will eventually, somehow transform the thing.

Variation B
1. Take a walk to think about all the things you see in yourself as needing renovation.
2. Choose one of these things and renovate it.
3. Build in an element that is foreign to you, which will transform this thing at some point, somehow.