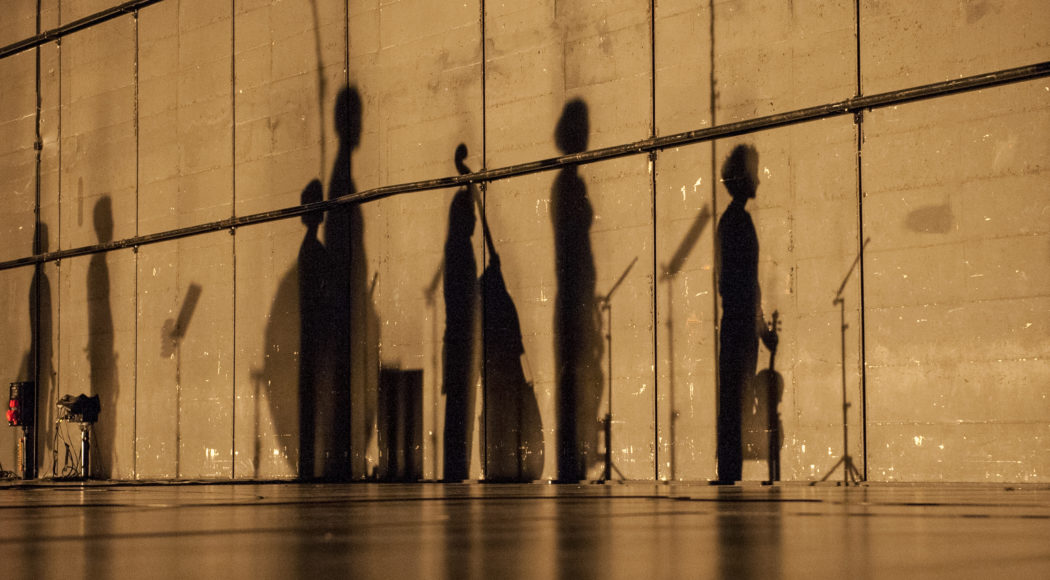 NEUN, the two-part cooperation between the Berlin soloist ensemble Kaleidoskop, HELLERAU – European Center for the Arts and the State Opera Hanover, takes two monuments of orchestral literature as its starting point: The 9th symphonies of Ludwig van Beethoven and Gustav Mahler. Both works, premiered in 1824 and 1912 respectively, mark the beginning and end of the great romantic form. Beethoven’s “Ninth”, hardly surpassed in popularity to this day, was to remain his last symphony. As a key work of symphonic music, however, it prepared the ground for future composers of the Romantic period. Some 90 years later, Mahler initially shied away from working on his Ninth Symphony, fearing that he would not be able to go beyond this number, alongside Beethoven, Schubert, Bruckner and Dvořák, and compose his own death with it. In fact, Mahler then used the 9th Symphony, written shortly before his death and performed for the first time only afterwards, to describe the farewell to life and the transition to death – and at the same time the transition to a new epoch. These two works are brought to the stage as “Farewell” and “Beginning”, newly arranged by the soloist ensemble Kaleidoskop. The well-known musical material will be played in a small ensemble and reinterpreted performatively, sonically and spatially. Through this appropriation, the compositions are freed from the overwhelming pathos of the great orchestral work and the potential of the works is revealed. The Solistenensemble Kaleidoskop and the musicians of the Lower Saxony State Orchestra create a musical theater that shifts listening habits and focuses on the physicality of the music and the musicians themselves. They do not form a uniform, homogeneous body of sound that plays together as the playing of symphonies in a classical orchestra would suggest. Rather, the heterogeneity of the players and their individual involvement with the work is taken seriously and made visible and audible on stage. The musicians become active storytellers of and with their music

The last movement “Adagio. Sehr langsam und noch zurückhaltend” from Gustav Mahler’s 9th Symphony forms the starting point for the music theater “Abschied”. The first part of the two-year cooperation poses the question of how to find a new beginning after an end. From the current crisis situation, the Finnish choreographer Milla Koistinen, the artist Ladislav Zajac, musicians of the Hanover State Orchestra, and the director and composer Michael Rauter with the soloist ensemble Kaleidoskop explore the time span between a closed before, to which there is no return, and a still uncertain after. The “Adagio”, a slow and sublime swan song of the monumental work, is transformed for “Abschied” into a newly arranged and choreographed version for eleven strings* inside and one dancer. Played extremely slowed down, the romantic gesture disappears behind standing sounds. Ever quieter, the music moves towards its disappearance. At the same time, a choreography unfolds out of inconspicuous routines and trivialities that only rarely come into focus of our attention. The second part of the piece is determined by repetitions and the overlapping of heterogeneous sound material. A breath choir overlaps with vocal, gestural and musical fragments to form an almost humorous collage. Inspired, among other things, by Orlando di Lasso’s choral works of the Renaissance, new music is created for it in collaboration with the American composer Ethan Braun. The result is a coexistence of individual voices and individual rhythms; a hopeful outlook on the beginning after the end.

The Doppelpass program of the German Federal Cultural Foundation brings together the soloist ensemble Kaleidoskop and the two institutions HELLERAU and the Hanover State Opera on different levels. Since (new) forms of music theater are developed by all three partners in very different ways, with different means and working structures, this cooperation aims to provide new impulses. The Festspielhaus Hellerau, which was built in the 1910s at the same time as Mahler’s last work, paved the way for interdisciplinary work in the German-speaking world of theater and dance with its open stage space and the idea of the rhythmically trained human being. The structures of this experimental stage meet those of the Staatsoper and thus set each other in motion. At the same time, musicians* of the Lower Saxony State Orchestra, who normally play the great works of opera and concert literature in the opera house, will be on stage together with members of the soloist ensemble. Together, new forms of music and music theater will be tested and presented with the products of the orchestra.