Kirill Serebrennikov shoots an atmospheric homage to two legends of Russian rock history. With musical segments and western pop songs he transforms the grey Soviet everyday life into an atmospheric collage about outer censorship and inner freedom. “In Kirill Serebrennikov’s music film, the club becomes the architectural manifestation of a Russia shortly before perestroika, in which artistic and personal freedom is not in good shape. The fact that the director himself was arrested during the final shooting and was not allowed to attend the world premiere in Cannes in person also extends his film into the present on the production level. The bitter truth that the story seems to be going round in circles is squinted around the corner with a nasty grimace.”

Film music, among others, by Shortparis

In Kooperation with Thalia Cinema  – Coffee and Cigarettes 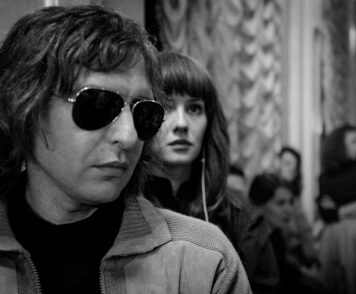