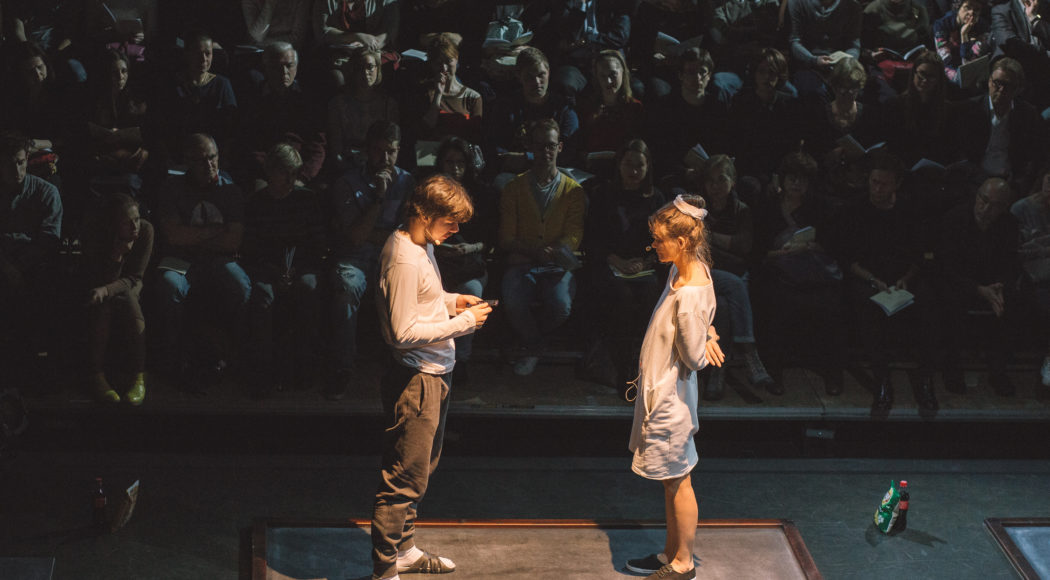 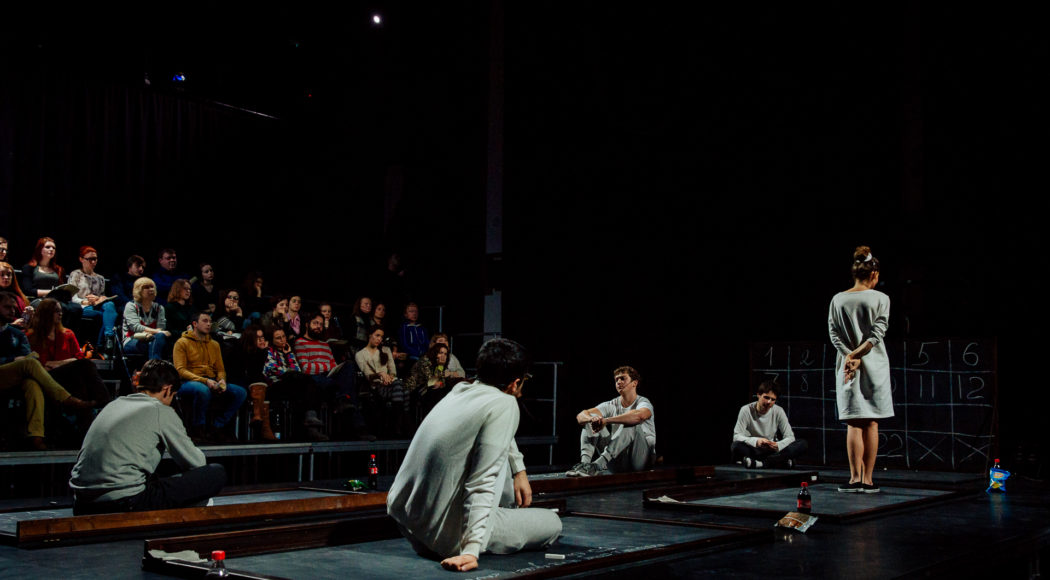 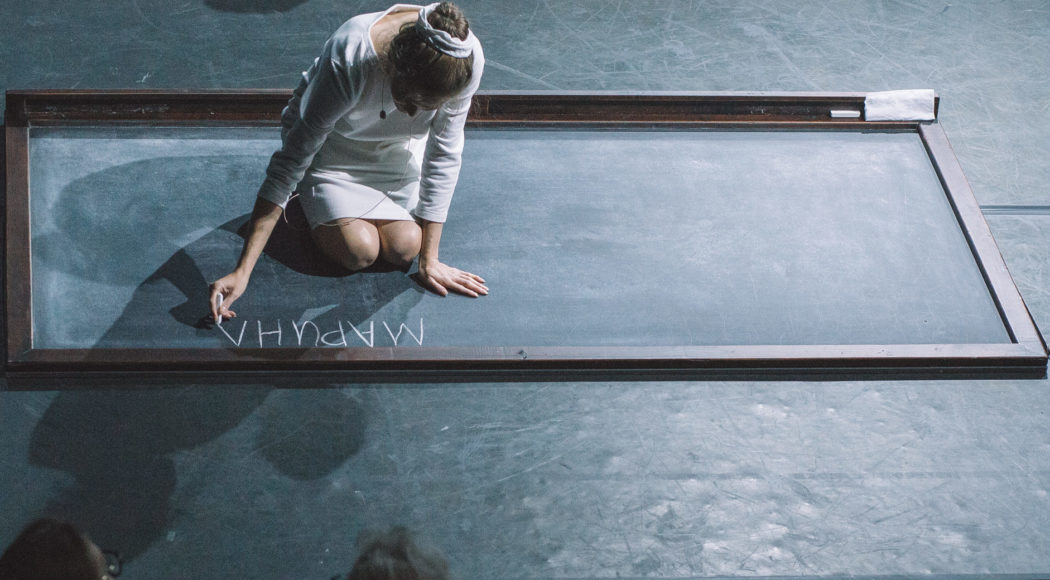 The piece is dedicated to quantum physics and is a construct of non-linear “actions”. It is based on well-researched everyday language and it is taking place in the vast agricultural areas of Belarus, not far from the border of the European Union. Harvester drivers and their girlfriends work in the vast fields, that are owned by either Norwegians or Poles. They spend their free time together, giving each other presents, dancing, downloading film files, calling each other and finally meeting in a beautiful pagan love finale right under the night sky next to the fire. Volkostrelov and his actresses have integrated the text into a mathematical algorithm of the stage and the audience has the task to follow the different turns on the “field” by help of a “plan”.

Dmitry Volkostrelov belongs to the younger generation of Russian theatre directors and is known for his idiosyncratic concepts in dealing with contemporary material. Volkostrelov stages his plays both in theatres and non-theatres. He experiments with different audiences and creates extraordinary encounters. Many of his productions are based on texts by the equally experimental Belarusian playwright and screenwriter Pavel Pryazhko, so that both are perceived by critics as an unmistakable tandem of contemporary theatre. Volkostrelov, who studied at the St. Petersburg State Theatre Academy with Lev Dodin, founded the independent teatr post in St. Petersburg in 2011, whose main concern is the search for a new theatre language for the exploration of our time. Volkostrelov was invited with his productions to international theatre festivals and repeatedly nominated for the Golden Mask, which he won in 2013 together with stage designer Ksenia Peretrukhina.

Pavel Pryazhko is a playwright and screenwriter from Belarus. His plays are performed both in Russia and on international stages and have been translated into many languages. Pavel Pryazhko is the winner of the Golden Mask.

The teatr post is supported by the Mikhail Prokhorov Foundation. 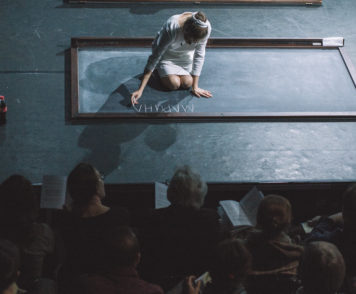