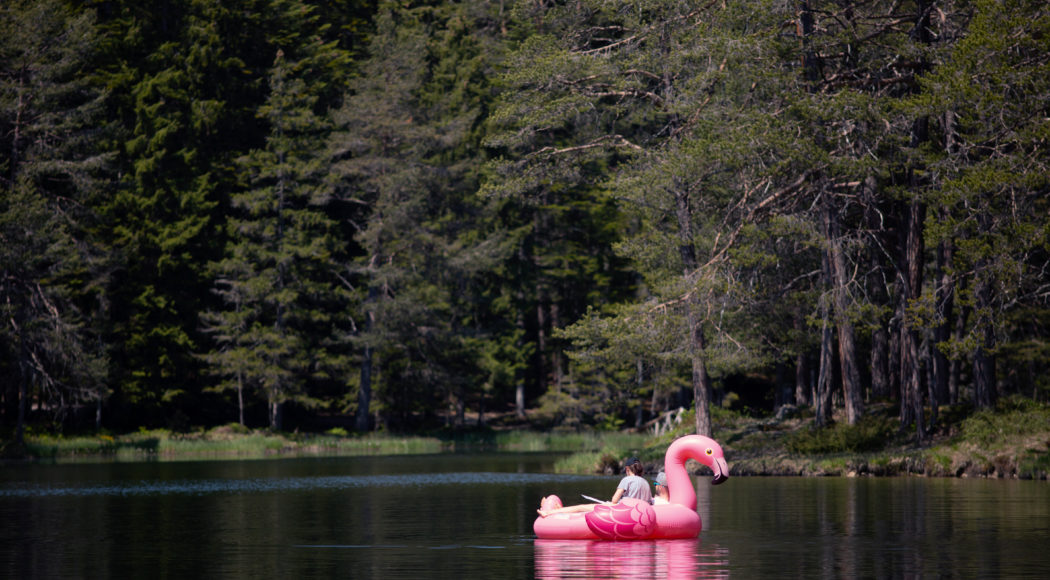 Wilde Tiere unserer Heimat deals with the revival of the concept of home (which is currently undergoing a lot of effort again) in the Romantic period.

The industrialization of the 19th century all too clearly indicated a revolution of the social order in which the role of man seemed uncertain. Thus (in fashion, philosophy, art, everyday life) the past of rural idyll was conjured up that had never existed in this form. People who felt uprooted from the big city, detached from machines, or pushed into a corner by emancipating women, returned to supposedly original forms of expression and sought security and stability in them.

The starting point for the exhibition is a room that we have taken over from the work Where the Beautiful Trumpets Blow. This music theatre installation took place in 2019 in the entire building of the Lofft (Leipzig) and charged the song Abendlich schon rauscht der Wald by the Leipzig composer Fanny Hensel with various images that sensually condensed various qualities of the term between cosiness and alienation, between community and brutality and exclusion, between credibility and exposed construction.