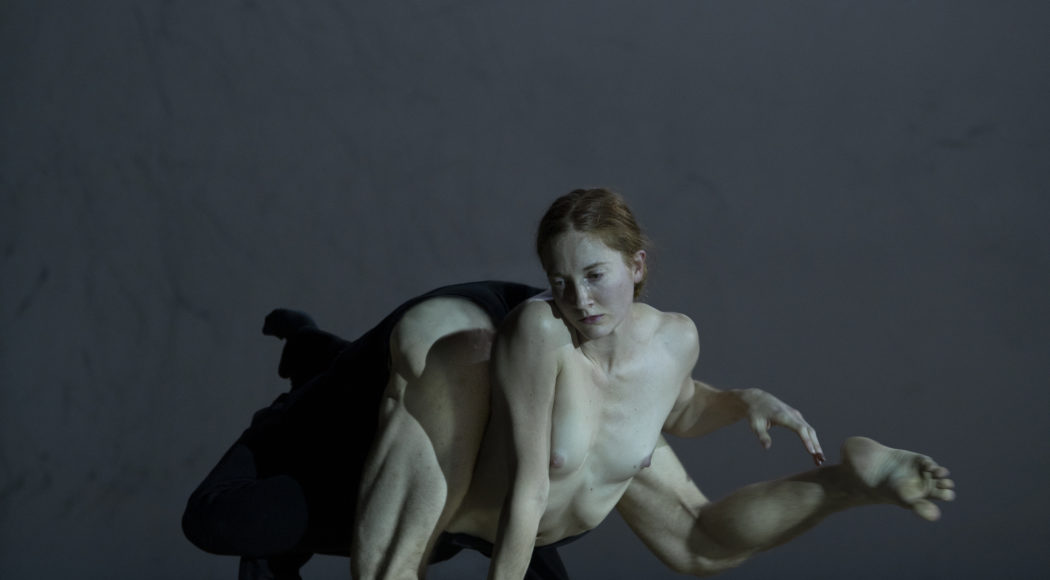 After the success with the piece “The Great Tamer” in October 2018, Dimitris Papaioannou is now a guest at HELLERAU with his new work “Transverse Orientation”. The visual philosopher, artist and choreographer Dimitris Papaioannou, who deals with existential questions of life and being human in his works, creates haunting surreal images by fragmenting and creating human body images. Referring to major themes in art history and Greek mythology, in “Transverse Orientation” the young generation turns against a giant bull that symbolises a violent, antiquated power. The bull is killed, just as the mythical hero Theseus killed the Minotaur (half-man, half-bull) on Crete: in the hope of a better future. Nevertheless, Papaioannou has admiration and compassion for the archetypes, which he values symbolically: “They have determined the course of history and given people a direction”. With a great sense of composition, timing and humour, “Transverse Orientation” is both an ode to the ancestors and a farewell to them – with potential for something new.

Dimitris Papaioannou studied at the Athens School of Fine Arts and develops large-scale total works of art for the stage as a director, choreographer, performer, set and costume designer and painter. He gained international fame with his celebrated opening production of the 2004 Athens Olympics. In 2017, he received the special prize of the European Theatre Award. His visual, precise handwriting with a love of detail and the absurd also brought him to Tanztheater Wuppertal. There, in 2018, Papaioannou was the first choreographer after Pina Bausch to stage a full-length piece with her ensemble.