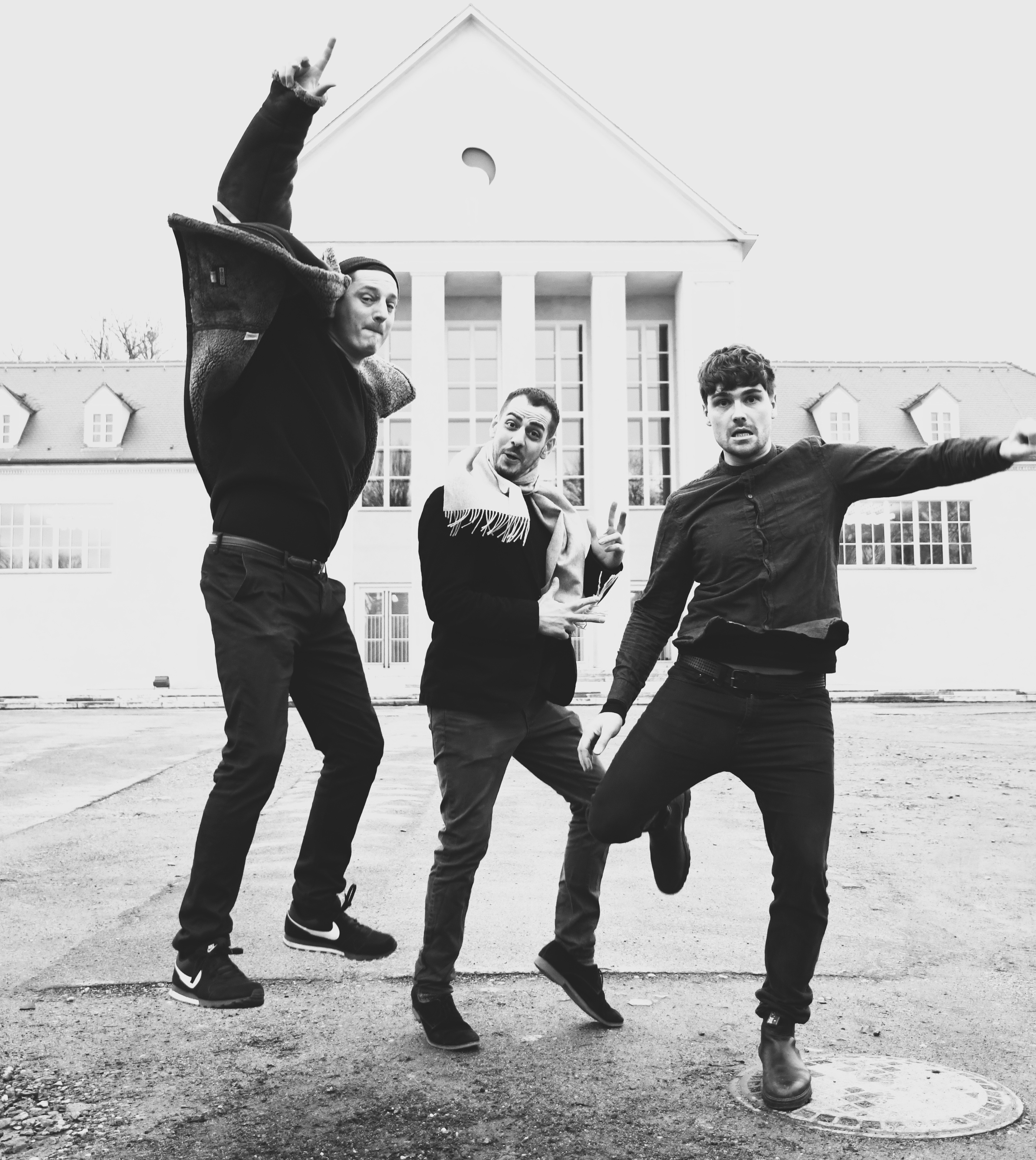 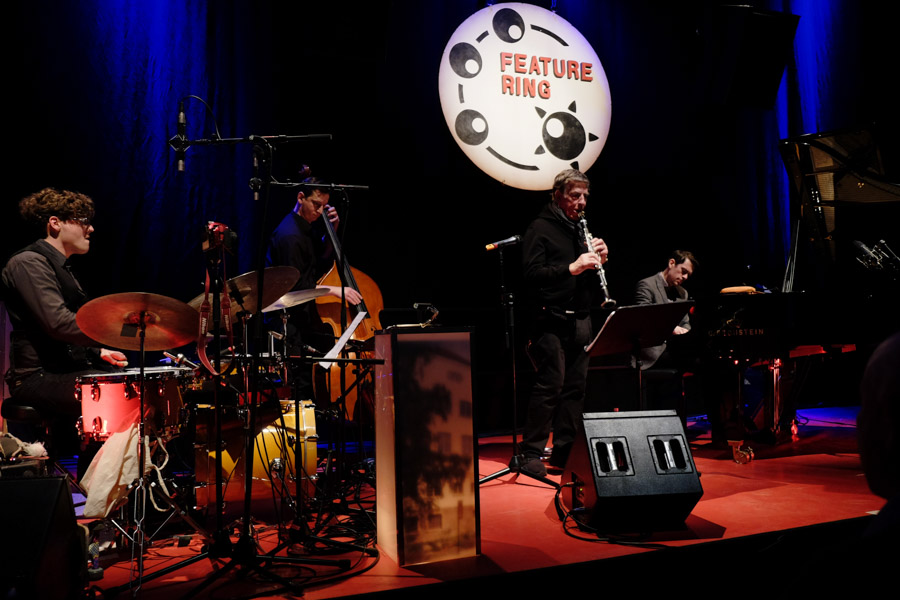 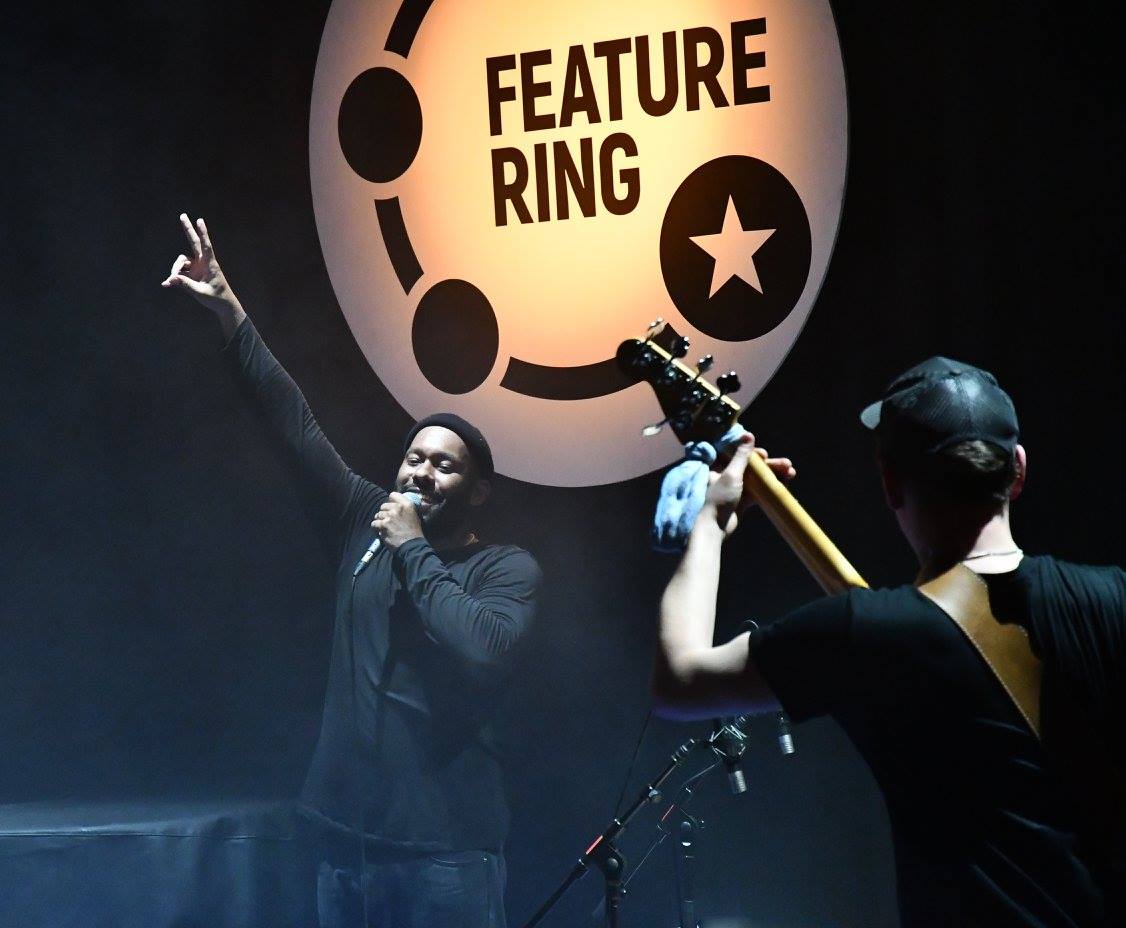 For more than ten years now, the Ring Trio has managed to inspire visitors and listeners anew each time at their monthly workshop concert. Always new, always different – be it light art, poetry or jazz music: as a well-established series, the trio welcomes different artists to join them in bringing something new and unique to the stage.

Feature Ring is an exciting first encounter. The artists meet the day before the concert, research, jam and develop the repertoire: spontaneous, raw and risk-taking!

Demian Kappenstein, born in 1983, studied jazz percussion, free improvisation and contemporary music with Prof. Günter Baby Sommer and Michael Griener at the Dresden University of Music from 2004 to 2009. From 2009 to 2011 he was a master student with composer and percussionist Eric Schäfer from Berlin. Kappenstein has worked with musicians such as Rolf Kühn, Giora Feidman, Markus Stockhausen, Kurt Rosenwinkel, Arve Henriksen, Louis Sclavis and Robyn Schulkowsky. In the jazz series ‘Feature Ring’ at the European Centre for the Arts HELLERAU, he has been bringing national and international artists to Dresden since 2007, which he accompanies with his trio. In 2012 he won the Bremen Jazz Prize with the band Masaa, in 2015 the RUTH World Music Prize and in 2017 the German Record Critics’ Prize. With his duo ÄTNA he received the Music Match Award in 2018.

In his concerts for solo percussion he works on the connection of electronic and acoustic music and their visual perception. His solo debut WEIT was released as a special edition by Jazzsick Records in Cologne. In December 2015, Kappenstein presented the “invisible drums-invisible drums” developed with Marc Bangert in duo with Vincent von Schlippenbach at the German Bundestag.

Eren Solak, born in 1981, studied at the Hanns Eisler Academy of Music in Berlin with Reggie Moore and Jiggs Whigham from 2001 to 2005 after a classical education. Since then he has lived and worked as a pianist, singer and producer in Berlin. As a sideman he has worked with Sebastian Merk, Hayden Chisholm, Ronny Graupe, Michael Kersting, Felix Wahnschaffe, Jelena Kuljic, Clara Hill, Andreas Brandis and “Thief” (Sonar Kollektiv/Jazzanova).

As a producer/pianist, there are numerous record releases with “Âme” (Innervisions), “Pied Plat” (Rush Hour), “Miramode Orchestra” (Agogo Records/Jazz thing Next Generation) as well as with the piano trio “Grim” (Nasswetter Records).

Felix-Otto Jacobi, born in 1980, is a bassist and composer. He grew up in Halle/Saale and studied electric and double bass at the Hochschule für Musik “Carl-Maria von Weber” Dresden. He is co-founder of the jazz and free improvisation series “Feature Ring”, head of the piano trio “GRIM” (nasswetter rec.), member of the “Barbara Thalheim Band” and the “Miramode Orchestra” (Agogo Records/Jazz thing Next Generation). He leads the Big Band of the H.W.Henze Music School Berlin Marzahn/Hellersdorf and the Big Band of the City of Brandenburg. His concert tours have taken him to Canada, China, Russia and Turkey, among other places. He has played with Thomas Quasthoff, Rolf Kühn, Arve Henriksen, Markus Stockhausen, Kurt Rosenwinkel, Gitte Häning, Miss Platinum and Katharina Frank, among others. Felix-Otto Jacobi currently lives and works as a teacher, sideman and composer in Berlin.